The Thirteenth Going on the Fourteenth 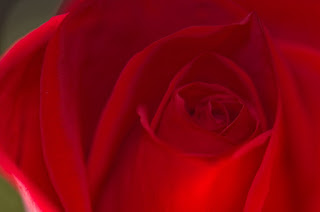 In 1981, the Thirteenth of February fell on a Friday. It’s a day I don't forget. I was seventeen and in the middle of my first year in Third Level Education in Dublin. I was enjoying the course and all my new friends, and I was a little bit lost in practically every other respect.

Every Friday since September, I had scurried home to Sligo on the bus and rolled back again on Sunday evening. Although I was getting-by okay, I felt that five days was as much as I wanted to do. This Friday the Thirteenth, this fateful day, was to be the start of the first weekend I hadn’t ever come home.

There was to be a party, a Valentines Party, in our college. I was going. Although my college was Bolton Street, we had our own little annex on the other side of the city, just off South Great Georges Street. Longford House was a three storey ex-knicker factory and we loved it there. We had our own dedicated studios, one for each year, and our own little canteen in the basement. It was becoming a home-away-from-home. It was time to try a weekend there.

The afternoon of Friday the Thirteenth was not auspicious. We were practicing our chain-and-tape survey techniques out of doors in Kings Inn Park and it was bloody cold. A man on a bicycle cycled right through our measuring tape and tore it in half. He didn’t stop. Yes, it was Friday the Thirteenth all right.

I went home and got ready for the party. I set out early because it was quite a long walk from Phibsboro to the ‘Knicker-Factory’. I walked almost everywhere. On the way out the door, my Landlady gave me a brightly coloured envelope. “Post that down the town, will ye?” It was a Valentine’s Card for the young fella in the room next to me, “I don’t think he has much chance of getting’ one.” She never posted one for me, though I didn’t get one either. Anyway, I posted it, it arrived. That part all worked out.

I had arranged a survival technique for the party. I had volunteered to do the bar all night. I had worked behind the bar in Sligo for all my teen summers and it was a place I felt comfortable and defended.

I don’t remember much about the party. It was fun, the bartender thing worked well for me. I sneaked out and danced a bit from time to time. Madser, who was profoundly deaf, impressed us all by dancing with a great sense of rhythm. He explained how he would ‘feel’ the music through the concrete floor. Mr. Lauder, one of our younger lecturers, promised that he was close friends with Freddie White and that he would get Freddie to drop by and play a short set at the party. That sounded great but Freddie never showed, and Mr. Lauder was affectionately known as ‘Freddie’ by everybody for the remaining years I spent there.

I don’t remember how I got home. I probably walked. As I said earlier, I walked everywhere. If I did, I have no impressions of that walk. I could make something up, I suppose, blue lights flashing in the night, sirens howling but, no, I’ve got nothing. I got home somehow and tumbled into bed and didn’t get up until noon the next day.

On the Thirteenth, going on the Fourteenth, I didn’t know anything about anything.

The first I knew was coming into the kitchen, in search of Corn Flakes, and Maggie telling me how I’d probably be wise to phone home. I listened to the radio and watched the television in shock for a little while and then decided she was probably right.

There was no phone in Maggie’s house. There was no phone in our house in Sligo either. The procedure was to walk to the phone booth down near the shopping centre and wait your turn and drop in your coins and press button A and talk to our neighbour from four doors down.

Mrs. Hopper sobbed. I had never heard that before.

I think about the Stardust Fire on every February Thirteenth going on Fourteenth and I think more about it on the years that the thirteenth falls on a Friday, like it did then, and we all tiptoe around for fear that something terrible might happen.

I’m thinking hard about it this year too, even though the days are not in sync. It’s forty years ago today since I walked to that phone booth to let them know I was okay. The horror of the lives lost on that night does not go away. The quest for truth and justice, by the surviving relatives of the 48 people who died, never seems to end.

This morning, the Fourteenth of February, as the wind whips the house and the rain pounds my window, my mind goes to them. The good people who scribbled their cards and walked out into the cold night and, braved the party and danced…

A particularly hard gust of wind hits the side of the house. Happy Valentine’s Day. Hug the ones you love, if you’re able to. If not, maybe say something nice to somebody.

1981. Let’s see. I’ve no doubt I remembered Valentine’s Day because I’ve only not bothered with it the once (I kinda thought Carrie and I were done with all that but I was informed it was a holy day of obligation) and I’ll never forget it again although this year I had to dig out the emergency card. 1981. I had a nearly-one-year-old daughter and a four-year-old marriage that was beginning to fall to pieces although I’d no idea it was. I’d recently been promoted, something I’d worked hard to achieve, but got transferred to a new office and into a field I had no experience of and certainly no expertise in—imagine the bass player in a rock band getting sent to conduct a symphony orchestra (it’s all music, innit)—and I was struggling big time. I was also, unbeknownst to me (but because of burnout I now realise), slipping into my first major depression. So you’ll forgive me if I don’t remember the Stardust Fire. Nothing in the Wikipedia article rings any bells either. I might not’ve been watching the news back then. I’ve often gone for years without picking up a paper or tuning into the news on radio or TV. My dad never read a newspaper so I guess I picked up that habit from him. Also his sense of detachment; there was us and the world and we didn’t really bother with the world. Never quite shaken that. Which is why, I guess, I’ve struggled to engage with politics most of my life. Upbringings have a lot to answer for.

Their memories haunt their families every Valentine's Day ,no one to answer their questions;why am I not surprised.