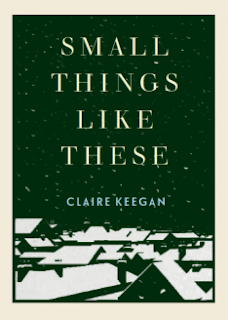 There is always a Christmas Post here on the blog. In all the years, through all the Christmases, there has always been something seasonal. The subjects have varied down through the years, How Santa is Real, Off Colour Seasonal Jokes, Insular Christmases, Yuletide Ghost Stories. You name it, this old blog has covered it. Hell, there’s even been a Covid Christmas Blog. I didn’t think there’d ever be another.

Some years, Christmas Day falls really close to my Sunday ‘Blog Posting’ day and that’s always kind-of handy. For those years, I can perhaps squeeze some words out of the festive marinade I’ve already steeped myself in. Not this year. Here I am, Saturday afternoon, and Christmas Eve seems a million miles away. There are four days work left to do and a lot to do in them. There is shopping and stocking-up and even some more baubles to be hung on the semi-decorated tree.

Maybe that’s why it’s hard to get seasonal yet.

That’s the bother. This post has to be the Christmas Post because it will be all over bar the shouting by the time next Sunday comes along. But, yeah, I’m not feeling it. Maybe it’ll kick in f I keep typing. So, keep typing.

In trying to concoct a blog post for Christmas this year, most of my thoughts have been about Christmases past and thinking about how long ago they were but also how not very different they now seem to have been. This is a thought sparked, at least in part, by having read ‘Small Things Like These’ by Claire Keegan, which is a very, very good book. In it, an Ireland is described which seems particularly old and tired and like something from ancient history. But here’s the thing, it’s Christmas 1985.

Though I loved the book, my brain found it hard to parse this literary vision of 1985 with my own memories and experience. The Ireland of the book seems more like a 1950’s place than a 1980’s place. Granted, by 1985, I was gone to London. In 1985, I went to Live Aid, Ghostbusters and Gremlins had already been out for a year, Shakin’ Stevens was Number One. This was not a time of coal trucks and power-wielding convents. This was not such an old time.

Except, of course, it was.

For me, my Christmases don’t seem to have changed very much at all over the 58 ones I’ve had. High Society and Ice Station Zebra have always been on the telly. There has always been a good exciting present to receive. There was always food and family and fun. Nothing’s changed.

Except, of course, as we all know, everything has changed. Those film I mentioned may be still around, but they are now buried on some classics channel where once they were the main attraction. Gifts have grown in size and quantity, as has the food and drink. Most profoundly of all, the Family is a different Family – my Family. That Family of 50 years ago (also my Family) is scattered and some are (tragically) gone.

All feels the same, yet all is changed. It’s like that old French phrase except reversed.

I look to movies from my life span, and they don’t seem all that old. The Beatles, in the clips I’ve seen from that new documentary, seem fresh and vibrant. I look to something made before I was born, like West Side Story, and it's like it is from another planet.

It’s all just another Christmas illusion. Last night, on the telly, ‘Die Hard’ came on. For perhaps the first time, it looked a bit dated and old. Perhaps that’s because I only saw the opening ten minutes and that’s a part I rarely see. There are openly displayed guns on planes and smoking in airport terminals. The hero ogles every other female as if they are a piece of meat. It’s from another time, just like I am. (It’s still great when it all kicks off though).

'What is the point of this story?', as Paul Simon once said, 'what information pertains?'

I don’t know, really. Christmas is a time for reflection, yes, but the reflections can be distorted and given a golden hue, as if reflected in one of those baubles on the tree.

Best not to dwell on it all too much, perhaps. Elder son arrives on the train on Tuesday evening and Younger son is fresh returned from London. Once again, it looks like we will all be allowed to be here together, under this roof. That’s the best thing ever. It should be nice. It always is. But the weight of the years bears down a little, the trickling fear of the virus creeps persistently around the back door.

And, where once a toast to absent friends was nothing more than a series of words to be spoken, these days the memory of those absent friends sits across from us at our table and smile at us with their eyes, from across the years.

Thank you for stopping by the old blog this year. It has meant a lot. I wish you a Happy Christmas and hope it brings you some light and warmth and a little respite from the everyday. 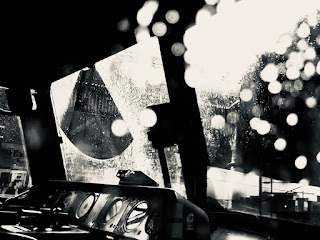 (Note – This is intended as a light-hearted piece. I don’t blame Craig David for anything. Really.
Rock on, Craig)

Does everybody have them, or is it just me? Silly notions. I mean, stupid ideas. Things that are patently not true and obviously ridiculous but, yes, I still give them some tiny bit of room inside of my head. I have quite a few of them. A high proportion of them relate to rain. Let me give you a ‘for instance’.

There. That’s rubbish. It makes no sense at all. And yet… and yet… some small part of me thinks there just might possibly be the slightest modicum of truth in it… even though there patently isn’t and it’s just pure bullshit.

But, still, if you go out in the rain in the dark, you don’t seem to get quite so wet.

If you’re driving along and you put your windscreen-washers on, this can sometimes cause a rain shower to commence.

I know, right? Complete garbage. Except… haven’t you ever noticed it? It’s not raining, you randomly decide to give the old washers a squirt. Suddenly, from nowhere, it’s raining. Silly. Untrue. But might there just conceivably be something to it? And, if so, is it perhaps some random peek into some strange alternate world.

No! Of course not! Except…

The point of writing this post is that I have a new one of these. Well, not new exactly. In fact, it’s four weeks’ off being two years old. It’s not a spoiler if I tell you what it is because it’s right there up in the title. I have this sneaking suspicion that Craig David might be responsible for the Pandemic.

Let me explain, as much as I can (because it’s obviously just stupid).

On New Year’s Eve, in our house, we have a well-established tradition. We go nowhere and we do nothing. It’s wonderful. When it comes close to that time when the old year dies and the new one begins, we alternate between watching Jools Holland and his Hootenanny on BBC2 and whatever live gig/concert is being offered as bookends to the fireworks over on BBC1. It generally works very well. The concert is invariably someone who will entertain and not piss anyone off too much and Jools… well Jools is Jools, innit? We have a Babycham or two and wish each other a Happy New Year. Text messages hop around from people in much more exciting places, doing much more exciting things. We don’t care. As the oldish song goes, 'when you’re with me, next year will be the perfect year'.

And then, suddenly, there was Craig David…

December 31st 2019. Jools is in full swing. Let’s just flick over to Beeb One and see who they’ve got to tickle our musical tastebuds_

Now I’ve got nothing against Craig David. He’s a very talented singer and musician and, by all accounts, a lovely man. And he’s got that song where he met the girl on a Monday and then apparently, they rogered each other for the rest of the week… or something like that. All very well. All very good.

But he didn’t fit the bill, not for me anyway. He didn’t meet the criteria for New Year’s Eve firework bookend entertainment. Not enough hits, not mainstream enough? I don’t really know. Lovely guy, great musician, just not for me, not on that night.

And I got the hump. Right there, as 2019 ran down to its inevitable demise, just because Craig David was on my telly box, burglarising my bliss. I got the hump, and I made a proclamation (they could have put on The Proclaimers, that would have been all right).

So, yes, it’s rubbish and stupid and, yes, even a little mean but I still can’t quite shake the suspicion that Craig David caused the pandemic by appearing on BBC1 on New Year’s Eve and ticking me off a bit.

No sense to it, no logic at all, but still…

Plus, I see it’s started raining outside. Did someone put their windscreen washers on?