Some Thoughts After Rereading The Shining 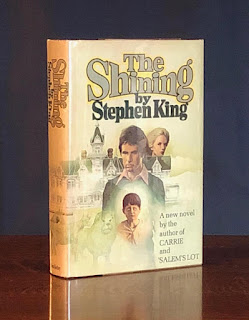 I just finished a little reread of Stephen King’s ‘The Shining’ and I wasn’t going to write about it here, but two things changed my mind. Firstly, I like to write about something I’ve been thinking about during the week and this qualified. Secondly, Aaron Cahill, a lovely guy and a constant supporter of my ‘long-past-their-sell-by-date’ blog endeavours, also announced that he was rereading it.

So, yeah, this post will be mostly about The Shining so it might not be everyone’s cup of tea. I get that. But maybe come back next week, if this one is not for you. I’ll be on some other tack. Though God only knows what that will be.

Whatever occurs at the time, as per usual.

Some history first. My best guess is that I bought the novel ‘The Shining’ in or around 1978, when I was fifteen. I had been casting around for some reading that engaged me a bit more and, without really knowing anything about King, I picked up two of his novels in Broderick’s bookshop at the bottom of O’Connell St. in Sligo. The other one was Salem’s Lot. I have a strong physical memory of these books because they were both really poorly bound and they both fell apart in my hands while I was reading them.

I found both books to be unputdownable. I was fascinated by the way dialogue and paragraph and narrative could be randomly and savagely interrupted by some other thought, like a TV channel being changed without warning. My breathless reading of The Shining started a life-long affair with Stephen King’s writing.

Then came the movie.

I saw the movie with Brian McGill in The Savoy in Sligo on the Saturday night it came out. I was due to catch the train to Dublin first thing the next morning to start college. My first time ever to be away from home. So, it was an odd evening. The film didn’t go down too well. I really like it now but, back then, it seemed slow and uneven and weirdly uneventful (which it certainly is not).

Now we’re up to date. 2020. I’ve seen the movie a gazillion times and even had coffee in the Stanley Hotel in Estes Park, where King had some formative inspiration for the novel, but I had not revisited the book since I was a callow youth. On the prowl for something to read, earlier this week, I found a more modern copy on John’s bookshelf and had a peek inside. That was it. I was off once more to The Overlook Hotel, high above fictional Sidewinder in the not fictional Rockies.

The first thing to say is that King’s style and power was still evolving and growing and although the concept was world-beating, the writing is occasionally a little – dare I say – clunky. Younger Stephen seems to have had some kind of minor fixation with breasts because they get an impressible amount of shout outs throughout the text.

Some of the scary imagery just doesn’t work for me. Most notably the topiary animals who periodically and literally spring to life. For me, that was too absurd to be chilling. Similarly, the boiler in the basement seemed strained, with no pun intended.

As somebody who has tried a bit of writing since I first read this book, I can now entertain myself by imagining the thought process that started King on this road. You take Shirley Jackson’s ‘Haunting of Hill House’, with its malevolent structure and its psychic visitors, and you massively up the ante. The house becomes a vast hotel. The psychic presence a little boy. It’s a genius conceit.

But here’s what I really want to try to say.

fter this second reading, I would say that The Shining is, for me at least, one of Stephen King’s most important books. People who know me through writing will know that I am always banging on about the ‘little drop of blood’ that needs to go into one’s writing to give it intrinsic value. There must be something of the writer’s soul buried in the work for it to reach us. Pure cold story will not do. And, for me, on this second reading, Stephen King has opened a vein and bled into this book.

It is, through and through, a story of alcoholism and fear.

When I am writing, in my own low-wattage way, I don’t usually know the actual point of what I’m doing until I get to the end. Then I go back and rewrite it, informed as I now am but what I am doing. To my mind, King could have written this book as a supernatural horror story and not known until late-on that he was pouring all his own fears and insecurities in there as fodder for the story machine. I don’t know, I’m only speculating. But the overriding impression for me now is that the writer is a man who has known alcoholism (he makes no secret of it) and who has probably feared where that might take him. This fear drips off the pages in this book.

I’m lucky in that alcohol has not played a starring role in my family history. I thank heavens for that. But anyone who has lived in a small town will know the sight of the main breadwinner of a household stumbling home from the hostelry, singly focused on getting in the door. Anyone from a small town will know that thought that goes something like, “I hope he falls asleep quickly.”

Stephen King famously has little regard for Kubrick’s film adaptation of the book. This surprised me initially because so many King adaptations are well below-par and, love it or hate it, Kubrick’s endeavour is striking and innovative and pretty damn wild.

But I think I can understand a little better now why King might not have much time for that movie. As much as the book is ultimately a thinly veiled metaphor for the horrors that alcoholism can wreak on a family, so equally the movie is not. Oh, there is booze there and it plays its part, but it is not the root of everything, it is not the point. And Jack Nicholson’s Torrance becomes ever more elevated and dominant as his possession advances while the Torrance of the book becomes a shambling incoherent mess of a thing, a drunk through and through.

I greatly enjoyed my rereading of The Shining. It’s not perfect but nothing ever is and the imagery from the film rather pervades the book, such that’s it’s hard not to see Nicholson when it’s Torrance standing there.

Not everyone's cup of tea, this, but still a very good read. There is more going on than meets the eye and that's always a good start for a good book. 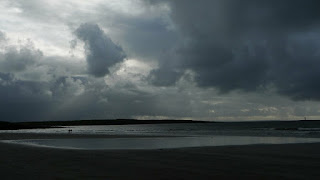