The Wild Finds a Way 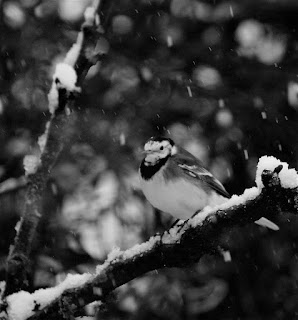 My wife’s sister is in hospital at the moment and we went to visit her this week. It was a lovely visit, as always. Full with chat and memories and smuggled ice pops.

It gets dark early these days and just as the dusk was slowly creeping in, a movement outside the large window became noticeable, even though we were up on the first floor.

“The birds will be coming soon. Have you seen the birds?”

The hospital is a very modern facility. Everything is pristine and spotless and well-thought-out. But the room we were in looked out onto a large central courtyard which was sheltered on all four sides and which boasted some tall slender trees, bereft of leaves, it being December.

At first they all gathered on the edge of the courtyard roof, looking down at the slender trees below. They hovered around, a little nervously, venturing out into the branches of the trees and then going back again to the roof. Testing the waters. Viewing the lie of land. As full dark descended, they came out into the trees and settled there edgily. Preening and fluttering, rising and falling. Easing themselves in.

Perhaps it doesn’t sound so special. After all, Pied Wagtails are not uncommon in our world.

The other thing was the incongruity of it. This modern controlled facility, where everything was planned and projected, has become a natural home for these agents of the Wild, who know nothing of planning or order or management. Into this safe, secure, slightly sterile place, the Wild has descended and settled easily in.

If this was happening in a shopping centre or a block of apartments, the effect might be less remarkable and maybe even less welcome. But, here, in this place, it is not much of an exaggeration to say that it is like a gift bestowed from nature. Something that could not be designed or scheduled. A reminder that, though the four walls may have temporarily confined us, the wild still exists just outside of our room. Just as it still exists here in our hearts, no matter what walls may hold us in.

Perhaps the best part of the visit of the Pied Wagtails came when they were finally settled in for the night. Every little branch of every little tree had its own little soul, silently perched, plump and still, rocking gently with the motion of the wind. It was very much like the leaves had come early back to the trees.

I hope the people who take care of the hospital take care of the birds too. They may be a little messier than is desirable. They may occasionally make a little more noise than is ideal. But their reliable arrival, every evening, as the darkness draws in, is a kind of medicine that cannot be dispatched through a cannula. It is a kind of tonic that cannot be poured onto a spoon.

It is the Wild.

And it is outside of our window and here, still, inside of our hearts.

I’m of the opinion a home is not a home without an animal in situ. Children, atrocious little beasts that they are, are a distraction for a while but after a year or two as they begin to calm down you start to look around and wonder what’s missing. I’ve lived with animals and without and despite the inconvenience they cause—they can be needy little buggers (even the cats)—they invariably give more than they take.

It’s much the same with wild animals. No matter what it is (with, perhaps, the exception of a wild bear or tiger careering towards me full throttle) I’m always pleased to see any kind of creature when I’m out and about. Even insects although I remember there being many more when I was a child than I encounter now although to be fair I couldn’t tell you the last time I flipped over a rock to see what was under it.

My wife, as you’ll know from her Facebook feed, is a bit of a birder (not twitcher, a twitcher is a type of birder). She only watches what can been see from the window at the side of our flat but every morning she feeds her army of followers and then snaps and films as long as there’s something to see. (Not sure she’s observed any wagtails but I lose track.) It didn’t take them long to cotton on and these days as the sun rises it’s not unusual to have a few jays, a pigeon and even a squirrel or two sitting there patiently waiting on their breakfast. Which means we’ll be doing this until we’re both dead and you can be sure that if Carrie goes before me—she does have a twelve year head start—I’ll take over where she left off because that’s what you do. They’re her birds now. And squirrels. And the odd fox or very odd deer although she’s not worked out how to feed them… yet.

My mum would’ve been proud of her. If it moved Mum’d feed it. She even had a robin that came to the back doorstep and let her feed him by hand. And boy was she sad when he failed to reappear the following year. “The world would be a better place without people,” she said often and meant it and I never tried to argue with her; I knew she had far too much evidence to back up her assertion.

Wow! To your words Ken and to Jim's. Just Wow! And big love to Penelope. And Patricia. ❤

What a beautiful piece. Thank you Ken, a wonderful start to a day, as I'm reading this before I get up. Life is not always easy and I'm glad that natural joy brings happiness to your sister in law.
Brid.