Short Fiction - Felicity Figures It Out 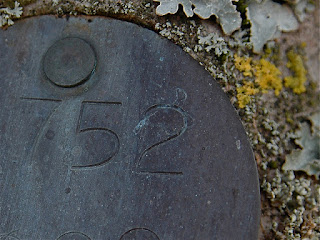 This week’s post is a short story and possibly not a very good one at that but it had just had to be done.

I heard a discussion this week about a grammatical rule that I had never heard of before.

I immediately felt (as I occasionally do) that there might be a story to be built around this little factoid so I resolved to give it a go.

I've written some of these on the blog before. There's one here and another here.

For me, these type of stories are more akin to devising a crossword puzzle than any kind of meaningful literary endeavour. The words get erected around the primary foundation, the characters are bent to suit the trick.

Still, they're fun to do. For me at least.

Felicity Figures It Out

“So all I can ask you, most humbly, is that you please consider the situation and return with all haste what is so very precious to me.”

Felicity’s plea was modest and impassioned and seemed to hit home with the twelve small faces who stared up at her from behind their tiny ink-stained desks. She could not imagine which of her beloved pupils had acted in this way against her. Could it be Bosede, who looked so guarded and who would not meet her eye this morning? Or could it be Dikelede, whose exceptional poverty was widely known in the village?

For a moment, she held out some hope that her transparently emotional approach would be enough to see her stolen torsade bracelet safely returned to her possession with no further harm done.

This hope lasted for all of thirty seconds, when the English teacher Simon Dufrene careened into her classroom.

“What’s this I hear? What nonsense is currently afoot?” His jacket was askew and his moustaches trembled. “Show me the culprit, present him to me this minute.”

“Simon, there is no call for mayhem.”

“Mayhem? I’ll show them mayhem. I will not leave the colour of them upon the ground.”

Felicity coloured a little herself at Dufrene’s lack of composure but she held her own as she knew she must.

“Really, Simon, we have had a small moment of confusion which I am well on the way to resolving satisfactorily. Your intervention is every bit as much appreciated as it is unnecessary.”

Simon Dufrene took a long moment to quietly try to grasp the import of what he just been told. Failing spectacularly, he returned to his default position of high-volume bluster.

“The note, show me this famous note.”

Felicity was reluctant in the extreme to produce the note but Simon was the senior teacher in the mission school and she could not refuse his demand to see it. She slipped it from her sleeve. The note was written on a sheet of foolscap which had been yellowed from the dust of the village. It had been folded as many times as necessary to render it very small against her wrist.

“Confounded liberty,” said Simon as he unfolded the sheet. He read it in two seconds flat and then exploded all over again.

“Who wrote this?” he roared at the twelve terrified children in the classroom. “I know one of you wrote it so who was it?”

The children all looked to each other to see who might confess but nobody did.

Simon produced his pocket watch and made a great show of flipping the gold cover open and studying the time displayed therein.

“I shall give you thirty seconds,” he said, “and, in that time, one of you will confess to stealing Miss Adams’ heirloom bracelet and will, for his or her trouble, receive six of the best from the cane in my office. “He looked up from his watch and his blue eyes appeared hooded and mean to the young assembly before him. “But, mark me on this, if nobody confesses, I will take each of you in turn to said office and I will gift you twelve of the best across the backs of your legs and before I am done, by heavens, somebody will speak.”

The room trembled. Felicity trembled too but she tried not to show it.

“Simon,” she said, “while I greatly appreciate your assistance, I think it would help my standing in the classroom if I were to deal with this in my own way.”

Simon thrust the note back into Felicity's hand, crushing it a little as it went.

“This cannot stand. A theft, a ransom note, by God’s blood. It’s a damned outrage and it shall not stand. I shall show you, Felicity, how a gentleman takes command.”

He glanced at his watch again.

“Fifteen seconds. Who will now speak and save his comrades?”

Adise, at the front desk in the classroom, stood up tentatively. Dufrene’s eyes fell upon him.

“Sir, I would gladly confess to save my friends and if I am permitted to do this, I will.”

“Did you steal the bracelet?”

“Then sit down and be quiet.”

Felicity read the note in her hand once again. A childish script, a rudimentary grasp of spelling and grammar. One of these children had to be responsible. There was nobody else.

The note read as follows:

“Missyadams. I have taken your jewellery away from yu. Leave two shillings under the village Baobab tree and it will come back to yu in safely. I offer you 10,000 apppologys but my need is verry grate.”

Defrene produced a lengthy bamboo cane as if from thin air and commenced to swishing it around, cutting the air in the classroom noisily and leaving a tangible vapour of discord in its wake.

“Who shall be first? Who shall taste the consequences of their continued silence?”

Felicity stared at the note. In a single moment, she saw what she had not seen before. She surprised herself by not being very surprised at all.

“You must not try to reason with me, Miss Adams. Discipline and the Rule of Law must prevail.”

“I quite understand but may I ask you one question?”

“A question? At this critical moment?”

The cane cut the air impatiently.

“Very well then. Just the one.”

"And will you step outside with me while I ask it?"

And then she took a very deep breath and proceeded.

“Do you have some regard for me, Mr. Dufrene?”

“This is my question. Do you have regard?”

Dufrene looked anxiously at the twenty-four brown and two green eyes that were fixed on him.

“I think you must know, from my genteel advances of late, that I do indeed have some considerable regard for you but I don’t quite see- “

“And do you aspire to impress me as a gentleman of power?”

“Really, Felicity, have you lost your mind?”

“And would you do one terribly important thing for me if I were to most humbly ask?”

“I suppose I would.”

“Then let me ask you this. Will you now return my Mother’s bracelet to me?”

“I will, by God, I will. I will leave no leg unmarked in my quest to do so. The culprit may not produce it forthwith but I feel confident it will soon appear underneath that brute of a tree without need for payment of any ransom.”

“You misunderstand me, Simon. I am asking whether you will return it to me for I am now quite certain that you have it in your possession.”

All was silent in the room.

A droplet of sweat formed on Dufrene’s brow and trickled down his nose.

“You are impertinent. I am your headmaster.”

“You have my bracelet. I know for a fact that you have it. Will you now return it to me?”

Dufrene stared at her in open disbelief, his cane poised as if to strike. Then, ever so slowly, he dipped his free hand into his jacket pocket, removed a small packet and placed it into Felicity's outstretched palm. His voice dropped several levels so that only she would hear it. Everyone in the room heard.

He turned to leave but spoke over his shoulder as he went.

“It’s not important. A trifling thing.”

“You wrote the note as one of the children might but you also unthinkingly penned it in accordance with a certain rule of grammar. A rule these children could not yet know.”

“…anything higher should be written as numerals.”

Simon Defrene nodded sadly as he turned to exit the classroom.

“I only sought to impress you,” he said, “To display for you my true power as a gentleman.”

Felicity also nodded as she closed the door gently behind him. The latch clicked shut decisively as she whispered gently to herself.

I have to say I was unaware of that rule. Or I should say "am" since I can't say for certain if I have ever been made aware of it in the past. I may well have been because I naturally tend to avoid numerals when writing.

Carrie and I watched a couple of Father Browns last night and in the second episode he works out who the guilty party is because they said they burned their fingers on a match but the only match found at the murder scene had not burned down far enough for that to be believeable. I didn't see it coming. Nor did I spend enough time with your note.

The only change I'd made would be to the line “It was the numbers, wasn’t it?” I think it might read better if he didn't work it out himself. By his age rules have become habits; you don't think about them, you just do them. It's like when I'm composing at the moment (which sounds SO pretentious but it is what it is): I don't have to think about the rules for chord progressions; they're ingrained in me.

It also might be good if the teacher suggested they talk outside the classroom once they get to the point of no return. That would be the professional thing to do so as not to embarass him. He, of course, would refuse and force her arm.

Other that that, good story.

Hi Jim. These are two excellent suggestions. I have immediately incorporated them into the story. Thanks for the careful read. That Father Brown thing is just the little kind of detail I love to find at the kernel of a mystery. One of my favourites is in an Ed McBain called 'Like Love' where the order in which suspender belts are worn is the key to the solution. It's not any kinkiness that evokes the admiration but the feeling of 'I didn't know that and maybe I should have' when then revelation comes. Cheers mate K

Glad I came to this late and found the changes incorporated. It is a lovely wee tale. I particularly enjoyed this line:

"Your intervention is every bit as much appreciated as it is unnecessary."