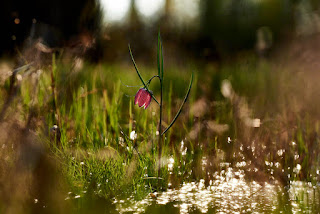 The back garden is a bit of a mess. Again. Overgrown, weed ridden. That rusty, creeper-submitting trampoline in the corner that nobody’s been on in a decade. You get the picture.

I’m rewilding, you see. Rewilding, as you all know, is the return of a habitat to a natural state for purposes of conservation and environmental improvement. So that’s what’s happening down my back garden, missus. The bees and the little bugs and the hedgehogs and the… the… worms, and such are all being given a natural, un-tampered-with place in which to placidly co-exist…

You’re fooling nobody, Armstrong. Nobody.

That garden has always been a bit of a mess. Not so much because you’re a lazy bastard but because you’re not all that committed to order and beauty in your environs. Certainly not committed enough to put the hard hours into it.

At this moment, Midsummer, the place is a riot of brambles and tall weeds in full bloom. Winter almost comes as a relief sometimes, when the growing finally stops and falls back for a while.

My neighbour only makes matters worse. He’s one of those tidy buggers. A beautiful garden with everything in its place. He’s the best neighbour in the world, just too darned organised. He’s making me look bad.

So the garden brings bees and birds aplenty. It also brings a regular visit from that other tiny burrowing creature, Guilt. I find it hard to enjoy my garden without feeling guilty about it. It is a symbol of my general uselessness. I mean, look at me. I’m sitting here typing this crap when I could be out there dead-heading something or even just cleaning out the garage for Chrissakes.

And things mount up. That universal tendency toward Atrophy is evident everywhere around my homestead. Every day that nothing is done leaves more to do. I become morbidly fascinated by abandoned buildings and ruins. The process of how all neglected things follow only one course and all end up in the same condition. Fucked.

Of course, I have a list of things to do. It dances around in my head, in a long T-Shirt, to some half-forgotten punk beat. It sticks its tongue out at me and tips me a middle finger. I try to ignore it and do the dishes instead. I can manage that much.

As I look out at my garden now. The house sparrows are down at the water bowl - drinking then flying up to sit on the back fence and wipe their beaks, first one side then the other, on the edge of the wood. Sometimes a large bird or a wayfaring cat may startle them but they never go far away. They like my back garden, you see. They like the meadow qualities it increasingly demonstrates. They are happy out there.

And here’s the thing.

I don’t crave any pin-perfect, hyper-organised yard. I admire my neighbour’s endless handiwork but I don’t envy it. I like things rough, I guess. I’m that rough kind of a man. I’ll go out in a minute and top up the water in the bowls and put out some seed. I’ll enjoy the comings-and-goings of the day via occasional peeks through my kitchen window (which needs a wash, tick) and it will bring me much pleasure.

I like the Wilding. Even if it’s not the real reason that my back garden is in shit. The gentle sounds of the creatures who live there. Wilding suits me just fine.

I just wish I could stop feeling so darned guilty about it all.

The Fear of Becoming Cute 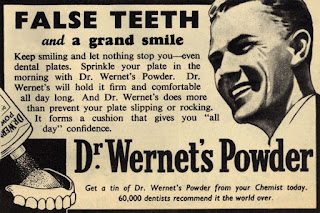 This week, I thought I was being haunted. The feeling only lasted for a little while and it wasn’t correct so don’t start writing in. I’m okay. For now.
It all started in the kitchen. I was alone and it was night and it was dead quiet. Suddenly, there was a ghostly sighing in my ear. Every time I moved, someone or something could be heard to sigh deeply. The sigh was mournful and lost, as if all hope had been abandoned. It was all a bit strange.
I started to move around more deliberately to see if I could learn more about the strange ethereal sigh. Every time I took a step, I got sighed-at. No, wait, every time my right foot took a step…
(Sigh)
It turned out that it was my shoe. The soles have some kind of air cushioned component and one of them had apparently sprung a leak. When I lifted my foot and then pressed it down onto the tiled floor, the air in the sole came out with a gasping sigh.
Time to get a new pair, you might well say. But no, not yet. I only ever own one pair of shoes and I wear them until they die. The definition of death, in this case, is when the water starts coming in. That hasn’t happened yet. Air out? Yes. Water in? No. On we trot.
My main reason for telling you this little story is that it’s cute. And I’m a bit worried that I’m well on my way to being cute. In this instance ‘cute’ is not any form of self-praise. Quite the opposite. More than anything else, it’s an age-thing. We get older, we get irrelevant, easily defined, readily categorized… we get seen as cute.
Atisidasophobia - a fear of Cuteness. I think that's what I have. Scott Walker singing Jacques Brel wanted it; to be 'cute-cute... in a stupid-ass way'. Not me, though, not me.
I start to see the tendency in my own sons. Now grown, highly educated, young and smart. I like to hold my own, I like to keep up. Generally, I think I do. But I see it in their eyes, that same look I used to give my old man when I thought he wasn’t looking. “You’re so off-the-mark, Dude. So quirky-comical. So damn cute.”
You need look no further than the Friends Reunion show. Matt LeBlanc is, what? Damn it he’s only 53. Yet, here in Ireland, he was instantly (and, in fairness, quite amusingly) cast as the benevolent throwback uncle with his familiar string of platitudes and minor prejudices. Matt (or Joey, take your pick), that one-time poster boy for male sexuality, for the sake of putting on a few years and a bit of timber, has all-of-a-sudden become cute.
As I said, it’s an aging thing. There will come, to all of us, some moment when our transition to old is complete. We will no longer be the complex, angry, funny, loving, hating people we always were. We will have become one thing and one thing only; we will have grown old. Sorry, two things, we will be cute too. Those things that make us angry, amused and all the rest will be lessened and diluted by the inevitability of our age. We will tumble into irrelevance and take on the mantle of the decrepit, shambling onward in our infirmity and in our interminable cuteness.
Nah-hah. Not me sunshine.
Whenever I hear the poem, “Do Not Go Gentle Into That Good Night”, I can’t help think that it’s more about aging than about death. Although the words do kind-of say otherwise. I see it it is an exhortation to not fall into the trap of embracing the ‘old’ and ‘cute’ tags that society has waiting for us. Rage, rage against the fuckers, I say. Be yourself, forever.
One of the biggest culprits in being branded ‘cute’ is all that allegedly empowering stuff we see on our tellys, mostly in adverts. Old people living their best lives. They are a big part of the problem, those buffered-up husks with their firmly fixed dentures and their leak-proof knickers. They are just reaffirming this global view that old people are predominately cute. (I’m 57, by the way).
There’s a big problem, too, with not being cute. There seems to be only one viable alternative to the cute option and that it the curmudgeonly one. The Victor Meldrew type who will never, and can never, be cute. I don’t want to be that either but, by golly, I’ll take it over cute.
I just want to continue to be me. I want you to continue to see me as me and not some archetypal geriatric. (Again, in case you missed it, I am 57). I’ll play my part. I’ll continue to be me for as long as humanly possible. I promise. So, just play your part. My shoes may fart at me and I may refuse to change them but I am not cute. I’m Ken. And I’m going to keep battling to be just that.
And when I end up in a care home, as I well might, I’ll be telling them that I don’t want to hear bloody Al Bowlly or Vera Lynn echoing through the hallways. Let’s have some Lou Reed, a bit of Tom Waits. Something good.
And when the grandchildren come to visit and they say, “Mum, they’re playing The Sex Pistols, isn’t that so Cute?” and I tell them to feck off?
Well I guess, at that point, I’ll have lost the battle.
Posted by Ken Armstrong at 09:35:00 2 comments: