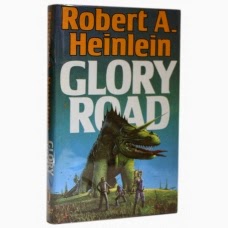 Yesterday was Saturday and I had a spare hour so I went to the Library, as I so often do.

Patricia needed a couple of books so I looked up what people had enjoyed in 2013. 2014 favourites are more likely to be checked out. I came up with two books, ‘Schroder’ by Amity Gaige and ‘The Silent Wife’ by A.S.A Harrison. I found both of them.

I also found the ninth in a Manga series called ‘Bleach’ which Sam is currently crashing his way through. He got the first three off his brother at Christmas and I’ve been finding the rest on the library shelves since then.

I considering borrowing a nice Special Edition DVD of The Life of Brian because I know the guys would love to see it because they adored The Holy Grail but I changed my mind when I considered the amount of nudity I’d have to sit through with them. Not ready for that yet. Sorry, dudes.

I went home with my booty, infinitely happier than when I went in. As is always the case.

You see, I love the Library. It’s not an overstatement of the case, I just love it. I love going in and poking around the shelves and the computer database. I love finding stuff and bringing it home for free. 'Bloody love it, I do.

Our library here in Castlebar is particularly good but, in fairness, I’ve pretty much loved all the libraries I have been a member of, down through the years.

My first library was in Sligo. I got my ticket so young. Where, for so long, I was restricted to the small rectangular kids-section down the back but where, one day, far too small, I asked if I could possibly have an adult ticket and they gave me one. I remember that evening so well. I was like a goldfish we once had. We kept him for ages in a smallish bowl and then I bought him a large tank and he didn’t know what to do with himself in it for a few days. He kept swimming around in a bowl shaped circle until he gradually got accustomed to his widened horizons. That was me in the grown up section of the Sligo Library. That first evening I borrowed a Robert Heinlein book – Glory Road – mostly because there was a cool Dinosaur type monster on the cover. You can see it on the picture above. I see that it was the first UK hardback imprint and now sells for £175. I borrowed it for nothing and read it from monster-cover to monster-cover. It was okay, not as good as the cover. I think I was eleven.

In subsequent libraries that I joined, the choice was wider and the quality of choice higher. First there was Dublin and then the various Boroughs of London I lived in. Kensington, Ealing, Acton and finally Twickenham.

My overriding impression of Twickenham, where I lived for about three years, was the day I brought my new son in with me. He was in a carrying device that fitted across my chest and he was very well behaved and much-admired by staff and patrons alike. I’d say it was my beaming pride in him as much as his own impish good looks which drew them all in. I can’t remember the books I got that day, sorry.

I remember being in Boulder, Colorado for a month and being allowed to get stuff out of the library there too. I remember being amazed that you could borrow movies on video there and that it didn’t cost anything. That was incredible, to me, in 1990. I rented ‘The Manchurian Candidate’.

Then there was Melbourne library, with its magnificent reading room. I spent every day of one month in there, writing my very first screenplay, longhand, in 1990. Buggers still haven't made it...

Today, there are places where Libraries are threatened. People say they cost too much and have to be reduced or even closed altogether. I am glad to see people fight and resist this and I gladly add my voice to theirs. Thankfully there is no talk of such foolishness here but, if there ever was, I would do my best to fight it tooth and nail.

It’s not just about the wonderful ability to access reading material for free, although I don’t know what I would be if I hadn't had that resource all of my life.

Libraries offer Sanctuary for people like me and for many other kinds of people too.

It’s a place to go when the rain, real and metaphorical, falls hard upon you. A place where nobody needs to see you buy something before you can be welcomed. A place where, after a time, everybody may come to know your name.

I’m grateful for many things in my life. One of them is my Library. It has taught me and entertained me and sheltered me and given me a reason to go somewhere so many times that I couldn't possibly count them all.