Just a Phase I’m Going Through 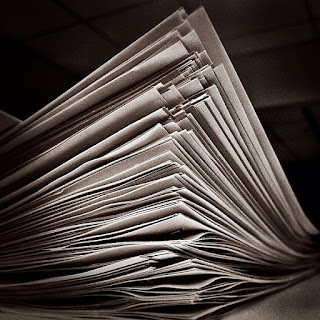 I’m going through a phase.

“So what?” you might well ask, “Everybody is always going through a phase, what’s so special about your one?”

Nothing, obviously, absolutely nothing at all. Except that this is my space for writing in so I get to write about my phases. Get your own space and talk about you own damn phases there.

Sorry, sorry. That was a bit rude. It’s just another part of the phase I’m going through.

So what it this phase, Ken? Why don’t you tell us all about it?

You’re still here? I thought you’d have buggered off after I snapped at you. Well, okay, if you insist.

Oh dear, this is going to get messy, isn’t it?

Oh, and before I go on, this is not a cry for help. Deep down, I know I’m fucking brilliant and I don’t need you to tell me that. So don’t. It’s just that, on that superficial level where phases tend to reside, I just reckon my writing has gone to fuck, gone to shit, gone to all the swear words.

Thinking about it, it's possibly the only tangible downside of being loose online pals with lots and lots of really great writers. The fact that I get to watch them write great stuff and innovate and battle and be incredibly productive and succeed. Basically, I get to see them get their shit done. It makes me feel a bit silly sometimes. It makes me feel like I haven’t done as much as I should have done and that what little I have managed to do should have been done a damn sight better.

Allow me to make some excuses for myself.

Many, not all but many, of my loose online writer acquaintances are professional writers. They get to give their full energy to the task. I am not a professional writer, never have been. although I do always try to write with all the professionalism I can possibly muster. I have to squeeze my writing into late night hours and borrowed weekend sessions while the body of the week is taken up with all that other stuff I do. The stuff I don’t talk about on here. My real life.

Time and quality are inextricably linked, in my mind anyway. In order to produce something substantial and coherent and valuable, it helps enormously to have a continual period of time in which to dedicate your heart and mind to it. I can never find that. When I retire, in about 15 years’ time, I hope to do so, if circumstances spare me that long.

I know how it sounds. It’s the eternal refrain, isn’t it? The excuse of all the would-be writers all over the world. “I would be great, if I could only find the time.” Let’s all face the truth together. The great ones found the time. It doesn’t matter how they did it, they did it. They got that shit done.

And, again with the excuses, I really have managed to get some shit done over the years. Twenty-Eight produced plays for theatre and radio, many of them long-form, some of them produced many times over. A short film that got made, a pile of long and short scripts that didn’t. A novel that didn’t get published (‘wasn’t good enough, ‘will never self-publish… that’s a blog for another day). And then there’s this blog, eleven years’ worth of it, every week. Over half a million words, some of them almost passable (that might be the Phase talking). So I think I have earned some licence to bitch a little about the lack of continuity available to me for my writing.

Short form stuff works well. Long form stuff is harder. You can write anything in tiny bursts like the ones I get to work in but I certainly find it way harder to corral the tiny bursts into something really substantial.

Something that would be ‘A Product’.

If I’ve learned one thing from watching my loose online writer pals it is this: You need to have a product to sell. A book, a play, a movie script. Some product. You can be the best writer in the world. You can have a vast Twitter following and you can convince the world that you will be the next best thing after the current best thing. But it don’t mean a thing if you ain’t got that thing… The Product.

For all my plays and short stories and failed novel, I don’t really have The Product. I have lots and lots of stuff but it’s all either one thing or another. Too short, too old, too weird. I don’t have a single long form product that’s worth flogging far and wide and finding somebody to take it on. I don’t have that embryonic West End hit, that potentially wonderful film script, that biddable novel draft. In the case of one of my full-length teenage plays, a very famous playwright told me, “You have a hit there” and, in fairness, it has seen quite a few productions and done well for me. But it’s still not a full three act theatre play in the old sense. It’s a modern ‘hour in the theatre’ type of deal and that is fine in itself but is never going to rock the world.

Longer form work, that’s where the continuous time is needed. Smaller things can be done, inch by inch, hour by hour, midnight by midnight. But the long form masterpiece needs a locked room, isolation and a considerable headlong run at it.

At least I currently think it does. It could be this phase I’m going through.

This will pass. All things pass. I will force myself to bang on with the long form stuff I continue to thrash out, night by night. I will love it all again and see some vague potential in it, enough to keep on keeping on.

Thank you...I was having an all too human, "what the hell am I suppose to be doing?!" moment myself. Now I don't feel all alone.

Intellectually, I know no one is perfect I realize my goal should be to just keep trying to be better than yesterday. Realistically...some days, that's just hard for my wounded ego to embrace. Probably why I've been known to mutter to myself, "It'll be all right. Keep moving. It'll be all right."

I'm still optimistic enough to believe that tomorrow, I might just get it right. :) Have a great week, my friend!

Ken, have you ever written for a publication, like a newspaper or magazine?

Ah, THAT phase! Yeah, been there, done that, know EXACTLY where you're coming from. I also, for all the years I've been at it, don't have The Product and don't expect ever TO have The Product. Not now my brain's given up on me. Best I can manage at the moment is two or three minutes of music that usually takes about twenty-three goes to get through once without any major mistakes. When I was fourteen or fifteen I used to dream of a symphony or concerto with my name and Opus something-or-other at the end. But I never had it in me. The music was always going to be a hobby which is why I suppose I lost interest because I still hankered after acknowledgement. Clearly my music wasn't going to get that for me (and the less said about my art the better) but I did seem to have a way with words. Damn shame I could only churn out a poem every couple of months but at least I was getting published. Only I wasn't getting published where I would've liked to get published.

You remember Patrick Moore, the original presenter of The Sky at Night? Did you know he was a composer? Three operettas to his name amongst seventy-odd other pieces. One can only wonder if he hadn't been Patrick Moore off the telly if any of them would ever have been performed.

Beckett never wrote a three act play. Two was his limit. And what about Pinter? Say what you have to say and when you've said it put your pen down. There's not a lot you can say in two hours you couldn't say in fifteen minutes. Who remembers Auden's plays nowadays? No, his Product turned out to be sixteen lines long and I doubt many people could remember more than the first four.