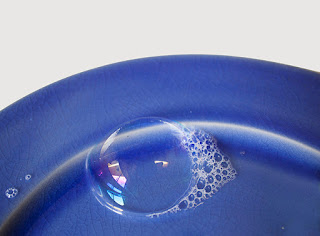 There’s been a number of anniversaries this week. It’s always a time to remember and to evoke the person in thoughts and words and any other way we can.
Yesterday was Penelope’s birthday and we remembered that with all the warmth and love that the day deserved. Last year we visited her in hospital and there was cake and love and laughs and smiles. This year, alas, the cakes can only be shared in spirit so that’s what we did. The love and laughs and smiles perhaps a little altered but not in any way diminished.

It was also the anniversary of my Mum’s death. It’s hard to believe it has now been fifteen years, but it has. She’s still around, of course. People don’t go away as much as you might think, even after so long.

This week, I put my mind to recall something I haven’t already written about Mum.

I came up with this little thing.

When I was a boy, I had my ‘chores’. We never called them that though. We never called them anything, as I recall, they were just little jobs that we had to do. The things I had to do mostly revolved around our two dogs, Laddie and Patch, and that suited me fine because I liked the dogs. I fed them and washed them and walked them up along the river every day. I also had to go and get the meat for the dogs directly from the slaughterhouse, a formative chore if ever there was one. I wrote about that here if you ever feel you can bear it.

But I had one other job. I never really thought about it and what it meant. It was just a thing to be done and I just did it.

In our house, we always had our dinner at dinner time and our tea at teatime. Dinner was in or around one o’clock and teatime was at six. That never changed, I came home from school and had my dinner and then went back. The now-everyday practice of the evening dinner would then have seemed like the most outlandish and alien proposition ever.

Dinner time was the time for my chore but I’m going to stop calling it a chore now because it was never that. I’d like to say it was a pleasure and a fulfilling thing, but I must try to be honest and tell it like it was, so it wasn’t that either. Thinking about it, it was mostly a routine. Something to do and not think about too hard if, indeed, at all.

It’s not half as remarkable as the build-up I just gave it. Every dinner time, Mum put the plates out on the table and dished out the food. Then she dished out another plate on the sideboard. This was covered in tinfoil and wrapped up in a tea cloth and handed to me. My own dinner was ‘poured out’ on the table and I would be all set to tuck in, just as soon as the routine was done.

I took the tin foiled tea-toweled dinner plate and struggled out through the hall door and the front door with it then across in front of the living room window to the metal railing which divided our garden from the next garden in the terrace. I never needed to call or shout or throw a stone at the neighbouring window. Marty was always there, looking out, waiting.

Marty would come out of his front door and over to the railing. There, a complex little swap would take place. I would give Marty his dinner, hot and wrapped, and he would give me yesterday’s plate, meticulously cleaned and polished.

Marty was old, though I was very young so many ages were old. His wife had died, and he lived alone. As I remember it, we didn’t ever say very much to each other, perhaps a ‘howiya’. We certainly didn’t do small talk like weather or current affairs. Marty was always smiley and seemed kind. That was enough, I was keen to get back to my own cooling dinner.

I’d forgotten all of this, until I dragged it up to the surface when trolling, this week, for a memory. How, every day for many years, Mum sent Marty in his dinner and Marty sent yesterday’s plate back. Marty was no relative of ours and I know for sure that no money ever changed hands. She just did it.

None of this surprises me. Not because I knew that this basic level of goodness was inside of Mum. No, not because of that. It doesn’t surprise me because it’s inside of me too. It’s been given to me like a great hereditary gift. “If I’m making a dinner,” I tend to think, “there’s absolutely no hardship in putting another carrot or potato into the pot, no hardship at all.” We don’t have a Marty next door, but I am pretty sure that, if we did, there wouldn’t be any qualms about passing a plate over the fence. Although our Marty might have to adapt to evening dinners, instead of real dinnertime ones.

We wonder about what our parents give to us and often we don’t know. I think Mum left me this key thing and it’s going to sound boastful when I type it, but it’s not intended to be. “Not brag, just fact,” as some old cowboy gunslinger used to say. What Mum finally left me is that I am a pretty good person. Not good at any particular thing, not good looking or good smelling… just good. I’ll usually try to help you, if I can, and I certainly won’t bad-mouth you in street. I’m not great in any particular way. I’m just good. I got that from Mum, I reckon, and I’m glad to have it.

When Marty died, the routine obviously stopped.  I haven’t thought much about Marty until today when this memory washed up on the shore. But here I am now, thinking about him again, his kind face, his quiet gratitude for being minded across the garden fence.

Rest in peace, our much-missed departed family and neighbours and friends.

Our memories of you remain warm. Our gratitude, real.

One snowy day in the mid 90's I met your Mam walking up the slipway at Rockwood Parade. I was nervously holding on to the Bridge rail, she was going home from town.All of a sudden one of your neighbours passed down the slipway on her bicycle,lost control on the ice & fell badly on the hard ground. I was slowly making my way toward her, but she was refusing help from others, your Mam went over, had the poor woman calmed, she was very upset at having the accident, your Mam had her at her ease, stood up dusted down, & ready to continue,in a few minutes. Your Mam turned to me said 'I have to go,tell your Mother I was asking for her' & off she went home. If I were to write of the times I spent laughing with your Dad,I'd be here all day, met him regularly while walking 'The Avenue'. You had a great Mam & Dad Ken, God Be good to them

Thanks for this G. Lovely to hear of such encounters. Mum probably had socks over her shoes to stop her slipping - a regular practice. :)

My parents were not neighbourly. They were not particularly social either. They weren't rude to the people next door, the Thompsons and the Jacksons, but we never popped round for coffee or stuck Christmas cards though their letterboxes. The only old person I remember from my childhood was Mrs Somerville who must've been in her seventies. She would just saunter into our kitchen without even a rap on the door as she was coming through. Mum hated that but she understood the old woman came from a different time when no one locked their doors. To be fair we only locked our doors at night which it was so easy for the woman to get in. I mean she didn't start rifling though our stuff, she just came for a chat usually, but it wasn't long before she couldn't manage on her own and, so I was told, they put her in a home. Can I imagine Mum setting a plate for Mrs Somerville? To be honest I'm not sure. She'd feed any stray animal that passed through her garden but they were so much easier than people. People have agendas

I envy your parental memories. Thanks for sharing them.