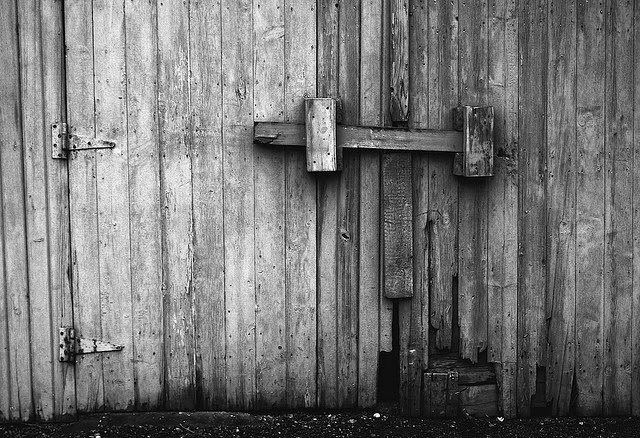 If you’re a Vegetarian or, indeed, if you’re an Animal Lover (and who isn’t?), this piece may disturb you.

My beloved Linenhall Arts Centre, here in Castlebar, opened a new exhibition the other evening. The exhibition is by Siobhan McGibbon and it is called ‘The Cultivation of a Fallacy’. You can read a little about it by clicking here.

I was in the exhibition space on Friday morning, as the opening was being prepared, and I stopped for a moment in front of one of the pieces. It was a distinctive cellular quilt of bunched-up material interspersed with thick sinew and veins.

Even though I had not seen one this close in over thirty-five years, I still knew straight away what it was. The artist was in the vicinity so I got to ask her. “That’s a cow’s belly, isn’t it?” She confirmed that indeed it was, or rather a cast of one.

The flood of memories that the sight of this thing brought back to me was almost overwhelming. The things I did on a twice-weekly basic in my earliest years as a teenager and, even before that, as a pre-teen.

My memories of the Slaughter House.

When I was young, we had dogs and, among other things, we fed them some ‘green tripe’ and it was my job to visit the butcher’s yard to get this fabled green tripe for them.

See, that last sentence is a classic example of reinvention of memory. It’s all true, as far as it goes, but the language is all wrong. I didn’t know what ‘green tripe’ was until yesterday when I did a little Google research on what I used to do. Until yesterday, I didn’t even know for sure that what I did was not some crazy-ass thing that nobody should ever do. It turns out that it was okay, though. It has a name, ‘green tripe’ and a nutritional logic and even a devout following

If I hadn’t found that out I don’t think I could be telling you about this, my pilgrimage for the green tripe.

I’m dancing around the subject. Let’s get to it…

Every Tuesday and Thursday, after school was over, I would take a bag and troop down to the slaughter house. The doors into the place were huge wooden double doors with a smaller door cut into one of them. I would bang on the smaller door as hard as I could and, eventually, one of the two men inside would could down and let me in.

The slaughter house was a very small enterprise, serving only one local butcher. It was a small shed at the end of a cobbled laneway which started behind the double doors. The shed was open at the front and contained two block-and-tackle rigs, a table, knives, saws, a hose pipe and a gully to drain away the blood.

The two men always greeted me warmly and continued to work away while I did my thing. They slaughtered sheep and cattle, only a few every day, this was no production line, and I became very familiar and completely undisturbed by the process.

My goal was the cow's belly and I received it as unprocessed as is humanly imaginable. When the belly was removed from the carcass, it was a large smooth fleshy bag filled with grassy shit. In my memory, it was about the size of a backpack. This bag was thrown out of the slaughter house door and slid down the cobblestoned lane, intact, to where I waited for it by a mound of shit held by a low retaining wall.

I had my own knife with me. A black-handled razor-sharp dirk of a thing. When the stomach bag arrived at my feet, I slit it open with my knife and the greenish grassy shit plopped out it everywhere to add to the existing mound. I cut the stomach all along and then I turned it inside out to get the last of the contents out. Then I hung it on a hook on the back of a corrugated iron sheet that was positioned to the right of the mound. The cut-stomach was now as bulky and unwieldy as a large soaking-wet-overcoat. It took some work to haul it up onto the hook and I quickly learned not to wear my good clothes.

Once it was on the hook, I borrowed the men’s hose pipe and I meticulously washed out the inside of the stomach. While the outside was smooth and fleshy, the inside was cellular and tube-ridden and almost velvety in texture. Every hexagonal cell had to be washed free of grassy shit.

When that was done, and the stomach was dripping wet and clean, I took my knife again and filleted off as many pieces as I needed for that day. I plopped them in my bag, said goodbye to Clive and Henny and went off home.

I have no memory of learning to do this or of ever being brought to the slaughter house and introduced there by anybody else. In my memory, it was just one of the things I did. There was no trauma or discomfort or pain. It was a chore and I could have done without it sometimes but it was something I was given to do and I just did it.

And the dogs enjoyed the green tripe that was part of their diet and they sure looked good on it although their breath was sometimes a bit off.

What do you learn from something like this? Something that is, literally, a rather visceral experience. This would be a better piece if I could conclude with some lesson I had picked up up from my chore.

Well, I think about this now and the thing which sits at the forefront of my mind is not the killing room or the bulging warm stomachs and their yellow-green contents. Instead, it’s the room that was situated beside the killing room. A small stone stable-like shed with a door and a single window. From out of that window, a cow would peep from the gloom, with a plaintive low and a rolling eye, awaiting its fate. That cow had unwittingly stood in green fields with the cool rain drizzling on its back. It had eaten and grown and felt the warm sun. It had lived. Now that life was due to end, there would be no reprieve, no rescue, no return to the green field. The humane-killer was waiting.

Do I need to draw a parallel? Probably not but I will anyway. What I think I learned, first hand, in that place. was that life is short and that it may not end well. Feel the sun and your head and the drizzle on your back.

Live it while you have it.

I never did anything like that as a kid. I hated getting my hands dirty or messy. Still do, precious wee thing that I am. I had no interest in gardening although I do recall being made to weed the borders. My dad at the time managed a cotton-spinning mill and would often be in there at weekends or evenings fixing the machines. I recall once he was fitting the rollers back on one and asked me to help, to take one end which, of course, was slathered in grease and I can recall to this day how unpleasant it felt. It might’ve been more than one roller—the machine had loads of them—but it all boils down to the one in my head. It was one of those key moments where I knew how much of a disappointment I was to him. Not that he stopped loving me—I never once doubted my father’s love—but I was never someone he understood.

There was a slaughterhouse in East Kilbride which is where I lived when I first got married. Some days the smell would waft across to where we lived and quite often we could hear the animals who knew what was coming. I never wrote about it at the time. Wonder why? It’s the kind of thing that should’ve piqued my interest. I worked with a guy who I believe worked there as a teenager but I never talked to him about it. Now I can’t even remember his name for certain but I think it was Brian. He gave me the title for my first play—The Normalpath—and that’s still the best thing about it.