A Whole New Way to Underachieve 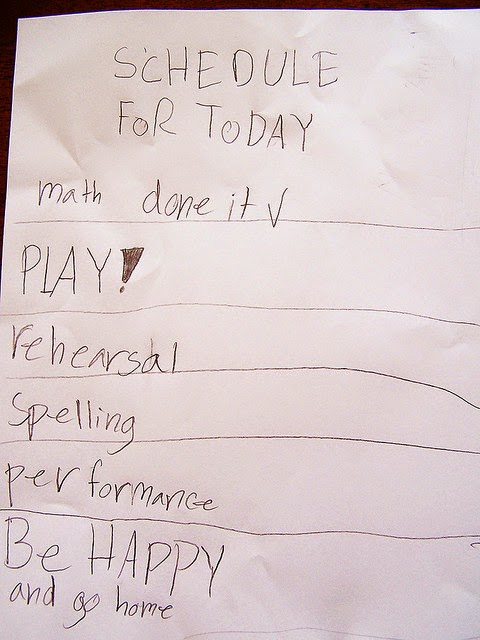 I’ve been thinking about the box in the corner of the room. The box that I have loved so much. It’s a thing that I’ve previously rhapsodised about at various times, calling it the ‘best invention ever’ and ‘the most useful thing I own’.

The Sky Plus box.

Upon its arrival, it changed my way of viewing television almost immediately. Never again did I have to miss a programme on telly. I could arrange to capture it on the box and watch it at my absolute leisure. Whole series could be grabbed and stored at the push of a button.

What a wondrous thing it was.

And, yes, it has remained great for a long time. No longer did I have to watch inferior uninteresting telly, haunted by the knowledge that I’d missed something wonderful earlier on.

Before you ask, of course I had a VHS recorder like everybody else but it was just unwieldy enough to mean it was easier to catch the programme live – or miss it entirely – rather than set up the whole shebang to record. And series-recording was pretty much out of the question with VHS. You caught it live, recorded an occasional episode, or you missed it mate. That was it.

But now, alas, my beloved box seemed to have turned on me. It has become, for me at least, a whole new way to underachieve. It’s over there now, taunting me. I can feel its red eye upon me.

You only have to look at the pile of stuff I have recorded to know how this works. Homeland Series 3, The Bridge Series 2, The Newsroom Series 2, Game of Thrones Series 2 (I know, I know), Hinterland, Fargo, 24 – Live Another Day… the list goes on and on.

I’ve seen the first few episodes of some of them and absolutely none of more of them. And I want to see them all. They sit there and taunt me everytime I flick past them. “You’re failing again, mate,” they seem to say, “you can’t even sit and watch us.”

I’ve got Netflix too. I’ve got a personalised list of movies on there to watch and/or rewatch. The Hunt, A Royal Affair, Cinema Paridiso, Network. Not to mention the series, ‘Orange is the New Black, House of Cards even, heavens-to-Betsy, Breaking Bad (I’m on series 3 and actually watching this one).

It’s a combination of a fairly busy life and a lovely wife and growing-up-kids who have somewhat different viewing priorities to mine. My telly time is a bit limited and there are some things I have to watch in relation to work-matters.

A part of me starts to think that the destruction of the tellybox might be the best thing for me. That I should revert to watching whatever I can catch and working harder to catch it.

I won’t do that though. When I do finally get to sit down and watch something, I quite like having something good to watch. I just kind of wish there wasn’t so bloody much of it.

So there it is. The lists of unwatched series and the documentaries and the movies continue to build and build…

(Note to self, continue to avoid Kindles.)

There are people who don’t own a telly. I only know of one and she still watches the odd film on her computer. I don’t have a Sky Plus Box. We’re Virgin customer so we have a TiVo. Same thing. I think it’s wonderful. The only live TV I ever watch nowadays is the breakfast news and Doctor Who. Seriously. And the thing is set to record Doctor Who too just in case. I have no idea when anything is on nowadays. I buy a TV paper every week—actually I have it delivered (TV & Satellite Week—I believe you’re a Radio Times man)—and I sit there with my highlighter and red pen and note what I plan to record in the week ahead. Often the shows are already set to record from the last time a series was on but I always double-check. And every day, at 6:30, we sit down to watch “the one-eyed god in the corner” as my dad called it—not that he hated TV, far from it—and we work our way through five or six programmes usually going through them alphabetically. Occasionally, especially if it’s the send of a series or if Carrie’s about to head off to the States again, we’ll watch the last couple of episodes. Like you we’re behind on everything bar Doctor Who. I don’t care. I have time for five or six shows (the sixth show is usually a cartoon like Family Guy) and that’s it. Come eleven we go to bed. That’s enough TV for me. When Carrie’s in the US however I don’t watch any of our regular shows apart from Doctor Who which I’ll watch again when she comes home but I’m damned if I’m waiting three weeks to watch my Doctor Who. I tend to save up documentaries and films and stuff we don’t have time for or I know Carrie isn’t interested in. Yesterday I watched Tommy Cooper: Not Like That, Like This, an old Sarah Michelle Geller film, The Return, the Parkinson Masterclass featuring Eddie Izzard and Film Review. I read a little more when Carrie’s not here too but not a huge amount; one can only read so much in one day.

I’m not sure why you would want to avoid an ebook reader although I far prefer my tablet to my Kindle. Carrie bought a newer Kindle and loves it. I already have too many books to read. It really doesn’t matter to me in what format they are. I will die with hundreds of unread books. All I can do is ensure that what books I do get round to are decent ones and that’s how I feel about TV too. I try to not watch rubbish. I don’t always watch what I want to watch—that’s the problem of living with someone else whose tastes you have to take account of when planning what you intend to record for future viewing (if I never saw another episode of Royal Pains it would be too soon) but I get to watch enough of what I care about.

I really like my TIVO equivalent, Jim, most of the time. This week, I've just found myself frustrated with my frustration than I'm frustrated with the amount of stuff that's building up on it.

As my Mum would have said, "you haven't much to be worrying about."

I don't own a telly box, haven't for years, and I very much like it that way.

I get to watch whatever I want to when I want to relax and watch something online.
I get my news through social media & I occasionally listen to Radio 2.

There aren't many programmes I go out of my way to watch; Have I Got News For You is the only one I watch from terrestrial telly (I watch it on iplayer).

Recently someone suggested that I spend less time on social media. I asked them how much time they spend watching telly each day... At least for me social media is productive, positive interaction with friends & it generates income for me in my business, what does watching the telly box bring him?

It is an odd dilemma to have, I agree. Blessing with a slight curse. Yet it allows Hubby to fast forward through commercials he detests (that would be 99% of them) and gives us the occasional reason to just sit, relax and forget about work for a while; which is hard when you own your own business AND a charity!

Yesterday it rained all day and we caught up on some DVR movies. It was great...yet I couldn't sit that long more than once a month without feeling guilty.

The worst part? You're right, dodging spoilers in this world of instant everything. Hubby asked what I wanted to watch and I practically yelled, "Game of Thrones! I can't keep avoiding all the talk about it much longer!" :)