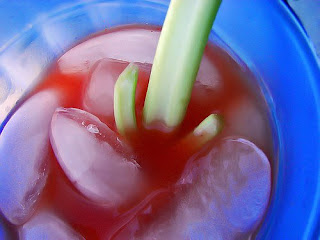 At the ripe old age of sixteen, I was promoted from behind the public bar to the relative elegance of the restaurant bar next door.

My black tie was borrowed and my white shirt still boasted those sharp vertical creases from the packaging. I felt fairly refined.

An elderly tartan-clad American gent sat up on one of my stools and ordered himself a 'Bloody Mary'.

We served those out in the public bar now and again so I knew what to do.