Tangled Up in Black 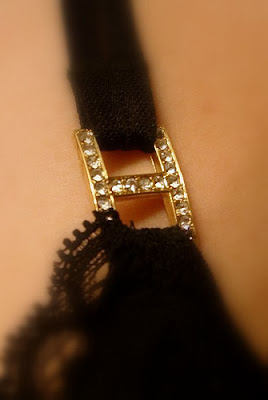 An embarrassing thing such as this could happen to anyone…

But for this thing to happen, in this particular location, I think you really need to be ‘me’.

Holy Communion Day, ‘Sunday before last, and the Armstrong Family Unit were not technically late but we were meant to be in our seats a whole 30 minutes before the event kicked off and we were the-hell-and-gone from being a half an hour early.

On the long walk up to the church door, we got trapped behind a slow moving family and couldn’t get past. I like to move fast when I move… whoosh, that was me. Eventually I got by. I accelerated up the gravel and looked back triumphantly. My family had not got by. Drat.

So I stood in the church porch and waited for my clan to catch up. As I waited, the slow family brushed past me – slowly – and headed up the centre aisle of the church.

So, reunited with family, here I was again, behind the leisurely family, looking for another opening to get past. Half way up the main aisle of the now packed church, I saw my gap and went for it.

I should say that the family I was trying to get past were a Traveller family and the girls in the entourage were dressed up, as is customary, in bright, modern and somewhat revealing clothes. I should also add, for those who do not know, that Traveller families in Ireland, generally live quiet, socially separate lives from the so-called ‘settled’ community. A proud traveller girl, it is safe to say, wouldn’t really want anything to do with a damn-fool settled fella in a suit… particularly not today and particularly not here.

So, yes, I was hauled back.

In passing this youthfully-dressed twenty-something traveller girl, a button of my nice jacket had somehow become entangled in a stray thread from her black bra. The engineering of said bra was sufficient to yank me, Sam Peckinpah-like, back down the aisle and then there we were – this girl and me – all tangled up together in the aisle of the church on First Communion Day.

And if there is a single word to describe us both, it was this: Inextricable.

I think we were bound together for over three minutes as I tried in vain to get the bra-thread off my suit. I wound the thread one way and it started getting longer and longer, obviously coming loose. But then it would reach a critical point and start getting shorter and shorter again until we were back where we started off.

I would like to tell you about the hilarious reaction of the congregation, the cameras clicking, the older folk tut-tutting but the truth is, I know nothing of these things. Upon getting snagged I entered, as I often do in times of crisis, a highly-focused-shiny-forehead state of intense concentration upon which nothing intruded. There was only me and the bra-strap-thread… oh, and the girl.

With much respect to her, the girl was dignity personified. During the whole tangle-debacle, she spoke not one syllable to me. She stood tall and statuesque while I fiddled with her boobs in the church.

“I’m really sorry,” I said as I wound my thread. “Shall I just snap it?” There was no response, so I deduced from this that I shouldn’t and kept winding.

Trish, I now realised, was at my shoulder, giving customary support.

“You’ve got it now,” she said encouragingly. But I hadn’t got it, I was still a full 67 seconds away from that happy moment.

Neither Trish nor I mentioned the incident all day long – there were priests to stand beside, relatives to feed and cash money to commandeer.

That evening though, we had a Donnie Darko moment on the couch.

“How about that bra?” was all I said.

And we both laughed and laughed…

Ah, kudos to the girl for managing to remain dignified under those circumstances. For years though, she may have stories about the very-focused fellow who treated her bra as a Chinese puzzle. :)

You're kidding, right??
I'm so glad I'm not the only one that finds myself in these awkward moments!

You're making that up! My Good Gawd! Were you due a penance or something. The embarassment!

On the other hand, what a story to have into your golden years, rocking on the porch, choking back the tears. Good on you!

That is hilarious, almost makes me want to start going to church again..oh wait that passed.

lol...what an embarrassing situation! I hope your ears maintained their normal color. But at least you've looked at the brighter side of it.

You have now a private joke to share with your wife. Cheers.

ROFL! Too bad that's not on film!

The last time I took communion in Ireland was at Sts. Peter & Paul in Athlone, an expansive chuch lightly attended. I swear that we all trotted up to the communion rail, the sacrament was distributed so rapidly.

As I read this I was thinking that, "every one of these words rang true" but I was wondering, "later on when the crowd thinned out and you were about to do the same. . . didn't she come up behind your pew and ask, 'don't I know your name?'"

I love the title of the posting.

Jenn: It's not the first Chinese Puzzle bra I've encountered but the location sets it apart. :)

Fin: Yes. I think if it hadn't happened to me, my toes would've curled too.

Reese: Not kidding. I wonder what will happen next?

Kat: I'm not making any of it up, I swear. One might be tempted ot think I stretched the time-line a little but I didn't. That three minute felt like three weeks.

Jena: Not sure about it being 'private' joke but I know what you mean. :)

Koe: I enjoyed your comment every one of the words rang true... like they were written in my soul. :)

That made me laugh!.
Well told, the pictures will be in my head for some time to come.

OMG! Another one of your classic moments. Kind of like the way Kirk grabs Uhura's breasts in the new Star Trek! But different.

Who knew you could catch a man with a simple bra strap? At least catch and release was put into practice.

As always, made me laugh. Not at you of course. With you. Cause I swear, it'd be my luck to be the lady with the bra strap.

I would have died if I saw that happen. That had to have been more than a little awkward for you. Sounds like something that I'd end up in. Great job at telling the story.

Thanks be to God she didn't have her jealous big-fisted boyfriend with her....
!!

I found my way here by way of Susan at Stony River Farm and had a good laugh at it - having met a Traveller family on their First Communion outing at Muckross House and Gardens restaurant (Killarney) a few weeks back I can well imagine the girl's style and how you became inextricably linked! The bling and colours were pretty amazing and OTT even by First Communion standards generally. Glad it worked out but must have given some hilarity to the churchgoers!
Drop by my blog sometime, I haven't seen too many Irish blogs and it's nice to see some that are close to home.
Catherine

This is absolutely hilarious.

It brings to mind an incident that occured when my husband and I were eating breakfast at a restaurant. There was a particularly beautiful, and, shall I say, buxom young waitress. She was short, and her cleavage was at about nose-level to my seated husband. She arrived at our table with glasses of ice water, lost her balance, and spilled an entire glass of ice water straight down into her cleavage. Inches from my husband's nose, eyes, etc. Shrieks! It was all very slapstick-like, and she disappeared quickly for, I'm assuming, a de-icing treatment.

I enjoyed this story much too much. But a black bra and white dress? What was her mother thinking? Where was her mother, by the way?

You seem to have a calling for this type of thing. LOL

Mapstew: Thanks. The picture will be in mine too. :)

Matt: Nice to see you mate! I haven't seen Star Trek yet, you know how late I often am with these things.

Hope: At least we could have worked together to solve the puzzle if it were you.

Mike: Thanks. I didn't want to belittle the girl in the telling of the story, that was honestly the concern and the challenge.

Beth: I didn't have gigantic buttons... makes me appear like a clown... yes, now you mention it. :)

Jim: I could though, couldn't I. Sadly enough, you know I didn't.

Susan: Quite. I was afraid I would come out of it married to her by default.

Catherine: Welcome. IF you came from Susan's, your knees will be knackered from that steep laneway of hers. :)

Premium T: Your story is spicier than mine, what with the ice and all... :)

Emerging writer: The dress sense could a whole post in itself, but then I really *would* be in some trouble.

Good god Ken
The things you get yourself into...whilst Sober
love the way you manage to write about these cring-inducing events with total honesty
but God man I'd hate to have been you.lmao lamo <-(laughin my ass off )