The Lure of the Inside Pocket 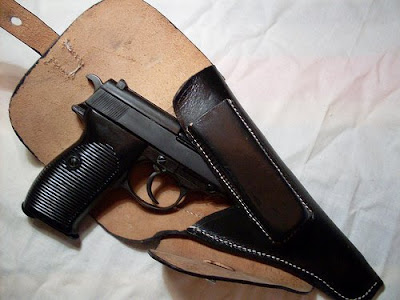 My youngest boy made his First Holy Communion yesterday. It was a great day and everything went really well – apart from yet another one of my patented mortifying incidents which I shall report to you as soon as I figure out exactly how to write it. I know… just write it.
Anyway, during the ceremony-thingie, one of the young guys made a throwaway gesture which hurled me right back to my own First Communion about thirty-eight years ago.

It was something that I had completely forgotten about until I saw this be-suited young fellow doing what he did.

But that was enough to take me back to my own new suit of some many years ago and my own big day.

It was reversible… my suit, that is, not the Communion. The ‘side less used’ was a blue and white check while the main event was… okay, truth, I can’t remember what colour it was – brown I think.

It came all the way from America and the reversible aspect of it was really very cool – if I’d been cleverer I could probably have gone up for my First Communion twice but I wasn’t so very calculating back in those days.

That was cool but it was the inside pocket that held the real attraction. I had always wanted an inside pocket and, for my First Communion, I got one.

There’s no mystery to it. Inside pockets were cool because the cool guys used them in the movies and on TV. They reached in and pulled things out of them. Particularly guns. I was a bit too young for Bond but I've seen since that Connery did seem to draw his Walther/Beretta out of his inside pocket from time-to-time and Illya Kuryakin certainly did it quite regularly.

And then I got to do it too. My gun was actually very nifty. You could stick the front of it into a potato and it would extract a little nubbin of spud which could then be fired at unsuspecting dogs… and grannys.

Was this a particularly Irish toy – the potato gun? I could see how it might well be…

Of course, I've learned now that guns are actually very heavy and would ruin the cut of your reversible communion suit. The well dressed gunslinger sports a Berns Martin Triple Draw holster. Dead posh, I'm sure, but I favoured the inside pocket option and I'm still here, yeah?

If I’m to be honest, I was still infatuated with the idea of an inside pocket even after I became a teenager. I realise that’s sad but it also true.

I mean, how could anyone not be?

Are you kidding me? Having an inside pocket is the only good thing about wearing anything from a sport coat to a tuxedo.

Also, we never had the little hand-held spring potato guns around here when I was a kid. A couple of years ago I built two larger ones, though, one that detonates hairspray for the power and another that works off an air compressor. Shooting them at dogs is not recommended.

You know, I know Ireland has landed itself a bit of a reputation as something of a backwards country but drooling over an inside pocket - I'm actually sad for you.

As for the spud gun - Christ, that takes me back.

I can't help but smile at Jim's comment Ken. lol

But I do want my clothing to have inside pockets. One very useful thing with it is, you could place your personal things inside (cell phones, coin purse, candies, hanky, etc) and no one would notice, especially if you're not allowed to hold anything like in graduation marches with your toga and gown...and we do this annually. You could just imagine how relieved I was to have an inside pocket.

Btw Ken, the book is on its lay-outing process kindly visit and inform me if I have missed anything. Thanks.

This is the URL:
http://gewgawwritings.blogspot.com/2009/05/inspirational-book-by-bloggers-now-on.html

Maybe I was brought up the wrong way, but I preferred the deep, roomy pockets in the front of my suit pants. For this fidgeter, those pockets allowed me to play with the coins in my pocket. And other nice round things.

Okay, my sad confession...I was always a little jealous that Dad had a coat with a "secret pocket" on the inside. I use to let my overactive little imagination run rampant about what he might keep in there.

Okay, so most of the time it was breath mints...to keep us quiet in church. :)

Oh hilarious, a reversible blue-check suit. A story in itself, especially when you could pull out a spud gun from the inner pocket.

Our baby daughter's madly envious of her Daddy's inside pockets--she keeps putting people's mobiles and calculators and pens down the neck of her shirt. There's a trail of such stuff all over the house of course...

Glad to hear the Communion went well! Ours is this coming Sunday; extra vodka laid in for the occasion so Mummy makes it through.
*sigh*

Thanks for the back-up Mike. I knew you'd understand.

Jim: You had a spud gun? I bet you were a bad bastard with your spud gun. :)

Jena: Hi. I am laid low with a cold... most unusual for me... I will be over to inspect shortly.

Matt: The old pocket pool - it certainly had it charms. :)

Hope: I wish I could send you an inside pocket of your very own...

Susan: Wait until you hear what happened to me in the middle of the church... with the bra... oh God!! :)

Congratulations on your son's big day!
Question: Were the trousers reversible too?

I had heard of potato guns, but didn't realize that was what it meant (I think I thought they were actually fashioned out of potatoes).

Spud guns in Essex in the sixties. Never found them that effective though, and prone to jamming. Much preferred the ones you loaded with little, hard, silver-grey balls; additional ammo always available at the newsagents. Unfortunately, these were confiscated at the Walpole Bay Hotel in Cliftonville (posh Margate) after a sniper assault on Edward the barman which managed to get one of said silver-grey balls in his mouth. He did not like children.
And girls never got inside pockets. Not even in our blazers.

I bought my nephew a few suit jackets (and pants -he isn't walking around bottomless!). I didn't think about the inside pocket. Now I will have to see if he notices it. I'll just put something in the pocket for him to find. My first thought was a condom, he'd get a kick out of that. But, a bit over the top for his Aunt to do and I don't have any anyway. Something else will occur to me. :)

I think I'm with Matt and you in regards to a love of the old pocket pool. My only complaint? The ref was a dick!

Never had a potato gun, but what a great idea. For us, it was water guns. We thought it would be a great idea to take them to school in 7th grade and shoot the teachers when they were unaware. I think that resulted in a trip to the principal's office.

I too had a spud gun. I've no idea what happened to it though. A child I teach produced a tiny "bouncy ball" yesterday. They were (are) great.