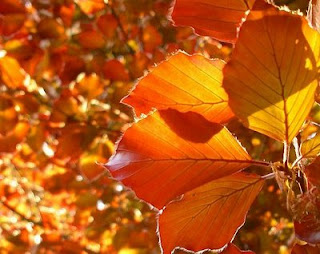 As you will probably already know, a 'Mondegreen' is a mis-heard song lyric.

The world is full of very good examples:

'A year has passed since I broke my nose...'

or that old Beatles classic:

'The girl with colitis goes by...'

The phrase itself was apparently coined by Sylvia Wright and was itself based on a mondegreen. In the poem, 'The Bonnie Earl O'Murray', Sylvia heard a line refer to '... and Lady Mondegreen' which was in fact, '... and laid him on the green.' It's quite a fine example and a great way to give a name to something. (Thanks to Wikipedia for some information on that last bit.)

Anyway, I have my own favorite Mondegreen. I guess I love it so much becuase nobody told me about it, it was my own mistake and I made it proudly all by myself.

My favorite one happens in the song 'Golden Brown' by The Stranglers.

Ever since I have heard this song I have believed the lyric to be:

"Golden brown, texture like sun lays me down With my Mancherons."

(If possible have a little listen to the song before reading the rest, I'm sure you'll hear it too)

I always sang along happily (as you do) until, one day I started to wonder what the hell a 'Mancheron' was.

I looked it up and found out that it was, "a very short sleeve not extending below armpit level"

Okayyyyy... so this guy lay down in his short sleeves... 'relatively happy with that.

But then, listening to the song one day, the truth suddenly came to me in a blinding flash of light.

This was a real epiphany for me.

It was similar to the time (quite recently) when I worked out that the expression 'Seconds Out', as used when a round of boxing is about to commence, does not mean that there are only seconds left before the boxing starts but rather means that the boxers assistants or 'seconds' should remove themselves from the ring.

The key to loving these revelations (for me anyway) is that you can't be told them, you have to figure them out for yourself - no matter how far behind the rest of the world you are.

So I love my 'Mondegreen' mistake because:

a) If you think it is 'Mancherons', it really sounds like 'Mancherons' but as soon as you know the truth, you will never ever hear 'Mancherons' again and

b) Lots of people have apparently made the same mistake as I did and they continue to do so to this very day.

As I'm sure you'll be shocked to know, growing up in the 70s I used to have some trouble with ABBA lyrics.

One of the ones I still sing along today is "Take A Chance On Me:

As you well know, this is not the song lyric. the correct lyric is:

Don't ask me where I got olly oxen free from--a kid's brain, you know.

Anyway, there are thousands of them.

My little sister mistook "Out of Reach," by Gabrielle in a very strange way. In the bit where Gabrielle goes "Outtareeeeeaaaaach," Katie believed she was saying "Batterryyyyyyyy," and it was a song about mobile phone battery.

Another great one I heard - not mine, though - is in the Beach Boys' song "I Get Around".

The person in question believed that Brian Wilson was suffering from "British pop envy".

(Real lyric is "I'm a real cool head; I'm making real good bread" - but it does sound like the Mondegreen!)

LOL @ the "mancherons" bit, though. Quite brilliant.

That's just great, Matt. It reminds me of the reverse mondegreen song:

Fiendish: Batterryyyyy is a classic, we couldn't make this stuff up. :)

By the way: 100 EC for the nice person who identifies my first 3 examples in the post. easy!

Argh! You mentioned one of the few songs where I actually slapped MYSELF in the forehead when I realized what it said! {Think mares, does and lambs}. I thought it was a nonsense song but was especially puzzled as to what a "lambsy divey" was. :)

An American comedy once did a scene on this, featuring Cher's "Gypsies, Tramps and Thieves".
The kid sang, "Gypsies and Chimpanzees...and at night all the men would come to town, and lay the monkey down."
{Monkey was suppose to be money}.

When it first came out, I thought Cher's song was 'Gypsy Turn that Wheel'. I remember this vividly (now that you reminded me). :)

Thank you for bringing up Mondegreens. You motivated me to clarify something that has irritated me for 25 years.

What a let down. I expected more, somehow.

When I worked in a record shop the owner was a specialist at renaming songs (which is a bit different, I know). One of my favourites was 'Last night a DJ shaved my wife' (for 'Last night a DJ saved my life') but there were lots of others (and some much ruder!).
x

Hi Dominic - perhaps stick with 'Plastic Straw When You get Sick' it's got a nice ring to it.

Rachel: you've reminded me of my friend Sarah who always believed Michael Jackson had a suitable anthem for her Friday nights. It was called 'Keep Up 'Til the Pubs Close Up, Don't Stop til you Get Enough'. Thanks. :) (Post is in the post)

I'm afraid I have to go with the classic:

Jo Jo was a man who thought he was a woman but Lucy knew it wouldn't last.

Do you realise that it was only a couple of years ago I found out the right words? I always reckoned they were wrong but couldn't be bothered checking.

I have entire songs (like Nirvana's, "Smells Like Teen Spirit" that I sing along to with completely made up sounds:)

This post made me laugh. One song I remember that I kept singing wrongly, was one Ricky Martin song- "Livin La Vida Loca" . I was singing "upside , inside out she's living like a loca." lol.

The real lyrics were:

See? 'Got me smiling now.

Sorry Jim, missed you out there.

In fairness, that's pretty much what I thought that lyric was too. They kinda do the 'thought he was a woman' further down the lyric so I don't think we should feel all that bad about it, eh?

I have a memory of Paul Simon singing that song on Sesame Street, of all places, years ago. I remember thinking it incongruous at the time even do I didn't know what the word meant.

I thought it was Mancherons too! Didn't know what they were, but if I had to guess I'd have said some kind of cigar.

1.From the bee Gees' Stayin' Alive

(this goes perfectly with the video for this song BTW)


2.Michael Jackson's "Don't Stop 'til You Get Enough"

Instead of "Keep on with the force don't stop"

-it really does sound, when he sings, like he is singing

lol - I have loads of these - Can't think of one right now.

Yay, Kate, I knew I couldn't be alone in my 'Mancheron' world.

Lidian: I am a closet Bee Gees fan (there, it's out) I rate some of their early songs quite highly. But , when I hear 'Staying Alive' I can never resist singing to myself 'Oh you can tell by the way I use my voice that I'm Sterilised, Sterilised."

C'mon, Lottie, surely you can think of just one??

I did think that Elton John sang "Hold me closer Tony Danza" but then a lot of people think that.

Oh, I love this! I tried to think of the (no doubt countless) times I've gotten the lyrics really, really wrong... but I'm coming up short.

...I was SO sure he said 'willy' in the Nirvana song! That's what everyone sings. I looked it up (couldn't help it!) and they told me it was 'will'. I'm still not sure!

Oh... 'Blister in the Sun' by Violent Femmes. I never knew the words to that. I always thought it was 'let me go wild, grab a cheesecake in the sky' or something ridiculous like that. Until I read the title of the song! It's actually 'Let me go on', too, so I got it really wrong.

Hi Grace, nice to see ya! I reckon it is 'my will is good' rather than the 'other option'. But that other option is kinda apt. :)

God, we shouldn't be talking about this - 'weather was nice today, wasn't it?

I cannot think of any Mondegreens myself (but I will) once I get a moment of silence. I can tell you that my husband is the KING of Mondegreens! In fact, he just runs with it and makes up lyrics to songs all the time. Then he pretends that they are the correct ones. I just shake my head and keep saying, "Not even close! It's kind of a game we have.
I'll work on it.
I do remember making fun of the Johnny Lydon PiL song, "This Is Not A Love Song" while thrashing on the dance floor - we sang, "This Is Not Enough Salt!"

There are others, I'm sure. I just have to rummage around in the cerebral memoirs to dig 'em up.

I used to love singing along to John Cougar Mellencamp's "I'm Fightin' Dorothy, and Dorothy Always Wins". Imagine my heartbreak when my wife informed me it was "I fight authority, authority always wins". The world is a cruel, cruel place...

well hands up, I was looking for a definition of mancherons and found this... so we've learned 1. correct lyrics, 2. mondegreens, 3. correct use for mancherons... can't wait to get my short sleeves out to use this one. I'm sticking with my favourite mondegreen by sister sledge - we're lost in music; courting a tramp. Shame, the girls could have done so much better.

A school pal in a cafe once put Qustions & Answers by Sham 69 on the Jukebox. We were singing along to it, when my mate nudged me to be quiet and listen to the girl on my left. She was singing "queer suits and air suits" Its had me giggling for 30 years!

I'm another Mancheron - that's how I found this page!

I've had many modegreens in my time, the only other one that comes to mind though is from Sing for the Moment by Eminem, I thought "to having a fortune, no more kissin a**" was "to having abortions, no more kids... [something]".

A friend in school thought "Cry me a river" was "Buy me a real gun", and once my Jordanian friend asked me what "Tin a can" meant, as in EA Sports, "It's in the game".

Plastic straw when you're off sick
etc.

Which makes more sense: the "plastic straw" is the nasogastric tube used for feeding / medication for sick patients in hospital – say when they've had an overdose of something. A very likely scenario in a Stranglers song...

I thought the straw was to suck it up....