Movies Made Great by Music 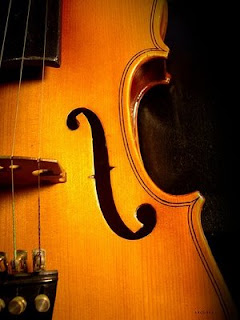 I've just listening to an interview with John Barry and I was struck again by the fact that some films would not be half as good as they are without the fabulous music written for them.

For me, the names of two composers arise in particular in this regard - Ennio Morricone and John Barry.

I think both have written film music which has elevated itself beyond the movies it was written for and also elevated the movies themselves - some of them quite mundane - to a higher plain.


So, here's a few movies made better by their score - in no particular order (please add a few in comments if you have any):

Once upon a time in America

Dances with Wolves - how average would this film be without *that* music?

Brief Encounter (Rachmaninov may not have written his second piano concerto for this flick but it sure fits!)

Last of the Mohicans

The Good the Bad and Ugly

I really shouldn't forget John Williams (well... I haven't really 'cos Jaws gets a mention) but his work on many of Speilberg and Lucas' blockbusters have been contributory to their success.

If you guys can add a few, I know I'll be inspired to add a few more.

Oh: here's a little piece of doggerel I just doodled:

Our foreplay was ecstatic
but then I slept the whole night through.
Get this into my head:
Restoril - red
Viag-ara is blue.

Yeah -- it really helps to not be colour blind in this day of pills before beddybye.

Wow. There are a lot of movies on that list that I haven't seen... I really need to go on that.

I definitely agree that some movies just wouldn't be what they are if it weren't for the amazing music in them. :)

Conan the Barbarian, Jurassic Park, and one of my favorite recent soundtracks "The Last Samurai"
Movie Soundtracks make or break a film in my opinion and many a bad movie has had its soundtrack put on my ipod because it was that good.

Look at Heavy Metal the movie, the soundtrack was way more popular than the movie.

My 2ND favorite Movie of All Time...Dances with Wolves :)

and you can only write one....

Ah, a subject dear to my heart. I own just about all the music you list, in fact I was listening to For a Few Dollars More as I read your post so that was a coincidence. Morricone really doesn't get the credit he's due, he is a very hard working chappie but I doubt he'll ever be remembered for his music for Sergei Leone's 'spaghetti westerns' and possibly The Mission despite his having scored over 500 movies; my personal favourite is Legend of 1900. I don't suppose Barry is that far behind him and again his legacy will forever be the James Bond theme.

Here's my wee list anyway, if no particular order:

In most cases I've picked the best of their work. I think Newton Howard's contributions to all of M. Night Shyamalan's films is significant and where would Tim Burton be without Danny Elfman or Godfrey Reggio (who directed the three 'Qatsi' films) without Philip Glass?

I just realised I've got out of the habit of listening to great music. I'm just going to turn on Classic FM.

And I have to admit I'd not taken much notice of the film music composers before. But you've made me think about it.

Some of your choices, I have to agree...more so with my favorite- "star wars". I have to agree with "The good, the bad"...,"Dances with wolves". Here are mine:

These are only some.
Cheers and happy blogging,

My vote would go to High Noon. Okay, the music is not in itself that brilliant. It is very simple and repetative, but without it the film would have been nothing. With it it was (in my opinion) one of the most memorable I have seen.

(I would agree with most of your list, by the way!)

It's obscure, I know, but Neil Young's instrumental music for Jim Jarmusch's "Dead Man" really adds to the tone of the film.

ê¿ê : your comment prompted me to edit and point out - that little poem is not based on my personal 'truth' :) I was actually watching my Dad arrange his colossal array of drugs the other day and the thought occurred.

Hi Fragile: Body Heat is my favorite - I own the soundtrack on vinyl, it cost me a small fortune and now I have nothing to play it on.

Dragon Blogger - hmmm, bad movies with great music, that there is a whole other angle. :) 'Must think a bit about that.

Alan, I'm going to ponder that for an hour or two and then hazard a guess. I saw the super-long-version of Dances With Wolves in the movies and was engrossed throughout but, since, I think the music roped me in. John Barry can do that... Now, what the hell could number one be.

That's a helluva good list Jim, my God, you left Tangerine Dream until last!. Your Philip Glass (Kowaanisqatsi... wow) reminded me of another (I knew it would happen) Michael Nyman's work for Peter Greenaway. And Blade runner is, of course, special in every single way.

Thanks Jena: Star Wars - what an orchestration - it's just a little 'over-heard' or something, but still super-dee-dooper.

You are right Dave, High Noon shows consummate use of music in film, good call.

Hello Jenn! This, I don't know but I love Jarmusch's work - particularly 'Down By Law' (Tom Waits is my sled). I will be looking into this one, thanks.

The evidence: 'likes Westerns (Dances with Wolves is No. 2).

Psycho and Jaws are the most memorable...

Have you noticed the trend in movie soundtracks to use previously recorded popular tunes? Paying for the rights (& royalties) has become cheaper than paying a composer for an original score, the musicians to play said score and the production crew that brings the project together.

I worked with a woman from Ireland once....should of remembered about the Luck of the Irish.

You hit all the ones on my list, [Jaws/Psycho/Star Wars/The Good, the Bad & the Ugly] mostly because the music alone instantly identifies the movie.

Having grown up in the era of a glut of t.v. westerns, those spaghetti western movie themes bring back pleasant memories.

I love Morricone!
Okay it's not a movie but I bought Arvo Part's Alina album because of his "Spiegel im Spiegel" composition that was used during the BBC documentary series on Auschwitz.
I love the Rocky soundtrack - sad, but true!
The Titanic should be on the list though I imagine most people are sick to the back teeth with the soundtrack by now!

Ken: :( that's sad. Does nobody make them anymore (What were they called again?)

Hi Cecilia: Two big ones there for sure. Some of the lesser films really do get a boost from their music though. I'm thinking of Michael Mann's 'Last of the Mohicans' (score by Trevor Jones and Randy Edelman) as a good example of a place where the music embeds the imagery from the film. 'Somewhere in Time' really manages it too. Gawd, I'm writing my post all over again! :)

Hi Carol: Yes, I really like the appropriate use of popular songs in movies too. I have a great Film Four double CD of such songs, 'Little Green Bag' from 'Reservoir Dogs' or 'Didn't I blow Your Mind This Time' from 'Jackie Brown or... 'Iggy Pop' in 'Trainspotting'....

Hi Alan: The luck of the Irish lies in their choice of friends. Oh yeah, and in their researching abilities. :) Ta for EC, think I'll buy a bun with them...

Sorlil: I love Rocky too, but only because it's Brilliant. You're not getting Titanic into the list though, sorry :)

Yes, Fragile, we called them 'record players' and we really danced with each other back then... and summers were always warm and Christmas's always white. (sigh) where's my walking-aid got to?

I just realized I have a couple of soundtracks in my collection: one is "Mask of Zorro"...although in a way it's cheating because much of the music is the same song played in a variety of ways. However it did hold up because the tempo fit the action...sorta like those westerns. ;)

I have the one for "A Knight's Tale", [starred Heath Ledger] which wasn't so much a sound track as 70s music set to a period piece. Kinda funny to watch two guys jousting to "We Will Rock You". I just can't recall at what moment David Bowie's "Golden Years" was used.

Great list everyone, great post Ken! I really agree with most of the movies on your list and I own many of the soundtracks by Barry, Morricone, Williams and James Horner. Here are a few more I would add as the music of each was distinctive and often controlled the mood:

1. Titanic--it was as much a musical event as a movie, and not because of Celine Dion.

Finding Neverland is a favorite of mine but I don't remember the music... must remind myself.

A movie without a musical score is like a day without the sun. Dull and void. A great list here. Thanks for posting.

I'm am so 3 short of a six pack. I was wondering how the heck did this guy guess Brokeback Mountain????

I haven't looked at my profile page for a looooooooong time. Yup there it is.........written for anyone to see....my favorite movie :(

Ha! It's quite made my day that you've come back to this and discovered the truth after so long! :) I didn't really hide it either (see my comments above). I could never really guess your favorite anything in one go, you're far too 'windswept and interesting' for that.