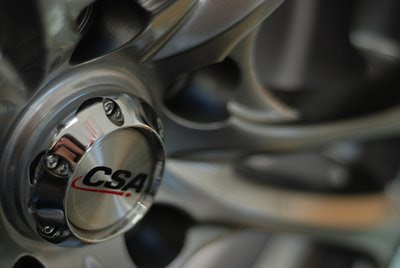 In Ireland, we have The ‘NCT Test’. Yes that phrase is an example of Tautology (the things I do for clarity). This is a compulsory roadworthiness test for cars over 3 years old. It's a bit like the British MOT test or the American... I don't know, the American 'what' test?

I have heard that certain families of crows have evolved so that they can use primitive tools such as stones to help break open their food. On that particular wing of the evolutionary scale they are a beak and several feathers above me. Any job which requires the use of tools or the interconnecting of parts will be guaranteed to cause me the greatest of difficulty.

It was therefore with a dull sense of trepidation that I approached the green letter which perched on my mat one bleak Tuesday morning. It was time for my car to be NCT tested to assess, and hopefully confirm, its continued roadworthiness. Doubtless the car would have to be tweaked and fiddled-with to help ease its passage. But ‘trepidation’ is too big a word to last very long. I resolved to take my standard approach to any problem requiring ingrained ‘handiness’ – I would simply pay somebody, who was up there with the crows, to do it for me.

So it was that I found myself, on the night before the test, sitting at home looking out at the rain pelt down upon my gleaming fully-serviced car, when it occurred to me to check the NCT appointment letter to make sure all my documentation was to hand – I’m passable at documentation.

There was little choice. I would have to Do It Myself.

Some people – sportsmen and athletes perhaps – may enjoy sweating in the rain. But it was a relatively new experience for me and not one which I was enjoying at all.

Drenched to the sinew, at the centre of a virtual fairy fort of tools, devices and implements of destruction, I faced four of the most immovable spherical objects in the history of motorised transport. NCT failure hung over me like a steamy cloud. I needed help.

I phoned Dad, certifiably the handiest man in the world and living proof that physical dexterity can easily skip a generation.

“Get a chisel or a screwdriver” he bellowed from the midst of whatever handy task he was currently engaged in, “get the edge in under the rim then bang it hard until it comes off.”

Five minutes later things were largely as they were before except that I was now bleeding profusely from the fleshy part of my palm. I did what all non-handy people should always do… I gave up.

Next morning at work I told my work mate Anthony how I had skipped my test on account of the immovability of my hubcaps.

His reply was as gentle as it was disbelieving.

“You don’t have hubcaps,” he said, “you have alloy wheels.”

When I turned up for my rearranged appointment and told the NCT Man how my car had ‘Alloys’ which didn’t have to be prised off, I felt that for a fleeting moment I had peered in through the door of a club to which I would never, ever, belong.

This didn’t bother me too much.

What really bothered me was that, out there in the streaming rain, just before the blood started to flow in earnest, I had nearly gotten one of those beauties off.

OMG! That is so funny! Alloy wheels! You poor guy.

I actually had to change a tire once on the freeway in the rain at rush hour outside Detroit while cars were zipping by me at 75+ mph (That's hurricane speed.) I had never changed a tire before. I just read the directions with the jack and it was a piece of cake.

Ah, Matt beat me to it. Such a simple phrase, "Vehicle inspection", yet it sent terror into those who feared their cars wouldn't pass. And those that were borderline... many a station attendant was paid to slap the sticker on and overlook the faults. Which is why in S.C., we no longer have such inspections... they did absolutely no good.

I too laughed. Heartily. Sorry. Here's my penance. Dad said I never had any interest in cars until he popped open the hood. When I was a kid, he went to great lengths to teach me how to change a flat tire. Not because I was his first born but because I was a girl. After his demo, he turned to me and asked like a professor, "So, what do you do when you get a flat tire?" And I replied innocently,"I call you. Because I can't get the lug nuts off." :)

Let's just say I had the knowledge to handle hubcaps already, but not so sure the muscle to finish the task.

Yup, the crows have one up on you. Some of them even figured out that dropping a nut onto a road will get cars to run over it and open it for them. More figured out that if they drop it near a traffic light, then the cars will eventually stop so they can get their nut safely.

Very Fine Post. I almost snorted milk out of my nose. (Not that you would know if I actually did such a thing) I gave you a buzz also.

Excellent girlie moment! I laughed, my beloved laughed, we all laughed...not that I would have been any more use...
x

A very enjoyable post -it's always a pleasure to come upon a well-written piece in which the author can laugh at himself. This piece really sparks., and for all sorts of reasons, it was just what I needed.

Oh, dearie dearie me...
Alloy wheels get stolen all the time, don't they? Presumably by people with better motor controls than you, Ken. I don't think it's impossible to get the piece off the wheels.
Although why the heck does the NCT require hubcaps to be removed anyway?! The MOT certainly doesn't.

He he he, (sorry, I can't help but laugh) , that must have hurt. Imagine prising something made up of alloy with a rudimentary tool and your bare hands.

Thanks for the laugh Ken, as ever that was superbly told . I can just imagine you with a straight-faced expression telling that story infront of your friends.

Are you good too at that?

I forgot to tell you about a question I have for you at my working abroad blog.

Drop by when you have the time, no pressures,and no need to post in your blog. Thanks.

OMG...I am laughing my derriere off, and I am spitting coffee too! :)

I am very good with my hands, but somehow, changing a tire is something I never had to do. Thank God. ;)

I am similarly challenged in that regard. When I was at school one of the subjects I too was Applied Mechanics and I came top of the year, smart fart that I am. Of course the workings of the internal combustion engine were covered, 2-stroke, 4-stroke and the beautiful 3-stroke. Some short time later I had learned to drive and became the family chauffeur and shortly after that my dad introduced me to a real internal combustion engine filthy thing that it was. Oh, no no no, we didn't much care for getting our hands dirty there let me tell you. However it was a good ten years later when my first car was acting up that the level of my ignorance made itself manifest when my dad had to show me that you had to put water and oil in the damn thing - it had never crossed my mind.

Some of you might think I made this one up.

And there's worse to come... so much worse.

I have done many things like this. You make me feel almost human!

Interesting Fiendish, I address this very point in the post I just posted while you were... um... posting this.

The point, basically, is - we have to find some things out by ourselves in order to full appreciate them.

No, this wasn't really one of those things was it? :)

This is really funny! I live with one of those guys whose family dexterity skipped a generation. Too much! I'll be back.

Oh dear, and Matthew S says "piece of cake" with an instruction book. I KNOW how that makes you feel. It might have more value as a rain hat, eh?