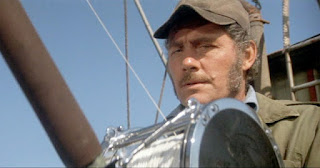 I tend to treat writing prompts in that same way that I do tips on horses. I never actively seek them out or put myself in a position where I get them but, if one should appear naturally in the wild, from some unexpected source, I sometimes find that hard to pass up.

At last Monday’s writer’s group meeting, we had a new visitor who we hope might come again. Roberta Beary is an accomplished writer and poet and she brought a welcome hue of enthusiasm and edge to the proceedings. She mentioned a writing prompt she had been given and she read a piece which had resulted from it. It was a good piece. The prompt was simply ‘My First Job’. I hadn’t intended to ‘get on that horse’ but the prompt stayed in my head and, as I suppose it’s meant to do, prompted a memory.

So here it is:

“I want you to go in and sell this one yourself.”

We stared into the boot of the car, my Dad and me. You know the scenes in 'Goodfellas' or 'Reservoir Dogs' where they stare into the trunk of their car? It was a bit like that, I think, except it happened long before those films was made.

He was laid out in the boot of the car, on three flattened sheets of 'The Sligo Champion'. He was silver and opalescent and sleek and fine. He was mine to sell to the restaurant. I was thirteen years old.

I wasn’t the keenest fishing person in my family, not by a long way, but I had been going through something of a renewed fishing appreciation stage. Perhaps it was something to do with ‘Jaws’ being in the Cinema. Seeing Quint up there on the big screen, in that chair of his, carefully eyeing up the gently clicking reel, it just seemed to make what my father and elder brothers did seem all the more cool and exciting. I had been driving around with Dad for a few weeks now and with my brother too whenever they had a salmon to sell. Enjoying the spin in the car from hotel to hotel and enjoying, too, the haggling over the sale of the fish they caught. These fish were prized commodities and the money we got for them was really very good for the Nineteen Seventies.

“Try to get eight pounds a pound for him. Thomas Mahon said he got that for one earlier in the week.”

“Don’t go any less than seven-fifty anyway. If we can’t get that, we’ll try The Southern.”

My Father said ‘we’, and that was kind of him I guess, but there was no ‘we’, not really This was all down to me. My very first job. Get in there. Work that finger. Sell the salmon. Get the price.

The hotel kitchens all looked the same, to me at least. White tiled, clean, quiet because the evening’s business had not yet begun. The chef, all white hatted and chequered trousered. He lit up a little when he saw me coming. I think I thought that was all about the sight of a little fella like me hauling a salmon that was nearly his own length in by the gills. Looking back now, I’m sure it was only the salmon that lit him up. Wild as anything. Three hours before, it had been rushing through the brown peaty waters of Loch Gill.

“Did you catch him yourself?”

“I know Eddie all right. Is he sick?”

“How much do you want for him?”

“I was thinking, ten pounds a pound.”

“Were you, thinking that?”

The chef took the salmon from me. His finger in the other gill, lifting the fish up and off mine. The blessed relief of that. Hoping I didn’t have to take him back and carry him out again.

“We’re giving eight at the moment.”

“You might go nine.” I was always my father’s son.

“I’ll do you eight-fifty. Seeing as how it’s you that’s in it,” He smiled.

My first sale, my first job. Dad would be pleased.

I smiled back at him. The tall bearded chef.

I’ve never been very good at haggling. I’d hate to live in Asia. But it’s becoming more of a thing here nowadays than it used to be. (Apparently you have a 72% chance of getting a discount or a freebie thrown in in John Lewis and a 62% chance with Tesco just to name two.) The only thing I can ever remember bargaining over was the couch I’m sitting on right now and I felt horrible but I saved fifty quid so I got over it. What possessed me to ask the salesman what his best offer was I’ve no idea. I’d never done it before and I could easily afford the couch but I asked and much to my surprise he knocked fifty quid off the bill. Just like that and without batting an eye. I think actually this couch is the last sizeable item Carrie and I ever bought in a store. Everything is done online now and there’s no scope for haggling there: this is the asking price—take it or leave it.