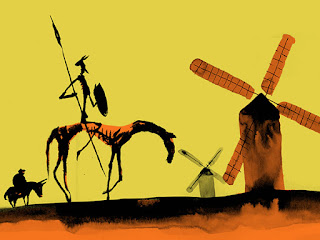 I see certain people on Social Media and they are always fighting the good fight. Every day, it seems, they are out there doing battle with awful individuals who say terrible things.

I can totally see why. The world is in a bad state in many ways and every idiot and horrible person has a soapbox and a voice which is respectively as high and as loud as anybody else’s. The poison and horror they broadcast simply cannot be left unchallenged.

It would be wrong to ever let their terrible sentiments stand. So long as we have a voice with which to shout back and a keyboard upon which to type a challenge. The fight must go on…

Except… I suppose, I don’t. Not really.

I’m all for fighting the bad guys but I tend to think that one-on-one battles with evident trolls on social media are both self-destructive and ultimately pointless. This is tricky because anything I say about the futility of arguing with fools on Twitter is so easily refuted by expressing some heartfelt, genuine and true sentiments. Thoughts along the lines of those things I’ve started to say in that first paragraph. If we don’t fight every hater and shout down every dangerous fool, what will become of us? Will we simply be overrun by the mob?

I think I’ve been subconsciously casting around for a metaphor for some time. Some kind of simile that might help me try to illustrate this point. I think that because, when one came crashing into my car this week, I recognised it almost straight away.

This week, I killed a small bird. With my car. It wasn’t intentional. I was driving along, just outside of town, when it happened. It unfolded with a certain inevitability, as these things often do. The little bird seemed to come from a million miles away, always and inevitably heading straight for my front bumper. One moment wheeling breathlessly through the summer air, the next a tiny inert bundle in a ditch. There was just the faintest of thuds and a glance at the startled face of the person driving behind in my rear view mirror to mark the moment. That was it. It was unavoidable and there was nothing to be done about it.

I was sorry. I don’t like to kill things. I’m one of those people who tends to move snails if they are in a dry place or let flies escape out the window whenever they are willing to go. So, yeah, it was a bummer but there was nothing I could do.

And then my mind went about its work, as it often does.

What if I felt I absolutely had to do something about the death of this little bird. What if I felt it was my own microcosm of all the ill that I see in the wide world and for me to not take action would be a terrible, terrible mistake. What if I imagined that the little bird had flown out to find grubs for its collective of tiny nestlings and that, now, those shrill voices calling for food would never be answered and even more deaths would soon result from my inaction. What if I parked my car and searched every tree in the neighbourhood and eventually, against all odds, found those little chicks and brought them home and fed them and tried to sustain them until, one day-

It’s all impossible, of course. A pipe dream. An illusion of effectiveness.

A little bird is dead. It is sad but there is nothing I can directly do to help or change that.

The word ‘directly’ is relevant here. This whole train of thought led me to the next piece of silliness. Something I’ve never done before but may do again. Later, when I was in the shop, I stuck a couple of coins in the ‘poor box’. I did it for the bird. I couldn’t do anything directly but I could do something indirectly. To mark the moment, to redress the balance. Call it what you will. To do something useful.

This, for me, is how it is on Social Media. The trolls and the fuckwits are like the dead bird. They are an ill, a wrongness in the world, but I cannot beat all the trees and knock them out. If I try, I am only bloodying my hands and endangering my mind to absolutely no avail. If I want to really achieve any moral victory against them, I must walk away and leave them to their ditch. I must find something else. Something small and positive to do in order to counter them. It may not be direct action but it is, at least, action and something good may come of it. Scouring the sycamores for imaginary orphan birds will serve nobody and will do no good.

There is something almost Quixotic about the way people do battle on Social Media. Valiant and almost-alone, they ride out on their exhausted nag into the dusty plain to wage war on the evil giants.

“Do you see over yonder, friend Sancho, thirty or forty hulking giants? I intend to do battle with them and slay them… for this is a righteous war and the removal of so foul a brood from off the face of the earth is a service God will bless.”

On Social Media, we can come to see ourselves as our own ‘Man of La Mancha’, our missions equally noble and equally misguided. The main difference is that the trolls there are not imaginary. They are all too real and their windmills are built specifically to draw us into their fight.

I remain open to be convinced of everything I say. Those who righteously disagree with this may quote, “He who saves a single life, saves the world entire,” and I would not argue with that. I would only suggest that most of these online battles will not save a single life or even necessarily do any good at all. I would go so far as to say that some of these vicious virtual battles may end up costing a life, for no gain.

Don’t misunderstand me. I fight. I stand my ground. But the modern world is full of false, time-wasting things that only give the illusion of being righteous battles. I need to find where I can do the most good. I need to do my best work there, and leave the windmills to do their own work.

This one’s for that little bird, still laying dead in the ditch. I’m really sorry I put you there but this, I think, is as much as I can usefully do.

The bird has gone on to its next phase and so must you/we.

“Via the conduit of a wild dog pack, she has now made the ultimate Gift to her fellow Creatures, and has become part of God's great dance of proteins.”
― Margaret Atwood, The Year of the Flood

Wise words, Ken. Thanks for offering useful metaphor or another way of thinking about our fight against the trolls. Next time, I'll try something more indirect that will benefit others, even though it may not stop the trolls.

Ken, the reality (that word again!) is that there is no one right way for humans to progress. We each make decisions about issues that we feel are important and we get stuck in. It's how the human brain works in it's wonderful - but essential - obsessive way. We've got to here - wherever 'here' is - because of that obsessiveness - without which Homo sapiens would have become extinct a long time ago. And we will go extinct - eventually.........

The reason I chose "hope-the road less traveled" for my blog title was in recognition of that very idea. I can't control the world (or it's IQ challenged) I can only control how I react to them. It use to be we knew how to "chose your battles" and what to leave alone. So much of what you're talking about involves people just wanting to be heard/seen, not wanting to actually DO anything constructive. As my country lawyer friend use to say, "You know when you step in @!*#, the more you move around, the more it stinks." :)

So my blog title is my quiet nod to taking the high road...often the road less traveled. Then again, maybe it's that southern girl thing which was drilled into us, "If you can't say something nice, don't say anything at all."

Some days, it appears I've taken a vow of silence. :) Thanks for making me feel like I'm not alone when it comes to this stuff.

Every little helps. So they say. And it can. But mostly it can’t. I was reading an article in The Guardian earlier this week about being green which puts the whole thing in perspective. The author writes, “While we busy ourselves greening our personal lives, fossil fuel corporations are rendering these efforts irrelevant. The breakdown of carbon emissions since 1988? A hundred companies alone are responsible for an astonishing 71 percent.” I’m reminded of many comic book scenarios where a team of minor superheroes like the Defenders or the Invaders is slugging it out against some Godzilla-sized baddie and their blows aren’t even tickling him. THEN one of the big hitters arrives, Thor or Superman, and it’s a different ballgame: the playing field is levelled. I know trolls are individuals but they swarm and coalesce and form themselves into huge, scary, scary things looking for a fight. They become “the voice of the public” even though they probably don’t represent a fraction of the public but they are often loud. Mobs scare me. Mobocracy scares me even more: rule by bullies. I don’t like confrontation and avoid it at all costs. That doesn’t mean I’ve never given anyone cause to be upset at me because I have because I’m only human and sometimes I don’t think before I open my gob. But to go out of my way to insist my way’s right? Does it really matter the next Doctor’s to be a woman or OJ’s being released from prison? I’m not saying I don’t have an opinion—I’m entitled to my opinion (freedom of thought and all that)—but I don’t feel any desperate need to win people round to that opinion. These are not the things we need to be worrying about. These are not the monsters we should be fighting. It would be like one of those superheroes breaking off from the fight to harangue a spectator cowering in a doorway for wearing white after Labour Day. Individuals are not going to save the planet or remove the likes of Trump from power. Organised bodies of people could and they’re who the man in the street should be targeting: Fight our fight for us. Be our superheroes.

Does it make no difference then my attempts to be green? It makes me feel as if I’m doing my bit and I do like to feel good but we’ve been duped into thinking we’re the problem so we must be part of the solution. It’s tokenism. It’s not enough to do something. It needs to be the right something.

It bugs me that people will assume I agree with them by my silence. The loudest idiots are taken as popular opinion, as if they speak for everyone. So, I try to save a few dead birds, in spite of knowing it is futile. I speak out because the opposing view may be overwhelmed but it still needs to exist in order to be heard or found at all.