Nothing More Than Seethings 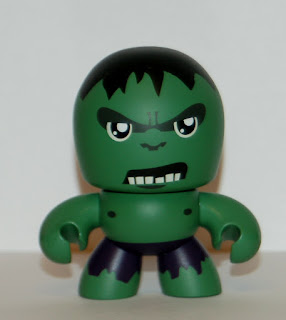 I’m older now and I don’t ever lose my temper any more. I just hope this always remains true. It’s not gone away, you see, my temper. I can still feel it inside sometimes. A sort of a seething.

I have always had a phenomenally bad temper. It was one that rarely showed its face. One that wouldn’t ever be a hazard to family or friends but also one that was large and unwieldy when it finally did show up.

I won’t bore you with the stories. I’m older now and I don’t ever lose my temper any more…

I’m writing about this today because I could clearly feel the seething last night. I was there again, standing on the edge of my bad temper, looking in. I can batten it down now, I’ve learned that. I just worry that one day I might not succeed and, let’s face it, I’m too old for this crap.

Last night it was the old ‘queue jumping’ thing that brought on those old feelings. I was down at the local petrol station/convenience shop, queuing behind four others with my emergency milk. The other till, the one closest to the door, was unmanned until, suddenly, it wasn’t. From nowhere, a youth was there, cash register on, open for business.

A weedy baseball-capped shit-head then walked straight in the door, glanced at our uptight stupid little queue, went straight for the new empty till, and started into an inconsequential scratch card transaction.

I muttered under my breath, not too quietly, “Look at this shit, now,”  and the lady in front of me in the queue glanced back at me nervously. She sensed the beginnings of a seethe and perhaps knew where such things sometimes lead with some people.

I stormed over and stood behind the lottery card interloper and spoke back to the woman who had been in the queue in front of me, the now-nervous one. “I’ll let you in here if it comes free.” It was part ‘trying to fix things’, part passive aggressive point making to Scratchcard Man, who couldn’t have cared less.

And the other queue started moving now and the guy who has been behind me showed no interest in letting me back in. I stared at the neck hairs of Scratchcard Man and my breathing started to come shallow and harsh. It isn't any single thing that sets off a rage, it is very much the 'straw that breaks the camel's back' syndrome. At another time, none of this would have mattered but, at this moment, this guy had serious straw potential. There was an old familiar precipice looming up ahead and I was jogging right towards it.

The scratch card man finished eventually and left without a backward glance. I paid for my emergency milk and went home. Like I said, I’m older now and I don’t allow myself to hang-glide gleefully over the edge of my rage. But I know very well how it might have played out. No part of that scenario is any fun.

What if Scratch Card man had not simply gone away? What if he had reacted to my seething at the back of his neck? It’s not beyond the bounds of possibility, I was telegraphing pretty hard. What if he had turned to me and said something like, “Do you have a problem with me, pal?”

Well then I would do what I would generally do. Fearing actual conflict, I would have turned into the sort of ‘Brillantined Stick Insect’ that John Cleese used to portray so well (though I don’t use the stuff). I would deny any problem on my part and would bid him to continue with his highly-important scratch card transactions. I would back down to the point of grovelling, anything to avoid a row.

But, still, in the back of my mind, a precipice would have inched imperceptibly closer.

Supposing he then did not choose to return to his business. Supposing he fancied a piece of me, this little smart-ass annoyed punter clutching his milk. Supposing he pushed me or grabbed my lapel and breathed his hot scratch card breath all over my face.

Then, alas, I would be gone.

The thing that never happens anymore would have happened and be would have been all-over long before I ever knew anything about it. Shop property, bystanders, windows, personal injury, repercussions, all would be of no regard as the rage took over, completely and utterly and, then, what would be, would be.

This event might last only a moment and when it was gone there would be an overwhelming sense of regret and embarrassment and self-loathing. It was never glamorous or cool like the unleashing of a rage might be in a movie. It always seemed tawdry and childish and totally without merit.

So thank heavens that I don’t do it any more

One final thing. I said earlier that no part of it was ever any fun. ‘Not quite true. In the losing of my temper, there seemed to be one moment, perhaps not even real, perhaps imagined, where all the chains were suddenly off, where it didn’t matter what happened from here on in. For the next few seconds, all control was gone, all bets were off.

And I must never get it again.

I cannot remember the last time I was angry. The last time I went to see a psychologist she kept on about my anger issues but I insisted what I was feeling was frustration and there was a difference. My wife says I can be passive-aggressive: the poor man’s anger. My brother was the angry one. He broke tables and put his fist through doors. I was never like that. Of course anger and violence are not the same thing—I’m not suggesting that for a minute—but anger often results in violence; it seems to need to be discharged externally rather than absorbed. Internalising anger is seen as a bad thing. I don’t think I do. I also associate anger with passion and I’ve never thought of myself as a passionate individual. I veer towards the addictive personality which is why I don’t drink. The last thing a depressive needs is drink anyway. Drink, in my experience, is… I was going to say an enhancer but I think really what I mean is an exaggerator: you think you’re more attractive than you are or more lonely or angrier. I don’t need any help with my emotions; they’re rocky enough without chemical assistance. My brother drank. It never helped him.

I don’t like confrontation so I would’ve just waited for my milk and been done with it. I’m never in that much of a rush to be anywhere anyhow. I can think standing in a queue or on a bus or on the loo. It doesn’t make much difference to me. I used to be impatient, ridiculously so, but not these days. And yet the thing that frustrates me the most is time wasting. I think all time spent out of the house is wasted which is why I wouldn’t care much about which queue I was in. At home it’s different. I get up expecting to do a good six hours work every day (eight would be preferable but I’m a realist) and I get frustrated when I see the day slipping away from me and I’m getting nothing done, nothing I want to get done. I could give way to anger but anger works best when it has a focal point. Frustration is like boredom; they tend towards the amorphous.

I watched The Incredible Hulk back in the seventies not because I was a huge fan of the character but we weren’t exactly spoiled for choice when it came to superhero-related television shows. I liked Banner more than the Hulk and I just loved the closing credits. They did the same with The Sweeny, remember.

Sometimes I'm actually eager for something to make me lose my temper because I have a rage inside of me and I'm looking for a righteous opportunity to loose it. On those occasions, however, the opportunity never comes. I'm far better at containing myself most of the time but, damn, sometimes I'd love a justifiable opportunity just to let go. Fortunately, I've become quite adept at falling back on sarcasm, which I feel no duty to moderate.

You're reaction was pefectly normal, but unlike our chimp relatives, you were able to initiate a non-violent response. However, it would have been perfectly reasonable for you to have challenged the guy with 'there's a queue here, my friend.' He may have been an arse, or just simply unaware. But he might have thought differently next time......