Proud to be Irish and Remembering Other Times 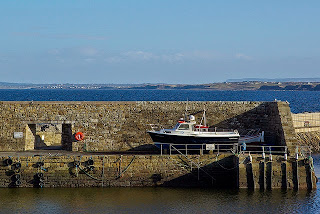 “Marriage may be contracted in accordance with law by two persons without distinction as to their sex.”

It’s a massive thing, for many reasons. We, as a nation, finally got to show our true colours. In a popular vote on a human, moral issue, without coercion, we cheerfully and loudly said ‘Yes’. Ireland can be seen as a modern and open place where equality and freedom and love are the valued commodities. Who could fail to be proud of that? Not me, that’s for sure.

That would be enough to say about pride in one’s country on any normal day of the week. But there was more to this week. Different stuff altogether. There was the memories that came flooding back, to me at least, of the events of 27th August 1979. A day when I found myself very far from proud to be Irish.

I was sixteen years old and working out my Summer holidays in the ‘Bonne Chère’ restaurant in Sligo. Locals sometimes called it the ‘Bonnsheree’. I was a combination of barman and ‘Waitress Number 10’ because that was what was written on my order pad. It was a grand time and I was proud to work there. But my pride in most things was about to run out that day.

A bomb went off, out on the water, eighteen miles from where I was working. The noise reached the town and the news followed soon afterward. Lord Louis Mountbatten, Lady Doreen Brabourne, Paul Maxwell and Nicolas Knatchbull were killed by the explosive device which the IRA had planted on Lord Mountbatten’s boat at Mullaghmore.

When I was young, I was in a shoe shop once in Sligo with Mum and she pointed out a tallish man in an adjacent seat. “That’s Louis Mountbatten,” she said. For me, there was always a sense of the retired man being welcome and enjoyed in the locale. Here was a man who could have spent his elder years anywhere but chose to come here and spend it in our place. It was like you baked a cake and a stranger came and enjoyed a slice. There was no sense of cow-towing  or either of outrage. There was just a well-known man and his family coming to spend time here. We liked it.

The strands of web which tie me to Mullaghmore are perhaps not terribly strong but they are many and they are very sticky. Here are just some of them.

As children, Dad would drive us there on many Sunday afternoons and we would spot jellyfish bobbing in the deep water off the pier, chase rabbit-shadows among the sand dunes, and admire all the boats and summer people around the harbour.

When ‘Jaws’ (my favourite film) came out, I imagined all the action taking place out on the blue water off the shore. I would imagine Quint chugging out of the harbour under a white cloud sky. It was, in many ways, a dream place for me.

A good friend of my Dad was out on the water and only a few hundred yards away when the bomb was remotely detonated from the shore. He pulled people from the sea and saved a young life.

That sixteen year old barman in the ‘Bonne Chère’ that lunchtime was horrified beyond belief. The tallish man in the shoe shop, his family, they had not been murdered in my name. They had not been brutalised for any prize that I had ever wanted. He had come to live and rest and retire among us and we had killed him.

I was ashamed to be Irish that day and I remembered it again this week.

Many other people died on that awful day and on many other days too, on both sides of a bitter conflict. I am not writing this to belittle the awfulness and horror of each and every death. It’s just that this particular horror was embedded in my own place and thus is embedded in my own head.

Prince Charles came to Mullaghmore this week and that’s why all these memories came rushing back to vividness. He stirred memories in me of an idyll that was spoiled by mayhem and visions of fragments of boat wood and rainbow petrol stains on the blue water. But his coming may have also made it better. Maybe the next time I stop at Mullaghmore, as I still often do, and look down from my favourite bench seat onto the harbour (which is so much smaller than when I was young), maybe then something dull will have lifted from the lovely view.

And then this weekend came and the pride came rushing back. Ireland, we have done ourselves proud, this time. We have looked out for our people.

I would like to finish up with a note to the people who voted ‘No’. There are many of you. You are my neighbours, friends, townspeople, and just because we see things differently that doesn’t mean either of us are demons or even bad people. We are, almost universally, intrinsically good and we want only the best for ourselves and our families.

I think that we humans, regardless of creed, have evolved to have a strong moral compass embedded deep in each and every one of us. Sometimes it is hard to consult the compass on account of external noise and interference and of high pressure from outside influences. But if we can silence the voices and look deep in there, we generally know what is right. We must keep listening to our own hearts and hear what it says to us.

Finally, if your religious beliefs tell you that what happened this week is wrong, audit them carefully. Most religions, at their purest, offer a basic moral code that is hard to dispute. It is the trappings that men have adorned these simple codes with, it is those things that cloud the simple truths and basic moral goodness of what we may choose to believe in.

I would classify myself as a sort of a cheerful agnostic. I can’t bring myself to believe with any conviction that there is any existence beyond this one but I think it would be nice if there was.

Still and all, if you should fear for me, as a ‘Yes’ voter. If you fear that God will be waiting for me when I die and will demand of me an account of my actions in this regard then please don’t be too afraid. If it is the same God that I have grown up with, the one who sent his only son to tell us to 'love our fellow men as we love ourselves,, to 'do onto others as we would have them do onto us'...

Since when did ‘Irish’ become a thing? You can’t pick it up. You can’t swap it for something better. You can’t leave it behind. And the same goes for being Scottish or any other nationality. What happens when you’ve been Yugoslavian all your life and then someone comes along and says there’s no Yugoslavia? You look out your window at what was Yugoslavia a couple of hours earlier and it still looks like what you think Yugoslavia ought to look like but that’s not what it is and, apparently, you’re no longer Yugoslavian either. A few years ago if you were of a homosexual persuasion you couldn’t really call yourself Irish because Ireland didn’t recognise you. It would pass you in the street and look the other way. That’s what it meant to be Irish. Now it doesn’t. And I struggle with that. If anyone was to ask me—yea or nay, no half measures—if I was proud to be Scottish I’d say I was and I wouldn’t have to think about it for too long. But if you were to ask me what it means to be to be a Scot I’d struggle. (Give me multiple choice any day. Hate essay questions.) I’ve spent all my life surrounded by Scots and they’ve mostly been decent enough individuals. But when I’ve run into people of other nationalities I can’t say I’ve really noticed the difference, accents aside. It was pure fluke that I was born here anyway. My parents are English and the only reason they’d moved to Glasgow was my dad’s firm relocated. Had I been born where I was supposed to be born I’d’ve been English (and twenty years older but let’s not complicate matters). What did complicate matters was the fact I never picked up the local twang. For most of my life I spoke with a distinctive Lancashire accent unlike my siblings who both still have a noticeable West of Scotland brogue. So, at school, I was the “English bastard” and it didn’t matter where I was born. People judged. My fellow Scots judged. My family went to Twickenham once—I suppose I’d’ve been about eight or nine at the time—and a boy in the street called me “four eyes” which amused the hell out of me because I’d never been called anything as lame as “four eyes” in my puff: “gobshite”, “fuckwit”, “arsehole” but never “four eyes”. So I guess I looked down on that kid for being a bit of a woose if I’m being honest, an English woose.

When I first started marketing myself online I, for a while at least, underlined the fact I was a Scottish writer even though my writing is not typically Scottish, not in same way as James Kelman or Irvine Welsh. I looked on it as a way to differentiate myself. Mostly the only writers who set out to distinguish themselves from their peers are blacks, gays and women. There are courses that focus on LGBT writers or women’s studies. Why aren’t there courses on depressed writers or alcoholic writers? I don’t actually think of myself as Scottish writer. I wonder if the girl next door thinks of herself as a Scottish lesbian. Or what about the woman upstairs: is she a Scottish single mother? Maybe it’s a pecking order. Maybe the girl next door is a woman first, a lesbian second and a Scot third.

As far as the vote at the weekend I’m pleased how it went. It’s not a subject I’m passionate about because marriage isn’t a subject I’m passionate about. I only married Carried so she could remain in the UK. I would’ve been perfectly happy living in sin with her. If they abolished marriage tomorrow—if that’s what it meant to be Scottish from now on—it wouldn’t worry me. Love and fidelity have nothing to do with bits of paper or nationality.