Social Media - A Citizen of No Country 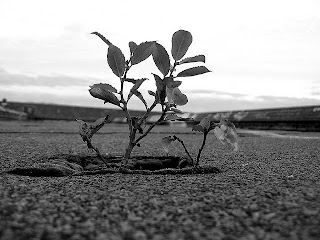 Where do I go from here with Social Media? It’s hard to know.

I think it’s probably the same sort of a Love/Hate relationship for most people, depending on mood, world events, the weather. Certainly that’s the way it is for me and always has been. Sometimes, there’s the acknowledged joy in being in connection with people you could never otherwise meet. Sometimes there’s an almost-hatred of the passing, ultimately inconsequential, nature of the beast.

What all that means is that, whatever I write here today, I’ll probably feel different about it next week. That’s Social Media for you, or for me at least.

Still and all, the point of this blog is to reflect some aspect of the thoughts or memories which have occupied me in the previous week and, this week, it’s been Social Media. So here goes.

Social Media… this week, I could just leave, get up and go.

But we do that intermittently, we Social Media heads, don’t we? We threaten that we will leave. We threaten only ourselves with this because everybody else would get over it pretty darned sharpish if we did. We threaten to go and never come back and sometimes we even go and then quickly come back. We’re nothing if not predictable.

I think our Social Media identities age at about ten times the rate of normal ageing. After seven years of it, we are like old folk, bemoaning how everything has changed for the worse and how the whippersnappers have no respect for the world.

But maybe I’m being too self-analytical and stand-offish. The Social Media experience has changed. It has really changed, for me anyway.

Facebook is my least favourite of the two Social Media places which I regularly inhabit. This is a shame because a lot of my favourite people are most active on Facebook these days. I stay because of them. Really, more than anything else, Facebook makes me feel isolated. It makes no secret of the fact that it uses some kind of Algorithm to better improve our online experience. It effectively chooses who and what I should see and who should see me.

My personal perception of this is that everybody is put in a cell, rather like those hexagonal ones in a beehive, and then the Facebook machine allows them only to interact freely with a few other adjoining cells that it judges will be best suited to them. What this means is that the people I have known longest on Social Media do not see what I say-and-show and I do not see what they say-and-show. Not unless I deliberately go looking for it. And, face it, nobody really ‘goes looking’ too hard for people’s updates on Social Media. That’s called ‘Stalking’. We see what we are shown and, largely, we settle for that.

It is possible that my experience of this ‘algorithm isolation’ is greater than other people’s. I often link to my blog and I get the impression that Facebook doesn’t wish to encourage links in that particular direction.

So the Facebook effect, for me at least, is largely one of speaking and listening into a void. Not seeing and not being seen. Facebook, effectively, doesn’t ‘like’ me. That’s the logical response to what it does but, let’s call a spade a spade here, there is also a more troubling illogical response. Some dark subconscious voice occasionally nags at you, saying, “Don’t be stupid. Everybody can still see you. They can see every damn thing you do. They just don’t care any more.” That’s not real, of course, it’s not true but, if that thought can touch me, a reasonably tough and leathery old fella, then just imagine how it plays out with the lonely and vulnerable people who come and gaze into the Facebook window for some kind of solace.

So, yes, Facebook, this week I could leave you.

And what of Twitter? My beloved Twitter which has brought me so much connection and light over the years. Well, it feels like I have aged here too, again at approximately ten times the normal rate and, this week at least, that world also feels as if it is leaving me behind.

With all respect to those wonderful people who are still there these days, so many of the individuals who made it work so well for me have gone or have tapered off their presence so dramatically that they might as well be gone. In earlier years Twitter was, to quote Paul Simon, “A time of innocence, a time of confidences.” Make no mistake, everybody’s Twitter is different, formed unerringly from the people one chooses to see there. Mine, back in the day, gave the appearance of a loose cohort of individuals who were happy to bask a little in everyday minutia and common ground and old-old songs.

These days, with notable and wonderful exceptions, my Twitter feels rather like a large wave tank that ripples constantly in reaction to whatever daily agitation is thrown upon its surface. When something larger is crashed into it, it throws great gobbets of stuff up into the air, for a short time, then quickly reverts to its default reactionary ripple until the next bit thing comes crashing down. It seems less about sharing tiny life moments than echoing and often magnifying topical events both large and small.

Slowly, slowly, it has become a thing that I never signed up for.

So this is what I have become on Social Media. A member of no particular cohort. A nomad between two poor oases. A citizen of no country.

Yes, this week at least, I feel that I could leave Twitter and Facebook and all this Social Media thing behind.

The truth is, I need something. Life has become very insular. Good friends of old are now spread wide to the four winds. Outside of work and wonderful invaluable family, there is nowhere to go and nobody to talk to. Here at least, on Social Media, there is a window onto the world, even if the glass has become somewhat mildewed on the inside and frosted over on the outside.

The answer, for me, is what it always has been. I need to write more. Social Media always works best for me when I don’t lean too heavily on it. The past four months of my life, looking back, have been a time of barely controlled chaos. This is something you will not find reflected anywhere in my Social Media interactions because that’s largely how I roll. In that melee, the writing has continued to an extent but it has also suffered something too. It is time to go back to the depths of the writing. The place where solace truly lies, for me at least.

I suppose I shall continue to do what I do, here on my ageing Social Media, but I’ll do more of that other thing too. The thing that actually makes me most happy. I shall arise and go, back to my own ‘Un-social Media’. To the small worlds that reside here inside my own head. I’ll try to set them down coherently so that, someday, I might be able share more of them with you.

I’ve just got to get back to sorting some other things too.

I wonder how much we have in common. Not just you and me. All of us. We don’t like pain. We don’t like being hungry. Or poor. It doesn’t matter where you live those are a given. But what about missing out on stuff? Is there anyone on the planet who really doesn’t mind missing out on stuff? Do the people in the UK who don’t have Sky Atlantic mind that everyone else can watch Game of Thrones on a Monday evening? And do those who do have Sky Atlantic mind that people in the States get to watch it before them? Some will. Some feel unfulfilled if there life is not full. Isn’t that what the word means? The problem is there’s too much out there. No one has time for it all and every day there’s more. And most of it’s shite. When did we all turn coprophagous? Of course when you pick through the shite there’s the odd crumb worthy of attention, a morsel that made its way through the system without being properly digested. A bit of sweetcorn maybe.

I’m on Facebook and Twitter because someone said I should be and every day I dutifully check both streams. And it’s depressing. Because you have to wade through so much that’s uninteresting or irrelevant or just a plain waste of everyone’s time. And time is precious. So I find I care less and less if I’m missing out on stuff because the energy you have to expend to get it isn’t worth it. I’ve no idea how much you post but you’re listed as a close friend so I’d hope most. I never miss a notification of a post but then I see them in Feedly too which is another reason not to pay too much attention to Facebook. Twitter I do not see the point of. I follow a couple of dozen people and that feels like a burden especially when some guy posts eighty tweets in a row. Seriously! Who does he think is reading them? What is the point?

So I could quit tomorrow. There was a time—like you, about seven or eight years ago—when I was terrified I was going to miss something and I spent hours—literally hours!—every day following people only for them to give me the slip after a couple of years and go off and do something more interesting instead (I’m reminded of a kid’s show from the seventies). For the last five months I’ve done nothing but work on The More Things Change. I call it editing. It’s polishing. Nothing’s changed but I keep finding more and more in the book that needs highlighting. I just realised yesterday that Jim’s second flat has a single door and one window—I was very specific about the one window—and so had Noah’s Ark which is not a big point until you realise that there might be a connection here with Noah. Which there is. A slight one. But now I’ve caught that it needs some attention drawn to it. The book’ll be fine if I can’t figure out a way to do it without being too obvious but it would be nice to. The thing is I’m writing. Not from scratch but this was always my favourite part of the job. Hiding the Easter eggs. Besides I don’t think I’ll ever be able to write another book like this again. I don’t have it in me.

I’m not sure about the future of my blog either. It takes me a couple of hours each week to write my wee notes and some days that’s all the time I’m clear-headed enough to work. So that’s a day lost. And the same goes for the weekends when my friends tend to post. I can use up the best part of a day just commenting. But at least it’s meaningful communication. I don’t mind that. Writing should matter and not only fiction.