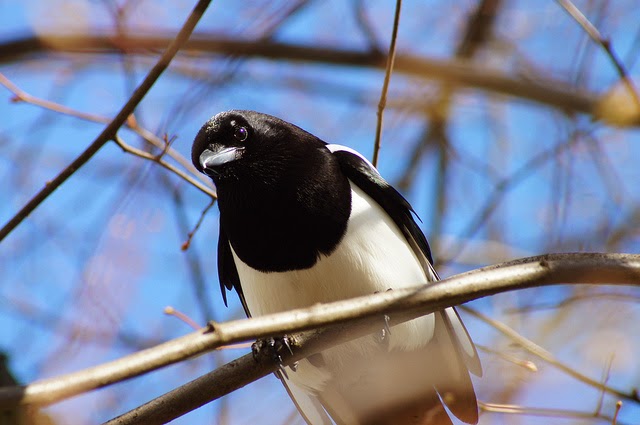 I think of something, through the week, and I decide that will be the point of that week’s blog post. Then I alternately mull over it and ignore it until some nebulous form comes to exist in my head. Then I write it, rewrite it, juggle it all around, try to bring it to some semblance of a coherent conclusion then I put it up.

That’s it, in a nutshell.

Not this week though. Not this bloody week.

This week, my mind can’t seem to settle on any one thing to write about. I’ve found myself jumping from thing to thing, thinking about each thing a bit, moving on, and not reaching any kind of semi-useful conclusion about anything.

I figured I’d just write a few lines about each of the things that have been taking up my brain time and see if some kind of linkage or random moral occurs before I press send. I wouldn’t bet on it though, not heavily anyway.

Mountains: I went up a mountain the week. My lovely wife and I. It was her birthday week so we took a day out of time and went up Croagh Patrick, our local mountain, known hereabouts at The Reek. I went up it once before, about ten years ago, and I am pleased to say I found it to be a damned sight easier this time. I guess it’s the bit of jogging I do now that I didn’t do before. The Reek is one of those remarkable places. Beautiful but daunting. Achievable but scary. Possible but only just. People talk to each other as they meet on the mountain. They tell where they have come from and how they are getting on. It’s as if some mysterious lodestone deep within the bedrock draws their intimacies out of them. It’s rather nice.

Memories: This week, I took custody of all the photo albums that my Dad left behind when he passed away. They’re in the hall in a series of boxes. Everybody is in there, younger and (in some cases) considerably more alive. I’m in there, getting married and having my sons Christened – a moustached greyhound of a young dude who I hardly recognise anymore. My wife is in there too, she hasn’t changed a bit. It’s funny how photos from within my lifetime, which I remember, do not seem half as old as the photos which were taken just before my time. That may seem blindingly obvious but the difference in perception is huge. The people I knew, frozen there in their Polaroids, are real to me such that they might ring my doorbell at any moment and come in demanding tea. They won’t of course, they’re long gone.

Having studied some of the photos for a while, I would offer a word of advice on when it comes to having your own photo taken, even if it’s only a boisterous group-selfie. Smile. Give it large to the camera. You never know which photo may come to define you to generations of your family to come. Make it a good one.

Magpies: I stopped outside my house the other evening and enjoyed the sight of a large Magpie doing battle with his reflection in a neighbour’s window. The Magpie must have somehow sensed my appreciation because he’s been coming over and doing it to my windows ever since. He starts early. Six thirty on Saturday morning it was and him doing the rounds of every window in the house. “What is this box,” he must wonder, “ stuffed full with my brothers and each as belligerent as me.” His tapping sounds like my Uncle Willie coming to visit at my childhood home. He was too familiar to ring the bell so he would tap meaningfully on the glass. When the Magpie calls, I feel a fleeting urge to go and let Willie in.

Mothers: Ah yes, it’s Mother’s Day and I’ve written about that before so I won’t go too far along that road again. Seeing my own boys collect themselves and troop down with card and chocolates, I’m just reminded of how different a responsibility Mother’s Day is when the Mother in question is no longer alive. When she’s here, it’s a matter of fulfilling some perceived expectation. A delivery of a small gift, a visit. It’s an observance. The appreciation, the true appreciation only starts to come when there is no hand to place the gift in. Then the gift becomes something altogether more pure; memory, appreciation, regret. A shame we can’t do it better when the Mother is still here to know it.

That’s it. A random collection of thoughts from a week, any of which could have been bloated up to the customary 800 word post. It just didn’t feel right to do that.

But what links them, ties them together? What was my subtle obsession that, this week, herded my thoughts through these gates? I feel there is something… something about time and passing and regret and valuing things… but I don’t quite grasp it. Not now. Not yet.

For now, I’ll just go with the most obvious link and say to you, with a smile, that this week’s post was brought to you… by the letter ‘M’.

Mountains: I don’t think I’ve ever been up a mountain. I’ve not even been up many hills. And when I did go wandering around the great outdoors the last thing I wanted to do was talk to complete strangers. I have an old poem from when I was about fifteen called ‘The Curse of the Summer Saturday’ in which I complain from one end of the poem to the next about all these people who’ve invaded my beach. We lived close to the beach growing up and I was always to be found there wandering round on my own thinking great thoughts.

Memories: When my mum died I got the job of divvying up the family photos. My siblings and I sat in Mum’s living room and went through every single photo. If more than one of us wanted a photo I scribbled our initials on the back and when Carrie and I got home she scanned them and I posted packs out to my brother and sister. It was an interesting exercise. I knew which photos mattered to me but I was surprised to see which photos mattered to them especially when they asked for copies of photos of me. That was the day the last photo of the three of us was taken.

As far as smiling goes very few photos exist with me smiling. I stopped when I was about ten, quite deliberately. When my daughter passed her degree last year I bought a new suit and paid for a photographer to take a picture of the two of us. In two I’m smiling and it’s one of those I’ve framed in my hall. A real fluke. The photo of me on Facebook is from that session. I just cropped out my daughter. Needless to say I’m not smiling in that one.

Magpies: There’re magpies all around here. Rarely do I look out a window and not see one or two. It was a magpie that brought our cockatiel to us. Carrie heard this kerfuffle at the window and there was a dirty great magpie attacking a cockatiel. She opened the window, shooed off the attacker and somehow coaxed Birdie in with a bit of lettuce which amuses me because he’d turn his beak up if you tried to offer him anything like that but I guess he must’ve been starving. I’ve no idea where he came from, if he escaped or if he was ejected but he landed on his feet with us. That was on 7/7/05, the day of the London bombings which means he’s been with us for nine years. They can live for anything up to twenty-five years in captivity and according to his anklet he was born in 1996 which makes him eighteen so I expect he’ll be around for a wee while yet.

*lump in throat
You're brill x