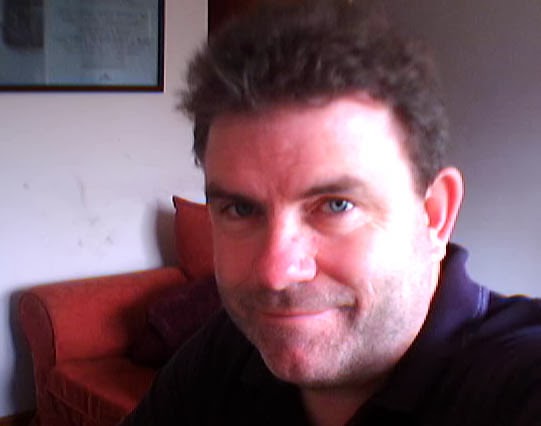 There’s this thing call ‘The Blogging Tour’ where writers with blogs pick up a baton passed by another writer-with-a-blog, write a bit about themselves, and then pass the baton on.

William Gallagher passed the baton to me. You can read his 100 metre sprint if you click here.

I like William, mostly because he’s my friend and is nice to me. Normally I wouldn’t do this kind of thing because I’m the type of creature who only comes down to the waterhole when it’s pitch dark and all the other animals have gone to bed. But, like I said, William is a pal. He’s also a pal who’s a great writer so back up a bit, on this here blogging tour thingie, and go and ‘set a spell’ with him on the porch of his lovely blog over at: http://williamgallagher.com/selfdistract/ . I don't think you'll regret it.

Instead of passing my baton (slightly sweaty) on to three more writers, I’ve only passed it on to two. This is not because I’m a lazy git (oh, no… gathers thoughts), it’s because these two are worth any other three writers around. With a bit of luck, they will do a post like this (though better obv) next Monday and you should go and see what they have to say. In fact, go now and see what they’re saying this week. It’s probably better than the auld shite I'm about to do. 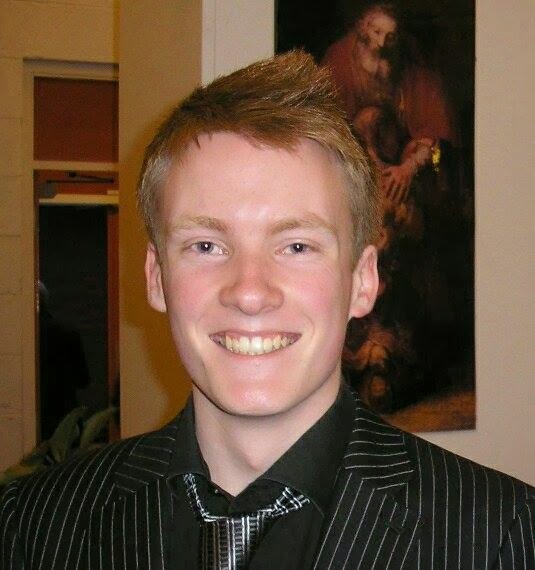 Paul Carroll is a writer from Dublin. He is also a qualified teacher, a part-time bookseller, a director of student Drama, a video blogger, and an uncle.

He has been writing since the age of twelve, with a love of words going back further than he can remember.

When he isn’t reading or writing, he likes to make use of social media, bake, and talk to friends. Often, he’ll watch a horror film alone in the dark for the sheer joy of it.

His blog is here: http://paulcarrollwriter.blogspot.com 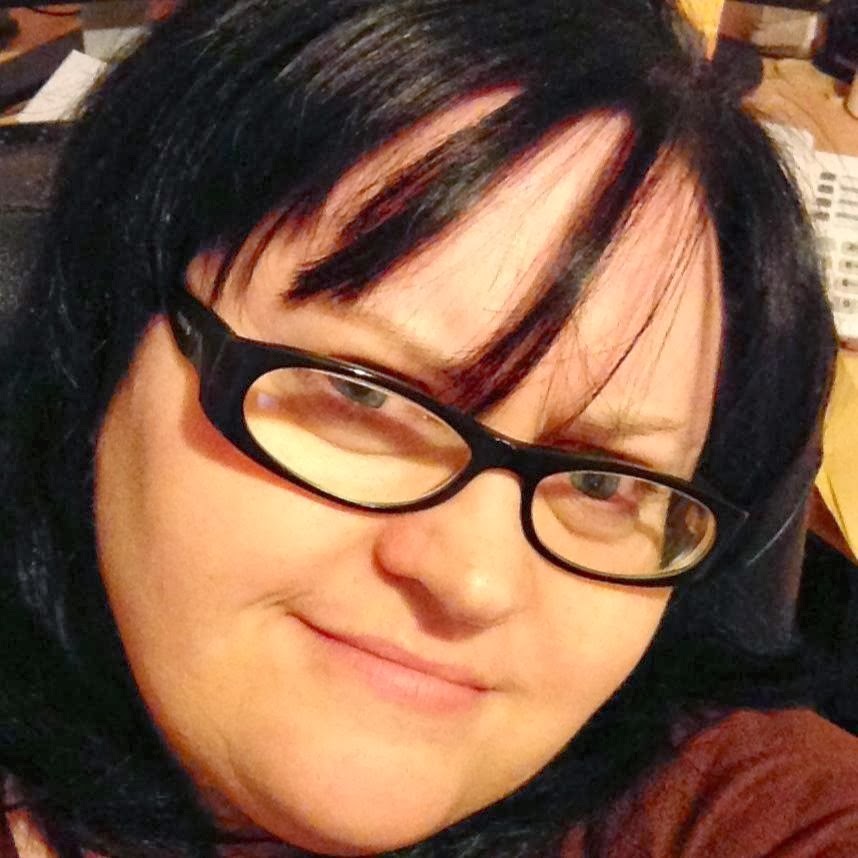 Annmarie Miles is a committed Christian married to Richard. Annmarie's writing, for many years was of the song persuasion. She started blogging in 2007 and says she used it to "think out loud" for a few years. In 2010, after being offered a regular column in VOX Magazine, Annmarie realised that it was time to take writing seriously. After her first piece of fiction was completed there came another... and another, and since then the stories have flowed every day.

In October 2013 her story series 'Lizzy,' which was written as part of a daily blogging challenge, began as a serialisation in The Echo newspaper. Her first collection of short stories ‘The Long and the Short of It’ was published in November 2013.

Her blog is here: http://ficticiousamo.wordpress.com/about/

Two lovely people. Remember to check in and see how they choose to play this game, this day next week.

Now… I have to answer some questions, don’t I? Okay, deep breath, here we go.

A desk. I’m working on a desk. Okay? Next question.

All right, all right. I never talk about what I’m doing so this bit doesn’t come at all easily. Let’s keep it simple and say I'm working on three things. Firstly a new book based on a theatre play of mine. It’s quite enclosed and it all happens over a very short timescale so it’s challenging and I don’t know how it will work out. This is my second attempt at a novel. I thought my first was pretty good and so did a few other people but nobody except me loved it enough to try to make it a marketable thing. I learned a lot from writing it, though, so maybe this next one will be better.

Secondly, there's a radio play which is tentatively called ‘The Comeback’. It is possibly the most audacious thing I have ever written. I always try to write my radio plays as movies and, if this one is a movie, then it’s going to be an 18 Cert exploitation flick which is jam-packed with all sorts of violence and crudity. I’m having a lot of fun writing it.

Lastly, I’m working on ‘The Thing’. I’ve been working on 'The Thing' for two and half years now and, at any given moment, it could either fall apart completely or it could become quite excellent. I can’t tell you what ‘The Thing’ is but I hope it works out and, if it doesn’t, I’ll get over it and move on, just like I always do.

2) How does my work differ from others of its genre?

All I can do is tell you about something that I’ve learned to do that I don’t think everybody else has learned to do yet. Many have but not all. It’s this. With everything I write, I metaphorically prick my finger and squeeze a droplet of my own blood into the writing. For many years I didn’t do this. I just concocted stories and scenarios without any real heart or without any real blood. Now I poke around a bit in my veins and my arteries and I try to find what warms or scares or saddens me personally. Then I inject a bit of that in.

Increasingly, I’ve found that the more honest and searching I am, the more people respond to that. I think I like to give voice to subtle elements of common-ground that most of us share and I know when I succeed because people tell me so.

4) How does my writing process work?

I write late at night, mostly, and on weekends because I make most of my crust doing other things. When I get in the zone, I lose time and I find I can type. When I’m not in the zone, time crawls and I can’t type for nuts. I also need to leave something and come back to it after I think I’ve finished it so that I can see how crap it really is and then work on it some more.

That’s my lot. Thanks to William Gallagher for making my erect this shaky little lemonade stand on the blog tour route. I hope my product doesn’t give you tummy-cramp or make you wee excessively further down the road.

Good answers, Ken. I’m like you—even worse than you—I hate talking about works in progress because as soon as you do expectation comes into the world and it will not go away. Even if you say you’re working on a ‘thing’ it’s only a matter of time before someone asks after your ‘thing’ and you feel such a failure when you have to admit that you gave up on the ‘thing’ about a week after you mentioned you were working on it because simply mentioning that there might possibly, maybe, someday could be a ‘thing’ jinxed the whole thing. So I’m not telling you what I’m working on. (Which is easy because I’m not working on anything. I’m thinking about working on something which is a form of working but that’s as far as I’ve got.)

The genre question is one I really hate. I hate that genres exist. I understand why they exist but don’t ask me to like them. I don’t know if you remember when we were kids but there weren’t all these genres. There were the biggies—Romance, Western, War, Spy, Action, Crime etc.—and that was it but when you walked into a bookshop the General Fiction section absolutely dwarfed all the rest. There wasn’t even Literary Fiction back then. People like Orwell were just novelists, plain and simple. And I do wish we could go back to that.

As for why I write what I do the only real answer there is that I’ve no idea how to do it any other way. I was never trained to write and I’ve tried hard not to let what little I’ve read about technique influence me too much because there’s a naturalness to the way I write and I want to hang onto that. There’s a rather good essay over on Poets.org called ‘Poetry and Ambition’ by Donald Hall where he coins the term ‘McPoetry’:

We write and publish the McPoem—ten billion served—which becomes our contribution to the history of literature as the Model T is our contribution to a history which runs from bare feet past elephant and rickshaw to the vehicles of space. Pull in any time day or night, park by the busload, and the McPoem waits on the steam shelf for us, wrapped and protected, indistinguishable, undistinguished, and reliable—the good old McPoem identical from coast to coast and in all the little towns between, subject to the quality control of the least common denominator. And every year, Ronald McDonald takes the Pulitzer. To produce the McPoem, institutions must enforce patterns, institutions within institutions, all subject to the same glorious dominance of unconscious economic determinism, template and formula of consumerism. The McPoem is the product of the workshops of Hamburger University.

Just the notion of it makes me shudder.

As for how my process works… I really do have no idea. I work in fits and starts. I work when the words come. They mostly come out of the blue. I had no idea I was going to write a novella last year until I got the idea and as soon as I got the idea it was just a matter of getting the words down as quickly as possible. I don’t need to be ‘inspired’ to write but I do need a good idea to start me writing. You can’t exist in a ‘state of inspiration’ for months on end—you can hang onto that state with a poem for maybe an hour which is why I like poems; they’re wee buzzes—but you do need that first good idea to get you going. Trouble is good ideas are hard to come by. Plain ol’ ideas are ten a penny but they bore me after a while, after not a very long while.

I don't know who will read this as many skip the comments section and I completely understand that but just to say, if you do scroll down here that Ken is the friendliest, helpfulest chap and has a great wit, which he put to good use when he assisted me with a script rewrite.

Here's to 'The Thing' being realised.

You're a good "traveling" partner...I love the journeys you take us on.