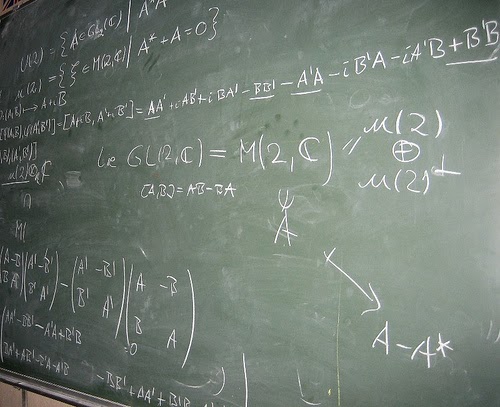 I’m aiming to raise a smile with this post so bear with me if you can.

A couple of weeks ago, I was lucky enough to be at a theatre writing workshop given by Gavin Kostick, 2014 winner of the Irish Times Award for Best New Play. It was really good.

One of the things we looked at was a poem by William Carlos Williams called ‘The Last Words of my English Grandmother’. You can read it by clicking here if you like.

In what is probably a gross over-simplification on my part, William Carlos Williams (among other things) worked to avoid devices like simile and metaphor in his writing, preferring instead to employ a pared down verbal reality with roots in the way people actually spoke.

Having looked at this for a while, we were packed off to evoke a personal memory of our own in as ‘pared down’ a style as we could manage. Most of the group came up with pieces that seemed inspired by the rather elegiac poem we had looked at. As for me, as is often the case when I try to haul up a  memory for the depths, it was a sort-of-a funny one that came along. A little memory from school days that hadn’t surfaced in a long, long time.

So, today, just for fun, here’s my memory, presented in my best William Carlos Williams Tribute-Style.

Sean Mannion and me
looked up from our boards
and caught Mr McDonagh picking his nose
in Technical Drawing Class.

This flustered him such
that he covered his smoking jacket
in a trail of snot
and broke his blackboard compass in two.

(A blackboard compass does not tell you
where blackboard North and South is.
Rather, it describes chalk circles
onto a blackboard
which is actually green
like Mr McDonagh’s jacket.)

“Armstrong, go to Mr. Cosgrove’s class
and borrow his blackboard compass for me.
Be quick and don’t run.”

Mr Cosgrove had a moustache.
He would show you his left fist
- see that? -
then, while you inspected it, he would clout you with his right
but he did it
in a friendly way.

I asked him for his blackboard compass.
“For who?”
“Mr McDonagh, sir.”

Mr McDonagh still stood,
opalescent and circle-less,
in front of his class.

“Well, Armstrong, what did he say?”

Oddly enough although I cite Williams as my next major influence after Larkin I only ever tried to emulate his style once. The poem I had in mind was a most unusual one, ‘The Locust Tree in Flower’. Two versions exist and you can read them both here. At this time I’d only read the second version. I discovered it in an article by Tom Leonard for a magazine I subscribed to called Poetry Information. It is also my first proper attempt at a love poem.

The title refers to the Beatles song. Couples are supposed to have an ‘our song’ and the day I wrote this—or maybe the day before (it was a long time ago)—we were in a Chinese restaurant in what locals (which we were) called ‘the Village’, which formed the nexus around which the new town of East Kilbride was built. Unusually—when was the last time you were in a Chinese restaurant that didn’t play traditional music?—the musical selection for that evening was more Western than normal and one of the tunes was ‘Yesterday’. I—heavy emphasis on the I—decided it should be our tune. It never was.

a hand out of blindness
to touch

a place to be

a need for silence
(but not forced)

I’ve heard that a lot of writers have difficulty finding their own voice. Oddly enough I’ve never really found that. Until very recently when I rewrote ‘Mr. Bleaney’ I’d written one poem in the style of Larkin ‘Death and the Price of Butter’ and that was it. I did write a second poem inspired by ‘The Locust Tree in Flower’ straight after ‘Yesterday’ but that was it. It’s fun to play with someone else’s voice for a while. I used to love the old TV show Face the Music where the host, Joseph Cooper, would play a well-known piece of music in the style of a famous composer—as I recall once week he did ‘Three Blind Mice’ in the style of Rachmaninov. Here’s a link to a video with a couple of examples.

I have only one snot story. I’m not going to tell it though. If I ever get to heaven—Hah!—after I’ve had a word or two with God about how disgusting defecation is probably the next thing I’d want to nip His head about would be snot before moving down the list of the various fluids of varying viscosity our body chooses to secrete from time to time. (Seriously who needs nasal sebum?) When the Bible talks about Man as a “weak and leaky vessel” (2 Cor. 2:9 but Christ knows which translation) this is what I think of. In fact in my novella I incorporate a lengthy moan about it just to get it out of my system.