A Memory of the Evening Train 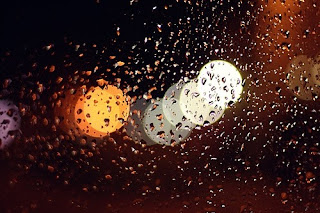 This little memory popped into my head a week or two ago and it made me smile so I thought I would share it with you.

Back in ’84, when I first moved to live in England, I got a job in Bracknell. Every weekday I used to travel in and out of London to work.  After I was there for a while (and I was there for quite a while) they gave me a company car. That was pretty bloody amazing I can tell you but, before that, I commuted in and out every day on the train.

I would grab the Tube down to Richmond then hop on the 8.12 out to Bracknell (Woking, Winnersh, Early and Reading – it’s funny the things you remember, thirty years on…). It was a whole new world for me but I seemed to slip into it fairly effortlessly and enjoy it enormously. We were young and quite flexible then, weren't we?

Anyway, this tiny little memory doesn't relate to the morning train to Bracknell, which was usually a foggy-brained exercise in time-and-space travel. Rather, it takes me back to the journey back home in the evening.

We finished work at 5.30 and there was a train to Richmond at 5.46 so catching this required a timely exit from the office and a fairly-curt march through the concrete vagaries of Bracknell Town Centre.

There was a small cohort of us who rushed for that train every weekday evening and we generally claimed one of those old-fashioned compartments which had their own door and a long couch of seating, the whole train wide, on either side. There was enough of us to retain one of these compartments all for ourselves and that was nice.

One of the people who got the evening train with me was Brian. Let’s call him Brian anyway, for anonymity (it’s actually his real name). This little memory, which I promise I am just getting to, concerns him.

Brian was a young man from Wales. Port Talbot if I recall correctly. He was a 'Man’s Man'. He enjoyed his sport and his pints and he seemed particularly fond of girls and all things related to them. Just your average early-twenty-year-old guy then and that’s really the point I’m trying to make. Brian was great and smart and all but he didn’t seem like a man particularly given to deep thought and philosophical considerations. Everything he did in his average working day seemed to bear this impression out.

What I’m trying to say, as politely as possible, is that he wasn't 'Deep'.

Except on the train.

On that evening train back to Richmond, Brian seemed to transform from a full-of-life Jack-The-Lad to an introspective, introverted, virtual shell-of-a-man. He invariably chose a window seat and then he just sat there, staring out into the winter darkness, silent and serious, as if contemplating the full depths of the human condition.  I would sometimes watch him for a while, in between all the comradely banter, and wonder what was going on in his head at these times.

One Friday evening, Brian and I made it to the 5.46 train but nobody else did so it was just me and him in the isolated compartment. I thought he would be more chatty and outgoing, it being Friday evening and it being just the two of us in the little enclosure but no. As soon as the train rolled out of the station, Brian leaned himself in towards the glass pane and every fibre of his being directed itself out of the window and into the gloom.

I tried to read my book but the conundrum was preying on me large now. Why did such an open outgoing lad turn into this brooding husk whenever he boarded the evening train?

After the journey was about half-way complete, I could bear it no more. I had to ask him.

Brian snapped out of his daze and gazed over at me, bleary-eyed,” Eh? What?”

“Brian. Sorry to bother you I just can’t help wondering…”

“… when you look out of that window every evening, what do you see?”

Brian looked more serious that I had ever seen him look before. He leaned over to me. “It’s the most amazing thing,” he whispered, “there’s all these windows going by out there, you know, in the dark…”

“… and there’s so many people in them with fuck-all on.”

I'm a veteran if that line too. My uncle lived in Ascot and I'd go to London and back on the train. Bracknell was odd - grim but prosperous. The exact opposite of The North were I lived when I was a teenager.

If there’s a way for people to let your down they will. I’m sorry to say despite having spent many years staring from trains and the tops of buses into other people’s homes that I can’t recall of anyone wandering around without clothes on. In fact I’ve only even seen two women—well, girls really—topless from my flat and I think the best way to describe how I felt about that was ‘intrigued’. Perhaps had I been thirteen at the time I might’ve mustered up ‘excited’ but, no, ‘intrigued’ was the best I could come up with. I do like looking in other people’s windows. It’s the writer in me. I’m hoping to glimpse a few seconds of raw honesty so I prefer if they’re on their own because as soon as there’s another person in the room then I know they’re acting because we can’t help it. But, seriously, I could sit and watch someone siting watching TV or reading a book for a long time before I’d get bored. It’s the expectation thing. It’s not what they’re doing; it’s what they might do. They might get up and spontaneously dance or something. The last interesting thing I saw in a window happened about a week ago. In one of the flats opposite there’s a family with two teenage daughters. They could be anything from thirteen to eighteen; I cannot tell … seriously. The postman arrived, tried to gain access by pressing the buzzer, couldn’t and so went on his merry way. As he crossed the street to get to the flat one of the girls appeared at the window and tried to attract his attention which kept me thoroughly entertained for maybe a minute and a half. If she was that desperate to see what the Royal Mail had for her why didn’t she run out—they live on the ground floor and she looked like she was dressed—and approach him? Why stand there waving like an idiot?