Jack and Tom have Gone 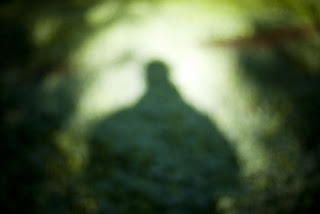 The butcher’s shop is sad. So is the solicitor’s office and the charity shop and the auctioneer’s and all the restaurants and the public houses… and me. I’m sad too.

Jack and Tom have gone and now all the people on our street are so terribly sad.

Jack and Tom lived on the street where we all work. There has never been two quieter, gentler, elusively-glimpsed men in all the long history of our town.

They were torn from our streetscape in the middle of last week, swept away by a blinding avalanche of violent force which they neither sought nor deserved. Now isn't the time for me to dwell, in writing at least, on that. The facts will come out over time. For now the only thing to know for sure is that Jack and Tom have gone and we won’t ever see them around our street again.

Jack and Tom were elderly brothers who lived in a small house with a front door that opened straight out onto the street. They were silent, simple people. They didn't really interact much at all but they seemed to gain diversion from keeping a weather eye on their immediate surroundings; seeing who was coming and going up and down the street, checking what was happening behind the shop doors, buying chips for themselves and drinking tea. Mostly, though, just keeping themselves to themselves. Existing very quietly. Being allowed to do their own thing while being subtly looked after by those closest to them.

They were simple men but not in any derogatory sense of that word. It is the fate of some of us to be – or to become - simple people and that fate may come to any of us at any time, be it through old age, infirmity, injury, or birth. Our world needs the simple folk as much, if not more, than it needs the complicated ones.

Tom rarely seemed to move further than within a small radius of his front door. He would sometimes peer quietly in the windows of the restaurants which adjoined his little house, occasionally startling the diners a little. Jack’s travels took him much further up and down the town and it is he who was the most visible of the two. Jack had a mannerism which involved silently ‘praying’ at many of the doors and shop fronts of the town. His unobtrusive ‘devotions’ would often extend to a post box or a signpost or even to a car hurriedly parked on the street, sometimes to the bemusement of the driver within.

He’s gone now. The drivers won’t be consterned any more.

Jack and Tom have gone but one thing I can say with some certainly is that they will not be forgotten. They will be long-remembered and not, primarily, for the awful way in which they went away. I believe that they will be remembered for themselves.

So it will be with Jack and Tom, wait and see. When we, the dressed-up, running-around, smart, worried, scared people, are long gone and largely forgotten, Jack and Tom will still be thought-of and remembered and smiled about with warmth and affection.

I think, in our hearts, we can’t help but feel that the simple person may know and see so very much more than we do. With the coloured fabrics and the tinted glass screens of the world drawn aside, perhaps the truth of life sits clearer in their eyes than it ever does in ours. Perhaps this is just romantic fancy but who are we to know? Who are we to know anything for sure in this swirling dangerous world we move through together.

Jack and Tom are gone, yes, but we will remember them and keep their memories safe, I believe that.

And for those lucky ones who may believe more than that. For those who may believe that there may be some other place beyond this one, some better place. Well, for you, if devotion and quiet prayer are required to gain access to that place then you may be comforted. Jack will surely have done enough, on the streets of our own little town, to gain his brother and himself immediate and unquestioning entrance to that place.

A place, you can hope, where the chips are freshly cooked, the mugs of tea are always hot and sweet, and the shopfront doors are forever open and welcoming.

My friend, and wonderful photographer, Alison Laredo, has also posted about Tom and Jack. You can read her post here.

I think every community has a character or two like this. There was a mental institution down the road from our school and one of the patients (who exists as an old man in my head although he was probably no older than you or I) would stop by the school gates and allow himself to be abused by the less-sensitive kids and then one day I realised it had been ages since I’d seen him. Maybe he died. And then there was the old fellow who used to sit on his wall by my flat and say good morning to all the people heading off to work. Again, one day I realised he wasn’t there and wondered how long it had been since I’d seen him. In Glasgow there are two brothers, identical twins as it happens, who travel regularly on the buses that go along the Expressway. When First Buses recently renumbered all their buses they did a feature on the two. They’re both in their sixties. We see more than we think we do. These people—these seemingly simple people—are like the extras on a film set. We think they’re not important but when they’re not there we sense all is not right with the world.

Ken, that's beautiful. Such a terrible crime but I'm sure that your lovely words will provide some comfort to his loved ones and to those of us who did not know Jack and Tom.

The Times have changed,and not for the better,these two chaps sounded old school and my condolences to all who New them ,a nice tribute Mr A

I thought this was one of your stories to begin with... but no, it's in the news. Sadness.
x

What a sad situation. Heartbreaking to think that the very sweetest and most harmless of people are targeted in such a way.

as you say Ken they will never be forgotten. Characters such as these are the lifeblood of any community and I am sure we are all thinking of similar folk from our own towns as children; some scarey, some friendly, but all going about their own business and enriching the quality of our area. RIP dear souls, at least you are together and one was not left behind, to live a life of confusion and bitter sadness.

What an awful thing to happen. I hope you're right and they're remembered for the way they lived not the way they died.

May the memories of who these gentlemen were, and the example they offered of not racing for more in life, live on. Nicely done, my friend.

A lovely commentary on two quiet lives disturbed by brutality. The busy whirling of life can conceals the fact that everyone matters.