The Posts I Never Write 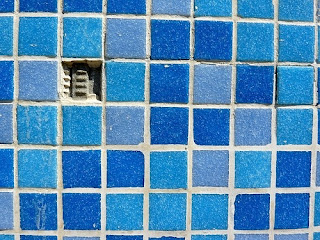 When I look back over the 430 posts I have written here to date, I can actually feel quite happy about them. Well, some of them anyway. As I’ve said elsewhere, if someone were to go looking for ‘me’ in about a hundred years time, they will find the most about ‘me’ here. In among all the myriad inane natterings and trivialities, I have somehow managed to subconsciously distil quite a bit of what it is to be ‘me’.

All well and good (and a wee bit self-satisfied, perhaps, sorry about that) but it does leave a bit of housekeeping to be done and I might as well get it done right now, if it’s all the same to you.

So this post is mostly for the ‘hundred years later’ guy (or gal). The person who is looking into me in the future for some silly as-yet unknown-reason.

Firstly, hello. Sorry I’m not around in person to answer your questions. I died, you see, quite some time ago. It was all a little bit sad but also not entirely unexpected. These things do rather tend to happen, don’t they?

Secondly, thanks for seeking out all the ancient technology to make these old posts readable again. Did you have to go to a car boot sale to get the kit? Although it’s probably a jet-cat-boot sale by now, isn't it? Whatever, thanks and welcome, I hope you find something to divert and perhaps enlighten you here in these pages. As I’ve said from time-to-time, there’s a lot of ‘me’ in here. It’s better than the old photographs and (God forbid) the videos you might have found (sorry about that 1987 one, I was young and foolish).

You might be forgiven for thinking that it is. Over the years, I seemed to have learned how to open up a bit in my writing and set things down with a fair amount of honesty, even when that has stung a bit. That’s the best thing I've learned in writing, I reckon, how to inject that little drop of blood from yourself that gives the thing a touch of potency and truth.

One side effect of this drip feed of honesty is that an illusion of completeness is created. “This guy is ‘telling-it-like-it-is’ for him so therefore he must be telling it all.”

I just want to clear that one up for you, the hundred years later guy (or gal). There’s some useful stuff here but it isn’t all here. Not by a long shot.

I wish it was. That’s one of the aims, the agendas of this non stop blogging routine. To create a sort of a 'mosaic' where each little tile/post contains some modicum of truth so that, when you step back (or rather forward) a hundred years, a picture might emerge. That’s part of the idea.

Alas there are the posts I can never write and those posts will always be the crucial gap in any mosaic that might be created. The centre of the eye, perhaps, or the tip of the nose although, unlike a real mosaic, the viewer won’t know they are missing.

What posts are these? These ones I cannot write? Sorry but I can’t really tell you that because that would be akin to writing them, wouldn’t it?

They are nothing earth-shattering, by-and-large, they are just posts that might have implications for people other than myself. Some of the stories I might tell could involve others as well as myself and it’s not for me to wash their slightly off-whites in public. I think that’s only fair.

There are also posts which might contain some truths about life as I have seen it. In my damn-near-near fifty years on the surface of this mid-sized planet, many of the larger facts of life have been revealed to me first hand. There has been birth and there has been death and also pretty-much everything in between. But, when I try to write as dispassionately as I can about some of these greater things, I find that the result is too harsh to see the light of day. Some self-censor makes me stop and give up.

As Bob Dylan once sang, “maybe I’m too sensitive or else I’m getting soft.”

So that’s it, dear hundred year person, a small note for you to take on board. I’m here… but I’m not all here.

Perhaps, a little later on, when I’m even older and even more grizzled, I might be less concerned with holding my own counsel and a little more concerned with posterity, completion, and truth. Perhaps, when I am looking down the barrel of Sixty rather than a mere Fifty years of age, I will feel able to fill in some of those missing tiles on my mosaic.

Boy, the shit will hit the fan then.

I think we all feel this, Ken. How much do we want to share but—more importantly I think—how much are we capable of sharing with any degree of accuracy? There’s a lot I don’t talk about. I imagine that’s the stuff that’ll end up in my books but somehow it doesn’t. I’ve just written a novella. It’s an odd-looking thing because it’s entirely in dialogue but it’s not a play. It could get away with being a radio play but on the stage, well, it’s just two blokes sitting across a desk from one another talking about life and death. It’s called Exit Interview and that’s exactly what it is. A guy has decided to exit from this life early and ends up sitting across from St Peter who’s wondering why. It’s a joke. A very slow joke and not that funny much of the time but it was interesting trying to answer the questions. Of course the answers are half-me and half-made-up but only I know which bits are the fiction and which aren’t. It’s the safest way to write stuff like this, to take the truth and give it a bit of a twist. In the book the guy talks about his father taking him to see the local football team whereas my father and I never did anything like that. We never even went for a pint together, not once. Of course when Carrie read it she saw the things that needed fixed. There were times when I slipped out of character and it was just me talking and we can’t have that. Easy fixes.

And I find the blogs are like that too. The Jim Murdoch who writes the blogs isn’t me. He’s a work of fiction. The guy who’s commenting now is more like me but even he’s a bit on the reserved site. It’s necessary. But even before all this online malarkey I still edited what I wrote in case someone I didn’t want to read it got their hand on it. I have an autobiography that I wrote when I was about fourteen and it is so sanitised. I must read it one of these days just to see how much of a lie I’ve made of my life. They say history is written by the victors. I know what they mean when they say that but histories are also written by the survivors; I doubt either accounts are especially accurate.

I don’t talk much about my childhood and I’ve always imaged that Carrie and my daughter see it as darker than it really was, something I wanted to forget. On Saturday my daughter came over to do birthdays and we finally listened to the old reel-to-reel recordings of when I was four and seven (and a short recording from when I was thirteen practicing my French) and I think both of them were surprised by the family atmosphere. They were incredibly honest recordings. My dad had just switched the tape on and whatever happened was what ended up on the tape. Mum and Dad sang to the babies, talked about the vacuum cleaner not working, searched for a missing package, made tea, read comics to the kids and moaned about everything. It was a normal family full of noise and kids fighting and vying for attention. I don’t talk about it because I never think much about it. It wasn’t horrible but it is over.

I have a picture in my head of what you’re like. You’ll have one of me. They’re both probably wrong. But that’s fine. Even if we met they’d still probably be wrong, just not as wrong. I’ve long ago stopped obsessing about truth. I’m content with the gist-of-Ken that I have in my head; it does me just fine.

In any event, we'll continue to grow old disgracefully. :)

You and my Dad share the same birthday...he and your Da are probably keeping each other company now.

So best wishes for a great year to the only other "good guy" I know who celebrates a July 4th birthday!