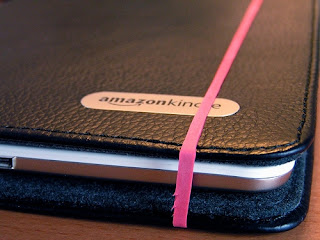 I think a person who might read my blog from time to time would pick up stuff about me here. There’s quite a lot of me buried in the hundreds of posts, mostly in the corners.

Maybe I’m wrong, maybe this stress thing, which is such a feature of my life, permeates the posts in a way that I can’t even see. Maybe that. I don’t think so though. My tendency towards stress in my own ‘inside-thing’ and I don’t tend to shout about it very much.

Hopefully it goes without saying that I know I’m not alone. We all get stressed. Many people get stressed a whole lot more and a whole lot worse than me. I know that. It’s just that this is my stress and that’s all I can scribble about with any conviction.

I’m only scribbling about it now because I’m coming off the back of a seriously stressed-out period. No, you don’t need to know the details. I've raised the barometer about as far as it should go in this last week and now I’m tumbling back down towards relative-normality again. It’s a time to reflect. A time to look around. A time to try to get some bloody sleep.

Gosh, I’ve made it sound like a big thing now. I’ve made you reckon that this is one of those pieces of writing where you’ll need a flamin’ help line number at the end of it. It’s not like that, it’s not a big deal. Well it is, actually. When I’m in the middle of a stressed-out shit-storm right here in my head, it’s the biggest and the only game in town. Nothing else matters.

When I was younger, I surfed whatever stress I generated within myself like a… great big surfing person. But I’m getting older now (rapidly) and episodes of enormously-high stress now seem like nothing other than a complete pain in the arse. I  am over stress, completely and utterly. It’s just a shame that it does not seem to be quite over me.

It doesn't happen all that often any more. Every now and again, something will open the door to stress in my head and off we will go. I recognise it straight away and try to I shut it down, logically and calmly. Sometimes that works but not always. A foot has been wedged in a door and logic and calm will not always close it up again. A chain reaction will now occur and then food and sleep and all other such minor considerations will go out the window for a period of time.

I know some people who suffer with bouts of stress see them develop into full blown panic attacks. I’ve thankfully never had one of those. I have my defences; breathing, exercise, I even have a little mantra I repeat to myself. No, you don’t need to know what that is either. Those things help me to kick a gap in the long line of tumbling dominoes in my mind.  I’ve never had the full blown tsunami of a panic attack but, heaven knows, I’ve felt the waves rippling at my knees often enough.

It’s over now, for this week at least, and I obviously know that I didn’t have to do it at all. It served nothing. It was silly. But knowing that I don’t have to do it and fully realising that it is stupid does not send it away. Actually stress tends to cackle maniacally at shit like that, particularly around 3.15 in the morning.

And when it finally goes… it would be a cliché to say that it is a relief. It is a relief but not an easy, straightforward one. Stress can have me bouncing, mentally, six foot about the ground. When it goes, the overwhelming feeling I get is one of being grounded. I feel a bit like Bruce Willis in Die Hard, in the corporate bathroom, making fists with his toes. Every stone on my path, every weave of my carpet seems more precious and real. I’m back on the ground again. Grounded. It’s a word that has happy connotations but some sadder ones too.

I fear that stress may, quite literally, be the death of me someday. My family history is not all that wonderful when it comes to matters of the physical heart and you really have to be inside my head to fully appreciate how very uncomfortable my own version of stress can get when it approaches its zenith.

I’ll continue to try to be good. I’ll always aim to be sensible and not to get too wound up. But if you hear someday that I’ve completely blown my main gasket, in the middle of some super-high-pressure thing, then maybe come back here and acknowledge that, at the very least, I saw it coming.

Sometimes I'm convinced our lives run parallel. I guess it's like you say, we all get stressed. I sometimes get stress levels that deny me sleep, even make me fearful of sleep, that it might be the last.

I try and eat well, cut down the caffeine etc. I've even started... Erm.. Doing a bit of the ol' yoga (really embarrassing to admit) and it does help but still, you have those days don't you? When it all gets on top of you and there's no time to do the things that help chill you out.

Glad you're back to good health, Ken.

Hi Marc I've thought about Yoga, never tried it though. Good to hear you've had some success with it. Mind yourself mate. :)

If there are three words that get mixed up more than most others it’s probably ‘tension’, ‘anxiety’ and ‘stress’. I think part of the problem is that there’s an awful lot of overlap between the three and it’s possible to experience all three at once. I’m like you, things affect me; I can’t shrug off anything. I don’t mind feeling stressed when I’ve a reason—waiting to start an exam or something—but what I hate is what I suffer from most of the times these days, an unfocused panicky feeling usually coupled with some level of confusion. I really don’t like it. I don’t like it because I’m supposed to be better only I’m not better or at least this looks like the best I’m going to be for the foreseeable future so I may as well get used to it. I didn’t mind the depression. I was used to the depression. I’d got a handle on it. Like the asthma. It was just part of who I was; avoid marathons and you’ll be all right, son. But the anxiety—and the stress and the tension that came along with it—was something I really wasn’t used to. Yeah, sure, everyone gets a bit wound up now and again—that’s normal—but what I hated about the anxiety attacks at the start was the fact there was usually no decent reason for them. The rational side of me knew I was being irrational but couldn’t stop myself. The tag line for the new film AE: After Earth is “danger is real, fear is a choice” and up to a point that’s true. I feel much the same about tension, anxiety and stress: they’re not exactly helpful. At least fear can be helpful—you get the hell away from danger as fast as your wee legs’ll carry you—but what good does stress do? The same with worry. And yet we insist of getting all wound up and fretting and it changes nothing; if anything getting stressed and worried is more likely to make matters worse because we’re not focused on the problem (assuming we actually can do something to affect the outcome).

That's a superbly coherent reply, Jim. I identify with all of that, I reckon.

A very fine young man died a few weeks ago over here. One of things he said (possibly a quote) was that worry is like a rocking horse - you go back and forth, back and forth and you never get any place.