Liked This, Liked That… 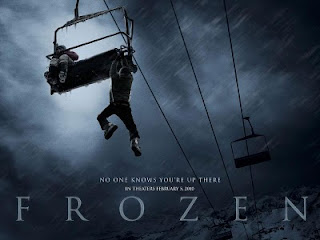 This week, I’m simply imagining that I am sitting in the pub with someone, just  nattering about stuff  -movies, books, telly programmes - that I’ve enjoyed over the last little while.
It’s not something I do much anymore but it’s always nice, isn’t it?  To try to instill your enthusiasm for something you like into somebody else, particularly if they’re completely trashed.

So pull up a stool, what are you having?

For a long time now, I’d been longing for a TV programme to hook me in.  Since Sopranos, West Wing, etc passed on, I’ve been a bit adrift, searching for something that I would enjoy coming back to every week.

‘Downton Abbey’ surprised me by doing just that.  I never thought it would be my kind of thing but, every week, I was back, settled on the couch, waiting eagerly for it to start.  It was lovely to look at and (although I know nothing about it) it seemed well-informed on its subject matter.  Plus it did something unexpected - which is always a good thing – it portrayed the relationships between the upstairs folk and the downstairs folk as being so much more personable and human that I would ever have imagined.  I was sad when it ended, I look forward to more of it next year.

After it ended, I even mourned its passing with a wee ditty, you’ll guess the tune.

On the polar opposite, I also got myself into ‘The Walking Dead’ on FX on the back of some positive advance word from Stateside.  It’s comic book Zombies stuff and I’m sticking with that too.  The acting is sometimes a wee bit wooden (and I don’t just mean the zombies) but the production looks great and the gore and mayhem are done in a rather no-holds-barred way which I really like.  The ‘Downton Abbey’ following may not all find a totally comfortable home here.

Movies?  Just last night, I watched a little movie called ‘Frozen’ which I really liked.  Thanks to the wonderful Sarah Pinborough for mentioning it.  It’s a nervy American film about three young people who get stuck up a mountain in a chair lift.  My son and I found that it built to some fine tense moments and was an entertaining 88 minutes.  Perhaps not for the faint-hearted.

Reading wise, I spent quite a bit of time with  a novel called ‘The Passage’ by Justin Cronin.  This is a huge book, an end-of-the-world, vampire saga (yes I seem to be wrapped in horror related things at the moment).  I liked this a lot but with a couple of reservations.  I can’t give anything away but there is a plot point in the book which seriously disrupted my reading of it – having settled into the setting and pace of the book, the gears were crunched-down deliberately and hard and I, for one, found it unsettling.  The end, too, lost me a little bit but generally it was a big book which I rushed home to read and that’s a good thing.

I’ve been re-reading some original Sherlock Holmes too.  It’s ages since I have been near any – perhaps not since I was a teen.  They’re really great, very readable and involving.  Give ‘em a go.

I also read ‘Let The Right One In’.  Having fallen in love with the film (blogged about it here), listened to the soundtrack, got the tee-shirt (kidding) I thought I should read the book which started it all off.  It’s a good book but it’s also a prime example of a film improving on a book, in my opinion.  Now the American version is in cinemas… I hear good things about ‘Let Me In’, it’s got a good pedigree… but I think I’ll stick with the original for now.

How about you?  What are you enjoying this last month or so?
Oh, before you start... I believe it’s your round?
Posted by Ken Armstrong at 19:53:00

Even though I don't drink, I'd certainly buy one for you. :)

Interesting list. Not a Zombie fan but the movies sound interesting.

I thought of you recently when I finished reading Stephen King's "Under the Dome". It says he started it, then put it away until later. Which may be why, to me, it read like every other book he's ever written. I knew who wouldn't make, who would and that there would not be a "reason" that I'd find, for lack of a better word, reasonable.

Oh it was an okay read, even if it did seem to weigh several pounds. I'm so behind on books I'm reading Dan Brown's "The Lost Symbol" right now.

Hope your week in Ireland improves...listening to the news on the way home it seems you could use some sympathy. :)

I managed to write an eight minute speech in 48 hours - from choosing the topic to creating 8 powerpoint slides. My original topic fell through, so I went with talking about the serious side of Science Fiotion. Are you going to down that last inch of ale?

We missed 'Six Feet Under' on TV so have been enjoying the first season of that on DVD.
Oh and of course there's Strictly Come Dancing...
Reading Shakespeare's sonnets (new edition with commentary by poet Don Paterson). Does that make up for the dancing show..? Not that we care...
x

I have the whole series of Downton Abbey saved since Carrie and I are always playing catch up. I’m also saving The Walking Dead because I’ve heard good things about it. It was discussed on The Review Show last week and, much to my surprise considering what a hoity-toity lot they usually are, the series got a thumbs-up from everyone.

Carrie and I are just coming to the end of the last season of Saving Grace. It’s losing steam and I can see why this was the last season but it’s been an enjoyable ride and Holly Hunter acts her socks off (often literally) in every scene. The premise of hokey – a police detective who gets her own guardian angel – but don’t let that put you off, besides Earl, her angel, is wonderful.

We’re about halfway through Gravity. The series "follows the sometimes comic, sometimes tragic exploits of a group from an eccentric out-patient program of suicide survivors" which I’d recommend. It’s taken the place of Hung and is of a very similar type of humour. That one is about a struggling suburban Detroit high school basketball coach who resorts to male prostitution and manages to acquire two (very different) female pimps along the way. Not one to watch when the kids are around.

Film-wise I can’t think of anything much we’ve watched recently that has really jumped out. Like you I loved Let the Right One In and, much to her surprise (since she’s not overly enamoured by vampire fiction) did my wife. I’d probably watch the remake but even the director says if you’ve see the original why would you want to? I saw Inception - nothing wrong with it and it kept me glued to my seat but it didn’t really excite me and there’s nothing coming up that I’m desperate to see. Perhaps Monsters which looks like it might be something along the line of District 9.

As for reading, I’m still slogging my way through that book of modern ghost stories only it’s not really. Not quite sure how I’m going to describe it or even what I’m going to say about it. The next thing on my list, however, is Notes from the Underground which I’ve never read before. And it’s short too! We like short.

Oh, and I'll have a half. (Now what TV sitcom did that catch phrase come from?)

I rarely watch TV, but I never missed an episode of Downton Abbey. :-)

I've read a fair bit since I've been working from home...

I really enjoyed The Lair of the White Worm, a classic gothic horror by Bram Stoker.

The Inheritors by William Golding is not too bad and follows a tribe of Neanderthals.

I've struggled on a couple of books recently... I can't really get into For Whom the Bell Tolls by Ernest Hemingway or Titus Groan by Mervyn Peake. I wonder if it's worth persevering?

I think we have different tastes. I'm not much for the political dramas. I've been watching Being Human and of course, Doctor Who. Both from the UK, somewhere. There isn't much Canadian TV that isn't mostly US TV. We get the odd one like Corner Gas and Being Erica. They tend to shuffle them around so that you give up trying to find them after awhile and then they get cancelled.

If I'm in Ireland I want an Irish Coffee.