View From The Grassroots 2 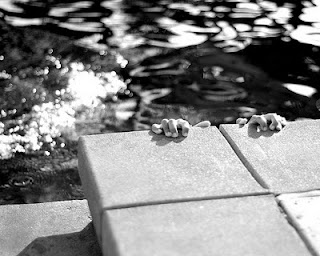 I was saying to myself, “You can’t write a post like this, you did that two weeks ago.”
After saying that, two things occurred to me.

Firstly, it was actually five weeks ago since I last wrote on this subject (that’s scary) and secondly, there’s so much talk and attention on it, it seems almost churlish to write about anything else.

I live in Ireland and, boy, have we made International News this past few weeks?  Well, yes, yes, we have.  If I understand the situation correctly, and I probably don't, our national banks became bigger than our country could provide backup for and, then, when big trouble finally hit the banks on a very bad day two years ago, our country guaranteed all of the banks losses thus putting the burden on us, the tax payers of Ireland.  The banks have run up more debt that we can currently afford to cover so we are about to be loaned a huge amount of money by Europe and the IMF to keep us afloat.  It’s something of a nightmare scenario and, as my son might say, I may not have told it exactly right.
Having read many international news stories over the past weeks, I have some feeling about how this looks to the world as it peers in upon our plight.  In return, I just wanted to try to give a taste of how it feels to the Average Joe here in Ireland, looking out.

(I’m in danger here of imposing my own feelings on that of the whole country but, if you take me with the customary pinch of salt, we’ll probably be okay.)
If there was one word to describe how we are as a people at the moment, I would say it is ‘Bemused’.
People haven’t been here, at this place, before and they are not being given any indication of where it will all end up.  Will we literally have no money?  Will we starve?  Is it the end of our lives as we have known them?  These may seem like silly questions in the cold light of day and in another country but, like I said, we haven’t been here before and, while we may not actually starve, nobody is reassuring us that we won’t.

We are firmly in uncharted waters.

More accurately, perhaps, we are like a bad swimmer in a pool who is asked by his instructor (who is safely at the side) to wade a little further into the deep end with every passing moment.  We do it, because we are asked to but the water is getting up over our mouths now and we don’t know when we’ll be allowed to stop.  The Instructor wouldn’t let us drown, surely?  He wouldn’t ask us to keep wading until there was no ground left beneath our feet, no air left to breathe?  Surely not?  But there’s something good on the telly in the swimming pool and the Instructor seems quite interested in that.  Perhaps he won’t notice what he’s done to us until it’s too late?

There is a perception in other places that we threw some kind of ten year party here, that everyone did everything to absolute excess and now we are about to pay the righteous price for this debauchery.  The trouble is, there wasn’t any debauchery – not for the Average Joe at grassroots level.  The Average Joe got a little more Unemployment Benefit or paid a little less tax or had a few quid more in the old age pension, nothing wild or outlandish, just a little more.

In those last ten years, The Average Joe worked harder than before and was bemused to see other people doing exceptionally well while only apparently working just as hard as he was.  They were the ‘Brave Ones’ who took out second mortgages, and more, in order to ride the expanding property boom, to make their fortunes in a brave new world where big prices never went back down…  When it burst - as it had to eventually, those brave Ordinary Joes were the ones left at the sharp end of the nightmare.  Their depleted employment, their empty unwanted properties and their debt that that will never go away.

And the incessant news reporting makes half-arsed experts of us all.  We are like a guy who knows nothing about soccer trying to talk soccer with his mates.  We have the key phrases and we throw them in to conversations and we really don’t know what the hell we are talking about.  We see now that the people who should have known didn’t know either and that is a stark and worrying revelation.

So here we are, in our little country, bemused.  At least, that’s what I reckon we are.  We go to work each day (those lucky enough to have some) and we greet each other on the street and we cheerfully tell each other that we are ‘Fucked’ as we pretty much always have done.

It feels a bit as if there is a war looming, a dark cloud descending over our little isle, and we don’t know when it will blow over, or if it will ever blow over, how how dark it will be.

In many ways, we have been blessed down through the years.  We haven’t known famine for centuries, the weather is mostly gentle and kind to us… are we really now heading into something worse than we can possible comprehend?

If not, would somebody please tell us so?

Beautiful post, Ken. I find it refreshing to hear the point of view from Ordinary Joe.

Thanks, Lozzie, I reckon we'll be okay but I wanted to give a little voice to the underlying fear.

Oh how I can relate!

America is usually viewed and judged by the world, not for the hard working Average American Joes and Joettes, but by the stupid doings of the government. As I usually tell people ranting against America, "It's not me you hate, it's our politicians. And I'm not too fond of them either."

My theory is that because We the Ordinary have common sense, we'll win out in the end. Sure, it's a long road but politicians throw hissy fits, thus tiring easily. So my friend, you're not alone.

Wishing you all the best until common sense comes back in fashion. :)

I'm pretty far from being an expert but I doubt the Average Joe would notice much different. The stores will still keep stocking their shelves to sell stuff. The Average Joes will keep buying what they need. The difference may show up as businesses have to pay higher taxes and then individuals too. Changes might be kind of slow to catch up but even then people just keep on living.

What has been annoying me recently is how much the current coalition Liberal/Conservative government takes every opportunity to slag off the Labour party as if the banking crisis in the UK was all their fault. If they had been in power at the time we would have had the same crisis I have no doubt. I know nothing about banking or politics but I do know that no matter which party was in power in the various affected countries throughout the world be they right-wing or left-wing they all find themselves in it up to their necks and some are over their heads. I’m not saying it’s no one’s fault. I’m saying it’s everyone’s fault. In the UK for instance if we had a look at how those bankers who were in charge at the time voted they were probably all Tories. But it’s so much easier to blame the guys who were in charge of the country.

I’ve lived through at least two other recessions. They’re nothing new. Perhaps not on such a global scale but they come and go. The people who tend to be hit hardest are those who were already living either beyond their means or at the very limit. Luckily Carrie and I are careful with our money and so we’re not panicking. Not yet.

Hi Laura, I like your comment, people will indeed just keep on living, it's what I wanted to hear.

Jim: I've lived through three fine recessions now myself and each has kicked me neatly in the face. Looking back, though, none of them succeeded in making me unhappy. There's more at stake this time, with the kids and all, but, hey, we'll muddle through, eh?