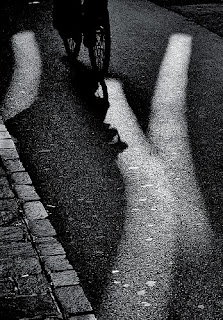 Every Saturday evening, my Twitter feed explodes with comments about the main Saturday evening television fare.  It kicks off with ‘Strictly Come Dancing’ then moves rapidly (and most vociferously) into ‘The X Factor’ and, these evenings, it finishes off with ‘I’m a Celebrity Get Me Out of Here’.

There are loads of people pouring disdain on the shows, there are very few people proclaiming their love for them but there is a vast majority of people who are ‘consuming’ them – watching them – and being entertained by them.

My own relationship with each of these shows is quite fractured.  I often watch bits and pieces of them.  I don’t think I’ve ever seen a complete episode of any of them.  Still, though, I know them fairly well.  I would guess my relationship is the same as many many other people who tune in.

Reading back over things I have written about X Factor in the past, here and here for example, I can see that I have a sort of love/hate thing going with it… except that I don’t love it at all.  In previous posts, I have been angered and disappointed with the way ‘X-Factor’, in particular, has played its game.

Today, I feel the need to stick up for it a little bit.

My defence of such programming is pretty basic.  It’s this:

I think we need something to mark our weekends.

Times are tough, there isn’t a lot of ‘going out’ and ‘living it up’ for a lot of people these days.  Also the working week can be a grind – a tougher grind that it was in previous years - and for much less reward too.

Programmes like Strictly and X Factor look a little different to weeknight programmes.  They are lit differently and they sound a little different too.  When they come on, we can subconsciously say to ourselves “Hey, it’s the weekend, relax a bit.”  And, even if we don’t watch them, or even if we just throw a casual eye over them or, oddly enough, even if we absolutely hate them, they still can remind us that it’s the weekend.

We used to get this from heading out to the cinema, or the pub, meeting friends, having a bite to eat.  But, for many of us, the world has closed in a little bit, hasn’t it?  We still go out, live it up, but not as often.  We are older, we have kids and responsibilities - and budgets - and so we sit in.

If television looked on Saturday night as it did on Wednesday night then the week might seem longer, more continuous, interminable.  There are satellite channels like that, where even on Christmas Day, you'll get the same stuff you see every other day.  Is there anything more depressing than a medium which refuses to mark the days with us?

At least, when that blasted music comes on, we know it’s time to bung in a frozen pizza and crack a beer.

It’s the weekend
The telly just told me so.

So far this year I've managed to avoid Strictly and X-Factor.

I don't watch much TV, but I do like to cuddle up at the weekend and watch one program with my girlfriend.

Doctor Who, Larkrise to Candleford and Downton Abbey have all been our weekend program, but at the moment the weekend TV is a bit rubbish :-(

You've got a good point there, Ken. I know it's weekend when Football dominates our t.v. sceen.

Indeed,Ken, there are events that can mark our weekends with the TGIF syndrome. X Factor does it for you and for me it is the sight of someone who comes only to work every Friday. LOL... what about the Visitors? It's a weekend show here. But I guess we are separated by timezones and different dimensions, but still, I understand perfectly what you mean. Best regards.

Carrie and I were talking about this only yesterday, the need for – and don’t make too much of my choice of adjective here – mindless entertainment on a Saturday night. We only watch Strictly. I’ve seen bits of the other two in passing – most notably Susan Boyle’s performance – but we have too many other regular shows to catch up on at the weekend to spend it all watching ‘family entertainment’ shows like these. There have, and there always will be, talent shows. They are a good thing and there’s a long list of entertainers who were brought to our attention because of them. I watched Junior Showtime, Opportunity Knocks and New Faces faithfully in their day.

That said, without Opportunity Knocks we might never have had to endure Bonnie Langford in Doctor Who. Noel Coward reportedly made this comment after seeing a play in which a young Langford appeared, and in which a horse had also crapped on the stage: "If they had shoved the child's head up the horse's arse they would have solved two problems at once." Langford herself told Michael Parkinson on his chat show that Coward had said the best way to improve the play was to "cut the second half and the child's throat!"

I agree Mr Ken. As I once tried to say in a blog of my own, these programs perform a similar function to a Saturday football match. It's an opportunity to be mindlessly entertained on a Saturday, to relax, laugh, shout, let off steam, and rejoice or despair over the winners or losers.

I do understand the argument that the money spent on these programs means less available to nurture more intellectual creative talent. But I'm not sure that Joe Bloggs, who's spent all week grafting really bloody hard on some grotty menial service to society, gives a fig about someone who makes up stories for a living not getting his program on the telly. And who can blame him?

Hmmm...interesting point. Our versions of this, for lack of a better phrase, brain dead t.v. watching, is in the middle of the week.

Perhaps I'll pass your opinion on to them so their numbers will rise.

Naw, in the South, you know it's the weekend because there's nothing much on but football. :)

We're a Strictly family - my Mum loved it, my daughter adores it. We like the music (most of it), the bright colours, some of the humour, the dancing. It certainly brightens up this cold bit of the year.

I've never fancied X Factor (though i can see its appeal). All that boy band blander than bland, songs written by computers side of it... I'd rather have old school Brucie any day. It's good we have the choice though I suppose.
x

It's ironic, to me, that I watch TV while I have the Internet on and I'm typing articles, projects, drawing stuff, etc. When my Dad was around the TV was the focus of his casual time. TV was a god. We were shushed even during commercials at times. We lived around the TV times, 8:00, 8:30, 9:00, etc. At 8:43 the show would be on and the world had to stop until the break between shows. Now, it's on and I forget to pay it any attention at all. The gods must be lonely.

I don't think it matters what programme it is, it's the familiarity as with the soaps and the ease of watching because you already know the characters. It's also the big question: "What Happens Next?" which we want answered. We all like to see "Ordinary Person Does Well" which is why "your" Mary did so well on XFactor. The inexplicable thing though is why we watch when it makes us angry, such as the open manipulation of public opinion by judges and their downright rudeness.