In My Mind I’m Going to Colorado 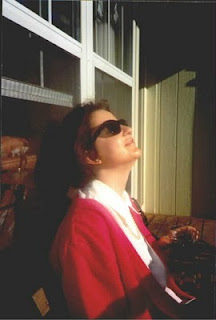 In the run-up to Christmas this year, I was thinking about a tune that evokes Christmas for me personally but which has nothing to do with Christmas at all for anybody else…

The main one that I came up with is this:

If We Hold on Together by Diana Ross

It’s not a highbrow example by any means.  In fact it's a rather twee, lightweight, tune which not that many people may even know.  So why does it invariably say ‘Christmas’ to me?  When I thought a little about that, the memories that came flooding back were warm indeed.

Twenty years ago this year, Trish and I spent a month in Boulder Colorado and that month ran from mid December to Mid January.

I’ve had enough Christmases at this stage to be able to spot the memorable ones and it is fair to say that this was one of the very best.

We stayed with Trish’s Brother and his family and, for me anyway, it was like Christmas on another planet.  The weather – feet and feet of snow, the geography – a vast open plain leading to the foothills of the Rocky Mountains and, in the opposite direction, the smoggy spires of the Mile High city of Denver.

The skiing was wonderful too, mind.  We skied Breckenridge and Vail, Winter Park and Loveland and it was magnificent and unforgettable.

Everything went to make that year remarkable but mostly, I think, it is remembered because it was a Christmas purely with friends rather than family.  John and Marian are family, of course, but even more-so they are friends and the type of people I would long to be friends-with even if they weren’t family, if you follow me.  Yes, that was the greatest thing about that year.  Trish and I were together and autonomous and we were amongst friends.

It was from little Lisa’s favourite film – The Land Before Time  - and she played it on the video over and over again.  The song tied itself up inexorably with that Christmas.

But not, oddly enough, straight away…

… it must have been ten years later.  I’d just got holidays from work the day before and I was listlessly scanning the television channels trying to find the meaning of Christmas or, at least, a good cartoon.  And there was that film, just finishing, the credits rolling and that song playing.

And it all came back to me in a rush.  The times we had, the memories we burned into our minds.

And, ever since, that song has held as a memento of a great, great, moment in our lives.

"Dreams are for weaving.." sounds as if this wove itself right into your memory of a perfect Christmas.

Here's wishing you many more...and may you add to the soundtrack of your life. :)

I can’t say I can think of a song that evokes Xmas for me, apart from the obvious Slade and Wizzard ‘classics’ which came out when I was at the right age to really appreciate them. And I don’t think I’ve ever seen The Land Before Time either. I did watch Horton Hears a Who yesterday (or the day before) and quite enjoyed it but I’ve really lost a lot of interest in that kind of film since my daughter grew up; you really need a kid with you to get the most out of them. Cars was just on and I didn’t even bother with it. I’m turning into a grump.

Anyway I have to go. We’re having Xmas early this year and my daughter’s just phoned to say she’s on her way. She should’ve been here by now but their boiler sprung a leak and so I guess we’re luck to see them at all. You have a nice one, Ken, and no doubt we’ll talk soon.