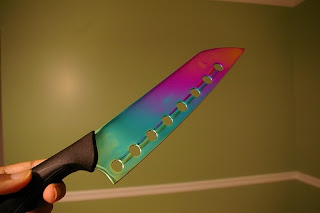 I got a bit of a pain in my stomach, one morning this week


In truth, I reckon it was the worst pain in my stomach I ever had.

For two hours, starting at eight thirty am, I was crippled.  I couldn’t stand up, ‘couldn’t lie down.  I shuffled around the house from room to room and wished fervently for this pain to ease.

And, after the two hours, and some drugs, it did.

There wasn’t any of those rather gross drippy pukey things that can sometimes go with tummy ache.  It was just a pure pain, blunt and tight.  Afterward, someone rather unsympathetically suggested that it was a fart that went the wrong way.  That may well be all that it was.

But it showed me some things.  For starters, it showed me that I’m not nearly as good with pain as I thought I was.

I always reckoned I was something of a tough cookie.  I never take sick days, no matter how I feel, I struggle-through.  And those few times when I have seriously injured myself, I have bourne the injury with a fair measure of stoicism and calm.  So, yeah, I’m Indiana Jones, me.

But the other morning suggested to me that, in my life, I have been blessed not to have known much real physical pain.  Also that the degrees of pain I have known may have been relatively low on some acknowledged Richter Scale of Unease.

This thought worried me quite a bit.  It’s easy to be blasé about what may lie in store for you in the future when you haven’t had an actually taste of it.  It’s like watching someone getting lashed with a cat o’nine tails in an old pirate flick and you say, “I could take that…” and then someone casually flicks the beast at your own bare back and you finally have yourself a little context for your statement.

Because when my own little pain hit, there was nothing else in the world.  Beforehand, I had a meeting to get to, calls to make, there was worries about stuff… none of those continued to exist while the pain was in town.  There was only The Pain.

The other thing I got from my twinge was a little more respect.  Respect for the people who suffer.

Apart from thinking I am Iron Man, I also reckon I am a pretty emphatic person.  I reckon I share in people’s pain a little.  It turns out that I was wrong about that too.  Someone close to me regularly phones up and says they are having a ‘bad day with their stomach’.  Until the other morning, I had not the first notion of what they might be talking about.  So, if pain is a part of your life, you have my sympathy – and a little more understanding than I had this time last week.

The last thing the pain did for me was it have me a little context.  When it was gone, I felt released -  delivered from something - and all the meetings and the phones calls and the general weight of the day ahead did not seem as heavy as it had before.

I may have to read this post back, to remind me.

That’s why I wrote it.

It sounds awfully like a kidney stone or some such alien from another place that hits so suddenly when you least expect it.

Since I broke my leg a little over nine weeks ago, I too have a new respect for pain, and immobility and human frailty.

I am no longer superwoman, anymore than you are superman.

Just wrote massive great long comment ON MY PHONE then messed up with my log in and LOST IT. Bah.

Pain is one of those things, like love, that we all think we understand but don’t really. I am in pain constantly. Of course it’s only discomfort but that is a degree of pain. My neck hurts just now, my knees and my feet. If I got up and moved around then I could probably tell you of a few other parts of me that hurt. My wife is also in constant pain. She, unlike me, takes drugs on a regular basis to make the pain tolerable. I have no idea what her pain feels like though. Even the aches we share.

Pain is a very personal thing. It depends where the pain is how much I can tolerate. And how much I share. I talk about my aches and pains less now than I used to. I think that’s because of spending time with women who just get on with it.

New pains are always a worry. I might mention that I have a headache but I’ve had more headaches than I’ve had hot breakfasts in my life by a long chalk. Usually when one of us has a pain the other will say: “Oh, what kind?” to which the reply is always, “The sore kind.” The response to that is always, “Ah, that’s the worst kind.” The pains I hate most are the ones you can’t rub. This is where Carrie and I differ greatly. She very rarely asks for a rub. I ask less now that I used to, because rubbing takes a lot out of her, and so when I do she knows it’s bad and does her best.

The worst pain I’ve ever experienced was during acupuncture. Normally this doesn’t hurt, is not supposed to hurt, but it can. One acupuncturist told me about a point on the inside of my ankle which she said was called the ‘Ah Ya point’, the reason being it caused patients to go, “Ah ya!” I’m telling you, Ken, you would not believe how much pain a tiny needle can cause in the hands of someone who knows what they’re doing. Can’t remember now what she was trying to cure but I’ll never forget the pain.

I was going to guess kidney stone too. Glad you're feeling better.

Having been through two long labours, I've realised I'm not very good with pain either. But I don't believe you can set a benchmark for such things when one individual's pain threshhold is different from another's. How do you know your pain wasn't *reeeeally* bad?

I get rid of sharp tummy pains by lying on the opposite side, somehow trying to let things shift about inside there. Glad it went away Ken x

While I see and take the point, I want to continue seeing and taking your points for a very long time: have you seen a doctor?

Elisabeth: I hope it's not a kidney stone. I know that they are quite miserable affairs. Luckily (touch wood) the thing has not recurred.

Luce: I wonder what you said?

Jim: That great comments cosntitutes a blog post all of its own. Thanks. I think you are both great to remain good humoured and productive in the face of adversity. Respect always.

Emily: I'm uncomfortable having you guess stuff about my kidneys, please stop. :)

Sam: Lie the other way round eh? It's sounds like the Die Hard remedy of making fists with you toes. I'll keep it in mind. If it happens again, I'll try anything.

William: Once is Happenstance. If it happens again, I'll make the trip.

Dear Mr Ken, this is what I said:

It's a funny old thing, pain. Entirely subjective. The only person who knows how much pain you are in is you, because you're the one feeling it.

That's what we're taught,and that's all very well and good, but when you're the person doling out pain relief then having some sort of objective criteria to go by helps a great deal. If you just ask the patient, (and we do this, we ask patients to grade their pain on a 1 to 10 scale), then we would frequently end up giving people in the throes of a heart attack a couple of paracetamol, and people with a wasp sting intravenous morphine.

Because how bad you perceive your pain to be depends very much on your previous experiences of pain. Unsurprisingly, young men will regularly declare a '9' whereas old women rarely declare anything more than a '4'.

I expect your experience this week will have resulted in you recalibrating your pain-o-meter Ken.

Anyone who is experienced in assessing other people's pain has learnt to interpret a few signs:

People in severe pain don't chat. They are monosyllabic.

People in severe pain are totally distracted by their pain and entirely focussed on obtaining relief.

People in severe pain keep very very still. They shield the painful part from all movement. (There are two exceptions to this - renal colic and labour pains. Both roll around screaming).

People in severe pain are very very serious. They make no eye contact and don't joke about.

People in severe pain are pale, sweaty and have a fast pulse.

But it's also true what you say; we forget severe pain. It's impossible to conjure up the exact memory of it. If it were then no-one would voluntarily have more than one child and THAT's for sure.

Have no idea what your pain was Ken, but glad it's better. (Sounds like a wayward fart to me).

As a teenager I was once in so much pain that the idea of lifting my head to shout downstairs to tell my mother that I had been violently sick was unimaginable. Too much movement. That's my reference point for empathy. My mother who found childbirth a breeze and has never been ill struggles to understand pain on a more than intellectual level. My poor father, who has (thankfully very intermittent) bouts of pancreatitis with pain so severe that MORPHINE DOES NOT WORK, has never been known to declare a pain level of more than 9. Although grey and sweating, and probably beyond joking, he can manage a smile and courtesy to hospital staff. Always.

Ah Sian, you are so right. And people are so different, as are their experiences of pain. Your poor Dad. I hope he gets the pain relief he deserves despite being a gentleman. :-) I really really hope I can recognise stoicism when I see it. I think I can.

Luce: Thanks for valued comment. I'm familiar with the 'one-to-ten' scale from being with my Dad in various hospital situations. I was thinking about it while writing the post - how could I have gauged my pain? Do I say it's a 10 because it's the worst I've felt or can't I be fairly certain that some poor sod is somewhere feeling much worse?

(I think Wayward Fart may have to become a song, along the lines of Careless Whisper) :)

Sian: I've seen my Dad go through stuff that has made reduced to tears the muscled/tattooed men in the waiting room with him. Meanwhile he was eased back into his jacket and said, 'That wasn't very nice...'

Strong quiet men, our Dads. I want to be one for my kids too.

Luce: You? Recognise Stoicism? Look no further that the mirror, girl.

The problem with pain, at least as I get older, it that I have started thinking each time, "What's wrong with me and will it be fatal?" I know that sounds like a hypocondriac, and that irritates me a bit, but as we get older and lose more of those around us it's easy to start wondering if we're next.