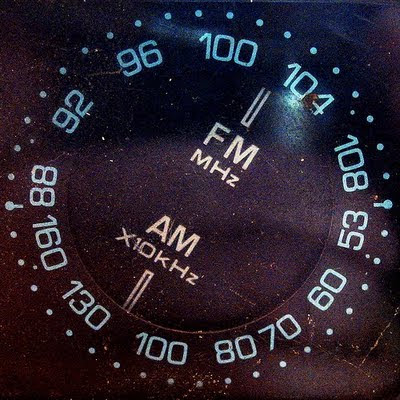 What a wonderful post of memories; I loved it. It's been years since I gave a thought to the kind of things we all got up to to try to see a programme our parents had said 'no' to! My God it was a different world than today.

There are so many things that come in and out of our lives as we move along through it. Some stick around awhile, some are one shot wonders. Anything that has stuck as long as radio has through your life has to be important.

A great account of growing up with the radio. I listened to more music than speech radio but I loved it just the same. It was definitely a friend at times...and an aural window.
x

When I was young one of my older brothers had a crystal set, which he listened to at night under the blankets. He bought it himself from his wages as a paper boy.

I was so jealous, especially when he told us that he could listen to the BBC in London while we were on the other side of the world.

Radio is such a powerful medium. When you can listen only, it sharpens all your senses.

I feel the same when I go to book readings.

There is something so romantic about your story; and it makes me wish I grew up in your time so that the spoken word could hold as much meaning for me as the written word... Voices (quality, character, sound, etc.) already hold such a special place in my heart that I imagine this sort of experience would have made a real impact on me too.

A fascinating account, Ken. I'm afraid I only discovered the radio in my early teens and only then once I'd discovered pop music; I was a late starter there – nothing prior to 1973. I have to say I was a grown man before I ever thought about listening to a radio play and I still rarely look to see what's on. For a while I started buying the Radio Times again and checking but even then I forgot about more than I got to listen to. The problem nowadays in time. I'm quite good in only watching what I want to watch but even there I have a whopping great backlog of stuff I've recorded that I'm probably never going to get to but can't bring myself to wipe. In one sense it's paradise as far removed from the days of our childhoods with only three channels to choose from, in another it's pure hell. And on top of all that we have the damn Internet screaming: "Look at me! Me! Look at me, now!"

Susan: Thanks. My eldest son does the same thing now, keeping the head down, hoping I won't notice he's still there. :)

Laura: You're right, of course, it's an ongoing thing.

Rachel: Thanks. I moved on to music and for a long while it was the *only* thing.

Elisabeth: Now a crystal set *is* romantic. My transistor and I cannot compete.

Jim: See, I'm the same now. I can't keep up with all I want to see and hear and say and do. Often I end up with the things I would least like to do. :)

D'oh. I knew that would come back to kick me in the face. Sorry Grandpa ;)

He can't be Grandpa. That would make me old too.

He can be that strange man sitting in the corner spouting limericks and winking at the girls.

Laura: That's me. That's definitely me.

I am so impressed.


Movies on the radio. How cool.

This is incredibly cool. The only comparison I can offer is destroying my eyesight by reading late using a green LED calculator displaying 8888.8888