Meh Against the Machine... or Not 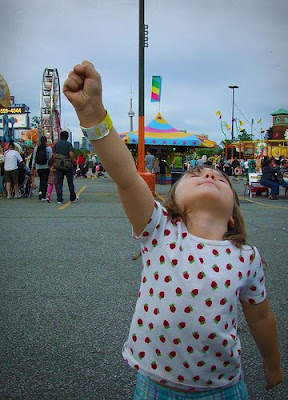 I was reading my friend Fiendish Thingie’s post about the current battle to be the Christmas Number 1 and it got me thinking. You should go and read her post, it’s good.
The story – as concisely as I can do it – is this. Every year, for quite a few years now, the Christmas Number One in Britain ends up being the single released by the new winner of The X-Factor (which is a TV talent show). It’s something of a forgone conclusion. This year, a campaign has sprung up to elevate an alternative song to Number One and, so far, the battle for Rage Against The Machine’s ‘Killing In The Name’ has shown astonishing momentum.

My reaction to all of this is summarised in the title of this post:

I don’t care at all really.

But then, as I was walking home today, I thought about it all a bit longer and a bit harder. And maybe I do care, a bit more than I initially thought anyway.

I have no love for either song, no particular animosity either, just that aforementioned meh. But the battle is doing something which is perhaps beyond the Christmas No. 1 and maybe something that’s good.

I’ve watched The X Factor quite a bit and the overwhelming impression I get from it, - from the way it is presented and produced - is this: Four people are elevated to the status of Kings and Queens, Princes and Princesses, Lords and Ladies – and the common people of the country are brought before them to entertain them and we - the rest of the minions - are allowed to watch.

If these common entertainers please these judges/royalty, they may be beamed upon with super-white teeth and whisked away to foreign climes temporarily, to see the more public rooms of the palaces where these God-like people reside. The ultimate prize is that elusive possibility of being elevated up to those heady heights forever.

You get the idea.

What I like about the current goings-on is that it at least manages to brush the certainty and security of these people on-high. These people who were certain that their 'chosen one' would be lauded by the people simply because they said it should be so.

In a year when the comfort and security of practically every ordinary person has been rocked in one way or another, it is perhaps fitting that these ivory-tower people should get at least the tiniest taste of the unexpected too. Life doesn’t always turn out as you might want it to and this holds true for all of us, be it prince, pauper or X-Factor judge.

And maybe there’s a message for our politicians and leaders too. If the people have finally become disaffected with being told what their favourite song must be and if they have actually acted and changed that for themselves then they can go and do it for other things too. The people still have some power. Think carefully about that. Carefully.

I think maybe I thought about it all too much on my walk home today.

I tend to do that.

This is probably the most convincing line of thinking to back up the RATM campaign.

But to be quite fair to the X Factor, it is democratic. Nobody is telling the public to buy Joe's CD except the public themselves, who elected him. I hate the judges as much as (okay, more than) the next person, but the X Factor winners are products of a social movement.

Anyway, if we really wanted to rattle the judges, we just wouldn't buy anything at all. Job done. One protest that isn't limited to people that have cash to throw around on singles they already own.

PS I love the picture that accompanies this post more than words can say.

I really *like* Simon Cowell, I think at leasy 95% of what he says is honest and fair. I also don't begrudge him his success, he's clever and savvy and he's earned it.

But the programme has now unwittingly provided this handy metaphor for regal-ness (?) and social malcontent and it's a shame not to play it up a bit. :)

Thanks for thought provoking posting and Merry Merry Christmas to you, 'hope to see you around.

Ugh. Simon Cowell puts the money into money-hungry. I don't think he even listens to music. He said Journey's "Don't Stop Believin'" was "not that well known". He doesn't care about music. He may as well be deaf. The only reason he is involved in an essentially democratic franchise such as X Factor is because he gets to play monarch for a few months.

Funny, because if you look at the structure of X Factor as compared to another similar one like Strictly Come Dancing, the judges on X Factor have really confused and ultimately questionable roles. I say bin them and let the people reign directly. That's anarchy, baby. (I think?)

I love your thinking at the end of this post. If only!

"Reality" TV is the reason we took down the satellite dish and switched it off. If that's reality, I'm scared.

I won't buy either record - to me, the RATM campaign is just as invidious. Same type of campaign, different product.

I'll buy that I WANT to buy and, hopefully, remain impervious to outside pressures. I am not a number, I am a free woman!

Dealing with Cowell's American cousin version, "American Idol", I am torn about him. I'd agree that 95% of the time he's right about those who have no talent. Sadly, he doesn't have a sympathetic bone in his body and seemingly enjoys telling people just how untalented they are.

If this was really "reality t.v.", more folks would express how they felt about him. Then again, last year the other 3 judges did remind him that he can't sing nor has he ever recorded anything.

You're right in we need to remember WE are in charge of our lives, not other people. I know of quite a few politicians in the US who will be quite surprised in after the 2010 elections. Sorry, stepping off the soapbox now.

Merry Christmas to you and yours!

Since the demise of Top of the Pops I have stopped taking the slightest interest in the pop charts. Back in 1973 I used to listen faithfully every week and write the Top Twenty as it still was back then in a notebook and I could pretty much tell you who was where, when they were and for how long for the next couple of years. Not any more.

It's not that I think all pop music is now crap because it certainly isn't and there is some damn fine music still being produced (we watched an interview with the guy from Snow Patrol recently and were quite impressed, impressed enough to seek out their Best Of album) but I rarely listen to vocal music at all these days because you can't write over it; it's all classical and soundtracks and I'm fine with that. The only time I really listen to vocal stuff is when I'm out and I think to take that iPod-thingy Carrie bought me which is not that often.

As for X Factor, I could count on one hand the number of times we've watched it. We miss Stars in their Eyes.

My best wishes to you and your family for a very Happy and Blessed Christmas!

So, As it turned out. RATM won.

I wonder how many units Joe sold? I would bet it was considerably more than the No. 1's of the last few years.