Dissecting My Own Alien 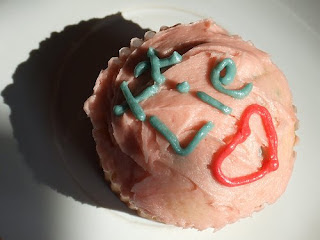 As I was saying last time, I’ve been thinking a bit about truth and memories and how they relate to my writing.

When I put up Dad’s story, two posts ago, I recorded it reasonably faithfully. Okay, I threw in a few engine ‘ticks’ and other shreds of Blarney to help it along. But it was basically written as I had heard it.

I figured there had to be elements of invention in that story but I didn’t know what, or how many, they were.


Then I thought, why not take a little memory story of my own and look at it hard then set down what was true and what was invention in it?

So if you liked my last little story, you might want to look away now.

I’m about to cut it open…

Here’s the facts of ‘The First Night of Alien’ as I recall them now.

I went to see ‘Alien’ with a friend of mine. It was the second night because there was a special screening the night before to open the refurbished cinema. We sat in the stalls. There were courting seats but we weren’t in them. The movie was great.

That’s about it. But that’s no good.

I wanted to capture the excitement, the anticipation, the *fun* and the facts just didn’t do it for me.

So I started weaving a bit…

My wife had once told me a story of a friend of hers who sat in a courting seat on her own while her new boyfriend was forced to sit in the next one – she thought they were just big seats.

Once, in the old Savoy, a guy called Gilmore had thrown his coat over the balcony and it had landed on a guy called Feeney who was understandably annoyed. As I recall, this happened at a double bill of Elvis Presley movies (Blue Hawaii and GI Blues) which played one Sunday night shortly after Elvis’ death.

I stole Marie, the horn-rimmed lady behind the Plexiglas screen, from a story of mine called ‘Rasp’. She was actually pure ‘Gary Larson’ and never really existed.

So I gave Feeney a girlfriend which he never had and gave them that ‘courting seat business’ to play out.

Then I put myself and my now-legion of mates up on the balcony just so Gilmore could throw his coat over the edge again for me. It was only after he threw it over, on my page, that I realised that it could land on Feeney’s girl thus providing her with an apt punishment for venturing into a big seat all on her own at such a very scary movie.

That was a fun realisation!

After all, this all happened (or didn’t happen) back in 1979 when I was sixteen. God knows how my memory might have failed me since then.

One final point. When I called the piece, ‘The First night of Alien’, I was entertaining myself with a little pun that I don’t believe anyone has ever got. You see, I saw a play on telly once about George Bernard Shaw and the premiere of one his best known plays. The play was called ‘The First Night of Pygmalion’ (by Richard Huggett). I like the fact that this little connection is there for me and perhaps for nobody else or, even better, perhaps for one other person somewhere in the world who might chance upon my story some day and get a kick out of it.

So that’s my alien dissection.

I can’t apologise for any of this lying or trickery. I’m see myself as a story-teller, not as a historian or a reporter or a biographer.

The true story which I wanted to tell did not have enough of the necessary elements in it to succeed as a story. So I worked on it a little. I lied and I cheated.

And here’s the great thing…

The resultant story, for all it’s invention and untruths, has (for me at least) more truth and honesty in it than any pure ‘setting-down-of-the-facts’ could ever have managed.

For me, it captures a little of the excitement and anticipation of going out with your friends when you’re young. It also reminds me of the social aspects of going to the movies as a teen, the fun that we had in the stalls which had very little to do with the movie on the screen (or with sex, I hasten to add). I’ve lost sight of this latter point in my advancing years – see my post of just a few weeks ago if you’re in any doubt about this.

So I wrote a pack of lies and, by doing so, somehow got closer to the truth.

Very enjoyable, Ken. I wish more authors would do this. It's a great way for newbies to see how they can graft in details from a variety of sources to embellish a story. I did the same kind of thing a while ago. I presented my short story 'Katherine and Juliet' on one side of the page with notes down the other. If you (on anyone else come to think of it) is interested you can check it out on my website: Points and Slices: A poet's take on the art of short story writing.

Top marks for weaving...except I almost wish you hadn't told us...I'm really sorry Marie wasn't there...did you get her (or bits of her) from somewhere else or another time?
On the other hand your friend must be pleased about you improving his record with the ladies - even if via fictional methods. Things like that matter to teenage boys...so I'm told.
I'm not so bothered you nicked (or borrowed) the flyng coat from elsewhere...that is par for the course...but I am sorry about Marie!I think she may need her own novel to make up for it!

Thanks Jim!I'm going to enjoy a good read of 'Katherine and Juliet'. I'm glad I'm not alone in dissecting stuff.

Rachel: I felt odd showing the sleight of hand that made the story. Marie was mostly the horn-rimmed glasses lady from so many Gary Larson cartoons. But there was a woman behind the plexiglass who pumped paper tickets off a roll and she did let us into the adult movies, providing the nookie was limited (on screen)

Sean!! My man! You must be pleased to see me come clean on all the lies after all these years. Sean was my movie-going friend for many great years in Sligo - I didn't know he was reading this. You gotta watch yourself, 'never know who's out there lurking... :)

It is a good dissection;
I mean, unless you are writing a report for the local TV station or for the newspapers, then people should expect that what you wrote is truth and fiction - interwoven with each other. The simple truths and facts are sources of writing prompts for writers. As a creative writer, I think you are justified to create interesting twists with the basic facts of your story. This is to make it more entertaining for your readers. Good post.

Well done for admitting the truth, Ken - I know how difficult men can find that sometimes. :)

Anyhow, it was really interesting to read how you put the piece together! And interesting too to consider how often we do that ourselves, how often we embellish our own stories with things that didn't happen or happened to others - sometimes to make the story better, sometimes to make ourselves sound better, and sometimes simply because we're misremembering (in the words of one H. Clinton).

We actually had a 'Marie' at the cinema where I grew up, horn-rimmed glasses and all. I think you just hit on an archetype there.

Ken, I have similar tactics when writing stories (or poems) about my personal history. I posted a piece called The Dinner Party a while back. It was about a meal that did take place back in university, with a pair of ne'er-do-wells that my friend? and I invited over to her place for a slap-up feast. I embellished it all over the place and it did have the same effect for me - bringing home all the memories surrounding the time and the types of characters that populated my small world in Southern Ontario, Canada. I think that's the key; when we dredge up the memories (which isn't as easy nowadays) we force out the details and often dig up things we had long ago lost in the recesses of our minds--I like to call it my "mental filling cabinet". When I dig through the dusty files, it is amazing what I can unearth.
You have mastered this art, undoubtedly.
Shaw would be proud.

Thanks Jena, I feel that I am justified too but it feels good to come clean on a little of the guile used in storytelling.

Now Catherine, don't be using my posts to beat up my entire gender - you're right though, unfortunately.

Kathleen, thanks! I'm going to try to find that dinner party post. And you manged to echo my use of 'ne'er-do-well'!! Shaw would be proud of you too.

Ken,
I loved the story, and the analysis afterward. The older I get, and the fuzzier my memory, this definitely becomes an issue for me. I don't attempt to pass my stories off as birthed by real-life events, and in a way that may be more dishonest to the reader. Everything we write comes from experience, just not all of it our own. Isn't there a quote about legend being more powerful than truth? That's what makes good storytellers so dangerous ... like Iago did to Othello, they can color the audience's perceptions of the world.

Ha! I knew your life couldn't be THAT interesting...

Seriously what a great post. I really enjoyed the analysis.

As a journo I'm mired in fact - I feel you've given me licence to play a little. Isn't that strange?

Ken, Thanks for linking to me.
A caveat on The Dinner Party: I was happy with the first parts (I serialized for the blog as it's a bit long), but the ending fell rather flat, I thought. This is in fact, due to that striving for a balance between real and artifice. The ending was how it really did finish - no bang, just a whimper. I didn't know what to do with it. I write poetry mainly and was just trying an experiment with some story-telling.

The Dinner Party (Parts 1-3) can be found here:

I was keeping a separate blog for stories only, but gave it up and reverted back to Poetikat's, so the final chapter is missing. If you're interested, let me know I'll edit the post for Ep 3 and add Ep 4. (Oh, Gosh! Sorry for taking up so much space.)

I will be back soon to read more of your splendid and engaging works.

"D'you want the truth or something beautiful?"
- Paloma Faith