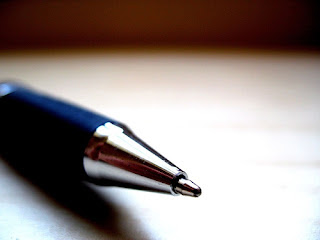 The story I wrote in my previous post is a largely-true tale about something that happened way back in 1991.

At the time, when all the facts of the matter became clear, it was one of the funniest thing I have ever witnessed. That Saturday afternoon we laughed and laughed at the memory of what had happened.

I love to write down these stories as best I can and I have read quite a few of them out on a radio programme called Sunday Miscellany .


But the writing of this one daunted me. Many times I have said to myself, "Must get that one down Ken."

(And I have answered myself back, "Please don’t use my first name, we hardly know each other")

I guess I was daunted by the complexity of the story. Of course, it’s a very simple tale about one man’s quest to be readmitted to his place of work. But how to get the story across, pass on at least some element of the humour and not tie the whole thing up in knots?

Look at some of the difficulties:

At the end of the story, nobody in the story knows that anything has happened.

Nothing funny happens at either of the two locations in the story – it is only in the over-view of the two coinciding narratives that the humour emerges.

The best bit is in the middle of the story. What happens at the end is not funny at all and must be cut out.

So, with so much narrative complication for such a simple tale, I never sat down and wrote it.
Until last Saturday.
"Come on Ken!", I shouted at myself, "just write it."
("I’ve warned you about names already," I replied, "and don’t you dare exclaim at me.")

So I just sat down and… wrote it. To hell with the consequences. Bugger the complications. JUST WRITE THE DAMN THING.

And I did. Wrote it, left it to cool, tidied it and fired it up on the Blog here. I don’t usually move from writing to posting so fast but speed was of the essence here, before the narrative-angst-bogeymen caught up with me again.

I had also written a whole spiel at the front of the story detailing my nervousness about the narrative complications therein but I decided to cut all that out and just let the story stand up on its own two legs. The only hint I put in that first post was in the title.

I’m actually quite happy with the way this little story turned out and I’m most grateful for your positive feedback, dear visitors. I brought it along to my friends in Castlebar Writer’s Group last night and raised quite a few laughs with it (which is my pretty much my food-and-drink).
Interesting, the best laughs were at the point when Richard remembered his bag of apples. I think that moment when an audience finally realises where a story might be going – that’s a good moment.

I hate morals. So the moral of this ‘story-about-a-story’ is a motivational chant which I guess I should listen to more often.

We all get hit by that one. I have the same problem just now. I know where a story could go but I don't know if I have the ability to pull it off convincingly. It's not a fear of writing but one has to know ones limitations. A perfect example is erotica. It is far harder than a lot of people imagine so I avoid it. I can't write it convincingly – I keep wanting to add in jokes for starters – so I do without it.

When considering erotica, I find the following guideline useful:

I keep wanting to add in jokes for starters... so off I bloody go!!

I've been putting off commiting to words a story about what went down at a las vegas strip club on my birthday one year.

The first time I told the story, in the pub, with a bunch of my poker buddies, it went down really well. I'm not usually a good story teller, but I got lucky that night, it was the right tale at the right time perhaps. I held eveyone's attention, and got loads of laughs.

I was persuaded into telling the tale again later on that evening, to a different crowd.
That time it didn't work nearly so well.

I get the odd request to tell the story again, and I always shirk away from it. I've thought about writing it down a couple of times, but never do because I don't think I can do it justice with my pen.

Enough of that though, a job for tomorrow...

"Dinnae get it right, get it wrote!"

Funny you should mention erotica.

This evening, I just came across the steamiest bit of prose I've ever seen.

The book was a story about a female roman gladiator, so I was expecting a little bit of raunch, but nothing like what I found.

Reading it made me wonder if I could ever write like that.

I don't know how they do it.
Perhaps the technique is to watch a pornographic film and keep pressing pause to make notes?

I enjoyed the story and the story about the story - and the moral. I used to work for a construction company on a contract for the London Barracks - Knightsbridge, Hyde Park etc... funny the things that win you over before you've even thought about it! Plus: your moral point is well made.

The difficulty didn't come across in the writing. It was a deeply funny piece for me - the problems with writing it aren't obvious until you point them out (at which point they're glaring of course).

In other words, you did a good job.

And I hate morals too, but this one I can work with.

Bleated praise from me, Ken.
Ack, I mean belated... I might be Welsh but I don't often make sheep noises.

Anyway, it was a good story and I'm glad you finally got it written. The pacing was just right - half the fun in the story itself is the anticipation formed after hearing about the bag of apples; the reader makes their own connections and fits the pieces together in their own mind, and then those predictions are fulfilled. (Course, it's also fun to play with the readers' little minds and /not/ complete their assumptions...)

Tam - write it down and give it to someone else to read. (Us!) It's the only way to find out if it only works for a particular crowd of people, or if it's genuinely funny in its own right.

By the way, I feel uncomfortable now after all the mention of some of you writing (or trying to write) erotica. It's just not something that gentlemen should do. >;)

Hey Ken, first thanks for looking at my site, second, nothing keeps me motivated and feeling good about what I do when I write, than to hear about the process others go through. The Story behind the Story is usually as compelling to me as the story. I have gone with "Damn it" more than a few times in writing. Good to see others have the same Damned muse. As to morals, I try to avoid them at all costs.....what is that the right kind of morals? Hard to say....keep writing my friend

As a footnote to these two posts, I note with great pleasure that Dave King over at:

has just posted some new work and generously suggested that my scribblings over here may have in some small way been of assistance. Thanks Dave, the works is great!