We All Know It Flies but It Really Does Fly 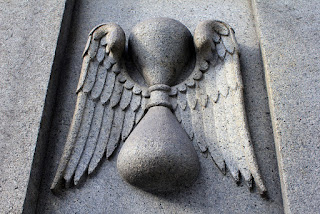 Yesterday was Saturday and, for reasons best left unexplored, we drove through the same town we had driven through on the Saturday before. Are you with me so far? While driving through the town yesterday, the revelation came to me with something akin to a blinding flash of light.

“Wait,” I said, to Patricia, who was alongside me in the shotgun seat.

I could hardly say it. It had been a week since we last drove up this street in this town. A full week. Seven days. But it couldn’t have been. It simply couldn’t. It seemed like yesterday or, at the very most, the day before yesterday. Not a week. Not an entire week.

Sorry to prattle on about this, about something that I reckon we all experience all the time. It’s just that this particular instance of it was so pronounced. It was remarkable. So here I am, as I do, remarking on it.

It wasn’t like a memory-loss thing, or anything like that. I audited my week a little as I drove along, and it was all there. University Challenge, lots of work, first rehearsal, power outage, Sky box going up the Swanee, chips on Friday and here, in the car again, in this town, one Saturday later. No amnesia, no dotage.

I was at a thing a few weeks back and, on the back of a nice discussion about time travel movies, the idea of the actual viability of time travel came up. One of my favourite people, a committed scientist, patiently explained why time travel simply was not possible and stoically weathered the ensuing storm of the Back to the Future fanatics shaking their heads and saying, ‘But it might be. It might.’ Afterward he took me aside and whispered an explanation of Einstein’s Theory of Relativity to me and, truth be told, I was not much the wiser afterward. I’m more of a smart-arse than an intellect. The complexity of time eludes me.

Except in practical, day-to-day terms. Time moves slowly sometimes. It drags along and we look at the place where we used to wear our watches and wish that things would hurry the hell up. That certainly happens sometimes. But generally, time moves fast. Time flies and it sometimes blinds us how very fast it can go.

(Hopefully, by now, you’ll have gone past the sneaking suspicion and reached the firm conclusion that there isn’t going to be any sensible resolution to this little musing. The object of this weekly exercise is to reflect a little on something-or-other that happened in the week preceding. And, although the aforementioned power-cut, Sky box breakage and the Friday chips are all events ripe for further exploration, the fact remains: this past week went bloody fast.)

In maths, you do a little sum, and it leads you to a bigger sum. (I’m about as good on maths as I am on Relativity). If the little sum is that the week commencing 11th Oct 2021 flew, then the bigger sum is also one we are all very familiar with.

It’s a week for stating the obvious, isn’t it? We should make it a national holiday. One where we all sit around remarking on how green the grass is or how wet that water is. I bet that day might drag a bit, at least until it was over and then it would seem like it actually went… oh, you get the point.

But time does fly, and life is short. This week proved it or reminded me of it or… something like that anyway.

In another chat from the past couple of weeks, I defiantly proclaimed myself to be middle-aged. The reply I got was a bit smart but also a bit thought-provoking.

It’s true, innit? At 58, I’m not going to see the same span again. In truth, I’ll be lucky to see another fifteen years.

And time is flying.

And I don’t do very much. I work and make some dinners and watch a little TV and fall asleep on the couch and tumble to bed and get up and work. And the weeks and the months and the years roll around and, like that past week, you sometimes wonder where they went and how they did it so quickly.

This is the end. No, not that end. The end of the piece. Ideally, I would come out of this with some resolve, some drive to do better. If I can’t slow time down (and I can’t) then I should do more with my allocation. As they said in that movie (when the guy quoted Jack London) “I shall not waste my days in trying to prolong them. I shall use my time.”

Yes, I should do some of that. I should ‘Ride, boldly ride’ like they said in that other film.

…but, man, that week went quickly, didn’t it?

Preaching to the choir, son, preaching to the choir. I have never known time to fly so fast and what’s worst is that at the same time as time is speeding up I’m slowing down by which I mean I’m becoming less and less efficient; I don't maximise my time. It would help if I didn't sleep so damn much—eight hours just doesn't cut it these days—and I could cope with the sleeping if I woke refreshed or at least clear-headed. I, too, am becoming increasingly conscious of how little time I likely have left and who’s to say I’ll be able to make the most of it?

Anyway I’ve devoted most of the last week to creating a submission database for my poems. Why it’s taken me fifty years to get around to it I’ve no idea. I’ve had to use Excel because I’ve pretty much forgotten all the Access I used to use in my last job and that rankles because fifteen years ago I could’ve designed such a beautiful database. But it’s time I started sending out poems again. I have so many no one bar Carrie has read. I’d have to check but I probably haven't sent out anything in a good seventeen years and that’s not counting all the unpublished stuff going back decades.

At the moment I’m struggling just to produce an author bio. I always found them hard and hated them but after years in the wilderness I can’t think what to say.

I should aim a little higher than 73 if I were you, Ken. 90 is quite a reasonable life-expectancy these days, especially if you take reasonable care of yourself - although quality of life is far more important than quantity.

I believe the fifties are referred to as middle-age not because they are the middle years of life but because they are the years which come between youth (which persists into your late thirties and early forties, even if you don't realise it at the time) and old age, which happens when you let it happen.

Time never seems to fly at the time, I think; only in retrospect: either because a lot happened very quickly or because not much happened at all. As with so much in life, it's very much a matter of perspective, and reflecting on the past always feels a little like looking down the wrong end of a telescope. There are whole months of the last year or so that seemed to have flashed by, but I can remember quite clearly that many of the actual minutes and hours dragged interminably.

Jim - Say you're a great poet and a fine fellow... or something along those lines. The database sounds like a great idea.