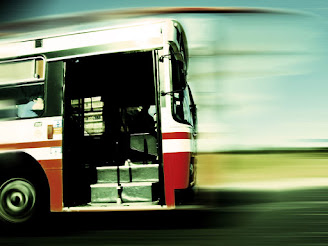 There’s a smell that I smelled once when I was very small. In my head I call it 'Sunlight Through Dust'. Now and again, I may catch an olfactory glimpse of it in some odd corner. Not very often though. Mostly it was just that one time, back when I was small.
Memories like these are wispy at best. It’s possible that very little of them are true and that the rest is built up from other ideas and memories that were gathered around them as the years went by.

Here’s what I remember from this one anyway.

Back then, we didn’t have a car and sometimes, on fine days, we would get the bus to Rosses Point. The place to get on the bus was at the low stone wall across from where the statue to WB Yeats is now. I just had a look on Google Streetview and the wall is still there, just like it was, and, damn, there’s still a bus stop there too. Fifty years on, it hasn’t changed much.

Anyway, we’d get the bus there, Mum and me and some of the others, I guess. Though my memory just has Mum and me in it. Dad would have been at work. We had a bag with a blanket to lay out on the sand and I imagine we had biccies and diluted orange too. Once, I remember, we were out at the Point and it started to rain really heavily, and one of Dad's work colleagues gave us a lift home in his car. I remember this because, on the drive in, there was a place on the road where it just wasn’t raining anymore. You looked back and it was still raining but, in front, it was sunny and clear. Mum called it a ‘cloud break’ and I think she said it was only a sun shower after all.

It's funny, the things we remember.

This smell that I remember came to me when I was getting on to the bus. You climbed up the steps towards the driver and I know that I must have been really small because the steps seemed very big and the interior of the bus did not reveal itself until I was right at the top step. Mum paid the driver and then you worked your way down the aisle to a seat (like you don’t know this already).

What about this smell though? What was it?

How do you describe a smell? It was like the bright warm sunshine, magnified through the bus windscreen, had heated up some of the dust on the steps up to the driver. It was warm and musty and not overtly special and not particularly pleasant. Why do I like it then? Why do I remember it so well? I think it contained a promise of the day to come, the beach, the sea, the sandy biscuits, the pale orange drink. I think that’s it. It was the smell of a promise of a good day.

I can’t reproduce it. There’s no place I can go to breathe deeply of this ancient essence. Perhaps it's lurking there still in the stairwell of some sunny bus but I don’t do buses as much as I used to. I have done plenty in my time though and never found that smell there again.

As I said right at the start: once in a blue moon, I’ll think I catch a hint of it on a breeze. “That’s it,” I might say to myself, “that’s the bus smell.” But, by the time I’ve thought that it’s gone again, whisked away to wherever it goes.

The smell is tied up with memory, as so many scents are. It evokes a feeling more than a picture or a soundscape. A feeling of warm sunny days, adventuring out, family and safety.

I wish it were in a bottle.

Oh, now you have sent me spiralling back down memory lane. Smells and sounds are powerful keys to unlocking memories. A lovely piece. Thank you.

The sense of smell is closely linked with memory, probably more so than any of our other senses. So they say. And if they say it it must be true. I don’t have a refined sense of smell or taste as it happens. I get the basics. I know, for example, what wine tastes like but when they start talking about hints of oak or charcoal or gym socks I’m lost. And how the hell can any wine be described as creamy, jammy or fleshy? Wine, to me tastes, like shit. There’s a word for it: barnyard; I kid you not. Of course when I say “shit” I don’t mean actual poo; it just tastes awful.

I mean I do get the connection between smell and memory and taste too. If you gave me some candyfloss to eat right now I’ve no doubt some childhood memory of the shows would rise to the surface but it would take conscious effort. I guess along with a poor sense of smell and taste I’ve a poor sense of the past. Some writers are fuelled by it. Me, not so much. It’s not as if I had a horrible childhood—far from it—but it did its job; it got me here and here is enough to deal with.

I haven’t visited my home town or any of my childhood haunts since my mother’s funeral. I took Carrie on a drive around some of the high spots and a few of the low ones. I do imagine I’ll go back for a last look-see before I die unless death comes unexpectedly. It’ll make me unhappy, terribly I have no doubt, but that’s no reason not to. Might get a poem out of it.

In The Subtle Knife, Lyra and Will are able to travel between worlds through a portal. I think these hard to define smells are like portals to the past. It's time travel, not the pyrotechnic kind from the movies, but it's real.

I once had a big name writing prof tell me never to use the word smell in any type of writing. Thanks for proving him wrong. Your piece is lovely, Ken.