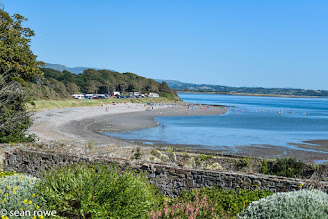 There were two apparently unrelated occurrences this week which got me thinking about the uncanny connection between them. Then I drew a conclusion and then I discounted the conclusion as being overly sentimental. Then I went and revised that opinion too.

First thing: That box of photo albums in the corner.

They’ve been there a few years now. They were Dad’s so I thought I’d better look after them. In his later years, he collected all the old snaps in these albums. They come in all shapes and sizes and there’s no theme or chronological sense to the contents. Random photo beside random photo. The Sixties right up close to the Two Thousands. I glanced through one or two the other day. Everybody was much, much younger than I thought they were at the time. Some of them evoked memories but the ones that did not were perhaps the most interesting.

Second thing: Being side swiped by an old song on the CD player in the car.

My pal John makes me a compilation CD of old songs now and again, just for fun. I keep them in the car, and, after initial plays, I give one a random rerun now and again. John has an uncanny knack for landing on old songs that I like.

The other day, driving somewhere and fed up with golf controversy and general whataboutery, I stuck one of the CDs on. What did I get? ‘Run for Home’ by Lindisfarne. And, suddenly and quite remarkably, there I was, on the beach from the photograph. Sunday afternoon, Lissadell House, Sligo. Drive one road into the house estate, drive out the other. Never going near the house itself, straight to the small quiet beach. I had my beloved transistor radio and as I walked in between the dunes, that song was playing. No question, a strong memory evoked. It was in the charts in 1978 so I was close to fifteen years old. That surprises me. I must have been a reluctant participant in the beach excursion by then, the little radio my saviour. I was probably sulkily listening to some chart show and wishing I was anywhere else. The details are sketchy, as you can tell, but the song and the location are clearly bound together. In truth, the strongest memory I have of it all is how far out the tide was and how grey and light blue everything was coloured. Mum and Dad were there, of course, and it was nice to see them again, quite clearly, if only in my mind’s eye.

Reliving the memory as the song played, trying to interrogate it for more information, I concluded what I often do and what many have done before: that we keep our departed loved ones alive through our memories of them and, when we remember them, they live again for a little while in that memory.

Not a new or original thought but not a bad one either.

But wait. You’ve lapsed into sentimentality, Ken, and perhaps it’s not wise to let it stand. Imagine when you are dead and gone, Ken, and someone remembers you fondly and smiles, as we can hope that someone occasionally will. Do you then magically spring back to life and move around and think and feel and love again? Alas, no. And what is life? Most of the definitions I’ve looked up are too scientific or too philosophical to entertain here. Let’s just settle for something like this: Life involves an element of doing stuff. When someone thinks of me after I’m gone, will I hop up and start doing some stuff?

So, therefore, this notion of bringing people back to life by remembering them is sentimental at best. I saw a photo and heard a song and that was nice, but nobody was resurrected, were they? So, get a grip, Ken, keep at least one foot on the floor.

Having coldly ‘logic’ed it all away, I felt a bit like I had lost something in the wash. Some little bit of sentimental comfort, perhaps. But, no, more than that. I can be cool and sensible about all this, but I shouldn’t throw the baby out with the bath water. There is something to this, whatever it is. When we think of our loved ones who have ventured on ahead, they do come back. They may not rush out and fill the coal bucket, but they are still back, in some way in some respect.

Thinking about it some more, I think the words ‘For Us’ might be the keywords here.

When we think our friends and family who have died, when a song evokes them, or when a photo imprints their image once more on our retina, they come back. They come back ‘For Us’. This is undeniably true. Since the photo and the song, my Dad has been riding shotgun with me in the car, pointing out landmarks, suggesting possible alternate routes.

And so, pushing the idea a bit further, there is perhaps some comfort, too, for those who have gone. They may well be beyond such earthly considerations as the ones we speak of but there could still be a sort of comfort to be had. It is the comfort they take before they go. The knowledge that they will continue to be evoked in conversations and stories and memories and, yes, in photos and in songs as well.

Whether there is comfort to be had beyond that, we cannot know. But if it comforts us to think there might be (and there might be) then why not have a little of that too?

It’s almost too hard to get a grip on all this stuff in regular words and sentences. It’s complicated and a bit messy too.

Perhaps this is the kind of thing that poetry is for.

CLOV: Do you believe in the life to come?
HAMM: Mine was always that.
— Samuel Bekcett, Endgame

Facite ergo sum: I do stuff therefore I am. Or something like that. Christ, Ken, Life for Dummies. Of course there’s being alive and then there’s living: passivity versus activity. I’m alive and my bird is alive but I sometimes worry he’s not really living his life. Of course he’s not living it to the full but at least he’s alive; that’s a plus. Had Carrie not rescued him I doubt he would’ve seen out the second week of July 2005. He spends a lot of him time dozing these days and I wonder if he’s dozing happily or what. He doesn’t do much and who knows what he’s thinking. Mostly he’s driven by instinct. Mostly I’m driven by habit. I expect the two are not dissimilar.

What moves man? What does he live for? It took me a long time to answer that. Freud said sex was the main driving force; Jung, being; Adler, power; the Beatles (and my acupuncturist), love. For me meaning is the meaning of life and meaning has purpose, a higher purpose than filling my stomach, having a good night’s sleep or getting my end away. I feel sorry for the bird when he does “the hoppy dance” which is his way of saying to the bird in the mirror—dummy doesn’t know it’s his own reflection—come out and play mummies and daddies. I like to be productive but I’m happier being creative. I come alive when I’m writing.

“Our dead are never dead to us, until we have forgotten them,” so said George Eliot. 'Esse est percipi' (to be is to be perceived), said Bishop Berkeley. I’ve never really understood the expression “alive to me” but I get it. We fear non-existence so much we invent ways to pretend death isn’t as bad as it is. I was never brought up to believe in any kind of afterlife despite the fact my parents were religious and most religions promote that to keep their flocks in order. My dad is not alive. By your definition, he doesn’t do stuff; by mine, he’s no longer productive. He’s not looking down on me from on high sighing or frowning or wondering what the hell I’m playing it. And I’m glad of that. I had enough of that when he was alive.

So what gives you comfort, Jim? I’m not sure I look for it. If I was comfortable I’d settle, hop up on my metaphorical perch and doze off and be done with all this. And I’m not ready for that. Now you’ll have to excuse me, I’ve been up all night and I’m ready for my nap. (I kid you not.)