Two Things I Hate in My Town 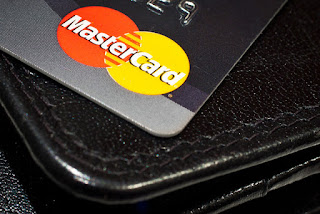 Here are two things I hate in my town and, no, there won’t be any cute moral at the end of this. I’m just venting or ‘givin’ out’, as we tend to say in these here parts.

The first thing I hate happens in my local petrol station, which also frequently doubles as my emergency bread, milk, and dark-chocolate-Bounty shop. It’s a great shop and the people in it are all lovely, so no gripe there.

When it’s my turn to pay at the till, I get my card out and, if the amount required is under the magic thirty euro, I tap. After some initial troglodyte reservations, I am now a consummate tapper. It is the way of the future… well, no, strike that, it isn’t actually. In the future we’ll think about paying and it will be paid, unless we have no credit in which case our thought will be declined. The tap is the present, though, and, yes, I embrace it.

All good so far.

But sometimes, often in fact, the money owed at the petrol station cash till is more than the tap limit. I buy fuel sometimes and then the total is well over. Now that tapping simply won’t do, I have to shove my card into the key entry machine and go about things the old-fashioned way. Here’s where it all goes wrong. As you will know, the machine has a series of prompts to get me, the customer, through the payment process. ‘Enter your card’, ‘enter your pin’ – that kind of thing.

Except for the thing.

The person behind the counter evidently get those same prompts up on their screen. BUT THEY GET THEIR PROMPT ONE FULL SECOND BEFORE I GET MINE.

What does this mean, Ken? What does it mean?

It means that the person behind the counter thinks I am a dope who does not know what I need to do with my card. Their screen has issued the prompt that it is time for me to put my card into the machine. BUT MY SCREEN HAS NOT YET TOLD ME TO DO IT. So the good person behind the counter tells me to put my card in and, just as I might be about to tell them that the bloody machine hasn’t asked for it yet, THE MACHINE ASKS FOR IT. So, I put my card in and wait for the machine to prompt me to put my PIN in. But, one full second before the machine tells me it’s ready for my input, THE TELLER’S MACHINE SAYS IT IS READY. So the bloody teller (maybe this is where they get their name from) TELLS ME TO PUT MY PIN IN. But the machine is not ready_ oh, wait, of course, it’s ready now, just before I can explain.

This sounds trivial, I know. In the greater scheme of world troubles and strife, this little card thing seems like something of a mere bagatelle. I accept that, I do. BUT IT HAPPENS EVERY BLOODY TIME.

Every time, I pay more than thirty euro, I end up looking and feeling like a man who doesn’t know how the card machine works. “You can put your card in now.” “You can put your PIN in now.” I KNOW!!!! I’M A SMART FUCKER, I’M JUST WAITING FOR YOUR FUCKING MACHINE TO KEEP UP WITH ME.

Here’s thing number two and it’s a driving thing so… watch out.

And there’s a special breed of gobshite who race up the outside lane and then go straight on, cutting the shit out of all rule-abiding drivers who are in the left lane meekly awaiting their turn. I’m not even going to get into it about them. They are bastards and fuckwits, the spawn of the devil. They are soft dogshit on the sole of my shoe and they are not worthy of my time here this morning. A pox on all their houses.

No, let’s leave those turds alone and concentrate of these other feckers. The smart, smarmy ‘I’m better than you are’ types who invariable ruin my day.

Can you guess what they do? These smarmy types? I bet you can.

Yes. Yes. They go up the right lane, passing all of us waiting in the left lane, then they turn right on the roundabout like they’re supposed to, and then… then… they go right around the roundabout and off up the straight-ahead road.

I sit in the queue in the left lane and I watch these bastards do this all day long. They whizz past me, get a nice easy access on to the roundabout and then round they go. I can only imagine the self-satisfaction they bathe in. I can almost see the pitying glance they toss to the waiting fools in the left lane as they roll on up the road.

AND THEY ARE MAKING ME LATE.

I could be gone through the roundabout by now. I could be almost home. But I have to sit and creep forward and watch and watch while a long string of pissy prats sail up and cleverly and cunningly RUIN MY DAY.

This second thing is the worst. Mostly because I can’t help but see it as a metaphor for life. We, the Plain People of Ireland, sit and behave and wait our turn. While the Flash-Harry fast track boyos take and take and take and wave at us and smile condescendingly as they pocket what is ours and sail on by to a better life with our rights wedged in their back pockets.

It makes me mad as hell.

But, unlike the Network Guy, I guess I am going to continue to take it.

It’s why I am where I am. In the queue. Losing.

It’s why you are where you are. Breaking the rules. Sailing on by. Winning.

I do love my town though.

It’s a great place to live.


I too have suffered the teller prompts when using card payments (I resist using contactless because I don't like the idea of being able to be robbed thirty quid at a time so I disapprove of the system) but have found that a mildly sarcastic, "Thanks, I have used this before" gets the message over.

In Milton Keynes, which you might have heard has rather a lot of roundabouts, they have changed the rules on the roundabouts (well, on MOST of the roundabouts) so that the left lane turns left and the right lane goes straight on or turns right. This might actually be quite sensible, maybe, if it wasn't for the fact that THE WHOLE OF THE REST OF THE COUNTRY uses the left lane to go straight across - all it actually means, therefore, is that there are lots and lots of minor collisions.

The real pig about having lots of roundabouts is that it means the tyres on one side of the car get a lot more wear than those on the other (because they're always on the outer side of the circle of turn). I actually wrote to our council and suggested that, given how many roundabouts we have, it might make sense to alternate the direction of the roundabouts so that one went clockwise while the next went anticlockwise, and so on. I'm still waiting to hear back from them.

I feel your pain Ken, I hate using Debit card , I can remember things from 50 years ago, mobile phone numbers, car regs, give me a four digit number to remember, no problem, then tell me it's my debit card pin, bingo, gomey, out of my mind. Roads in Sligo, Bridge st, traffic feeds from Connaughton road into 2 lanes,right ,back to town left away, cars shoot down the quiet right lane & cut straight across,over the flow out,at earliest chance. It drives my brother wild, but simple solution, the left side is about a foot wider than right side, just hug the white line & it's hard for cars to get by you let alone cut you up.We have 3 'painted roundabouts at St Annes, The Hospital, & Strandhill village, people just drive over them than around them, mad really, giving way to cars on your right at roundabouts in Sligo, doesn't happen, it's just like 'Death Race 2000' fastest to the corner wins.Thankfully we don't have the complexity of roundabouts that you do in Castlebar, watching some Sligo Drivers up there would be 'interesting' .Hope you're keeping well Ken GH

Who came before the troglodytes? Homo Godalonekowswhat sitting around in some field getting rained, snowed and hailed on and, one supposes, shat upon by low-flying pterodactyls. Caves have a lot going for them. The only thing is as the population started to grow there literally weren’t enough caves to go round and so alternatives had to be sought. That’s what I think.

I don’t swipe—I doggedly refuse to learn how—and rarely pay by credit or debit card except online. Half the time I attempt it in a shop I end up shoving my card in the wrong way and the cashier has to assist me. You can swipe on the buses now and it’s a few pence cheaper if you do but I was damned if I was going to buy a smartphone for the few weeks until my bus pass arrived. No, I don’t have a smartphone either. The phone I do use (and very rarely) is about fourteen years old and I fully expect to be using it for the next fourteen. I do like my bus pass by the way. Oh I do like my bus pass.

I’m not a technophobe. Far from it. But the technology has to fulfil a need and I don’t need to swipe. I like having a wallet full of fivers and tenners even if they are made of plastic these days. It doesn’t matter how much money I have in the bank (and it’s been a long time since I’ve had to count the pennies leading up to payday), I like having cash on me even if it’s only a pocketful of pound coins; I’ve been skint in the past and didnae like it. I’m not rich—far from it—but I’m not poor and I like not being poor.

I used to live in East Kilbride, known (although not by locals) as “Polo Mint City” due to its having over 85 roundabouts. Now I expect most decent-sized towns’ll have as many or even more; they’ve become very popular. The one you’d like near me is called Kilbowie Roundabout. It has three rotary lanes and four sets of signals. What I like about it—and I’ve never seen another like it—is the way the lanes are organised. If, for example, you approach the roundabout in the right-hand lane you enter the roundabout in the same lane closest to the hub but (and this is the clever bit) if you stay in between the white lines it throws you out so by the next junction you’re in the central lane and by the next you’re in the left-hand lane and as each road leading off has two lanes there’s never any problems getting off the thing. Very clever design. Can’t for the life of me understand why there aren’t more like it.