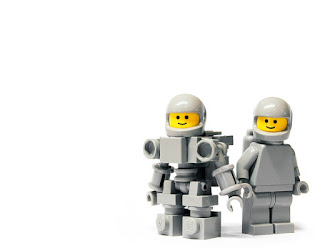 I think the key to much of my collective success and failure in life is largely down to my tendency to misunderstand things. Some of the worst things that have ever happened to me have sprung from that dubious talent and that is perhaps to be expected.

Less expected, perhaps, are the many good things that have happened too. Sometimes my capacity to misunderstand a situation brings me nice things.

This week, on Wednesday I think, I was in the supermarket at lunchtime getting some milk and some other bits for dinner. Just as I finished paying the lady at the counter, I turned and came face to face with somebody else. It wasn’t somebody I recognised but that’s not unusual. It happens to me a lot.

I stepped around this woman, excusing myself for being in her way. She stepped into my revised trajectory and smiled broadly at me. Then she spoke to me.

That’s what she said.

I nodded and smiled back, which is my default position in the myriad of awkward situations that seems to make up my average day.

Not only did I not know her, I did not have a clue what she was talking about.

She was a bright and good-looking person. Dark hair and glasses. From her intonation, she had clearly originated from some warmer country than this one. I thought she might be Spanish but I misunderstand everything so, clearly, that was wrong.

I was utterly baffled but trying to put up a good front. Was she mad at me? She seemed happy enough. Had she overhead my chat with the checkout lady, which was mostly about her deducing what I was planning on making for dinner from those ‘some other bits’ I had bought? Had that annoyed her somehow? Was this phrase she kept repeating some kind of dedicated Spanish (ish) put down especially reserved for idiots who take up the valuable of time of checkout ladies?

She smiled and said it slowly.

And then it dawned. All became clear.

A few days before, I had dropped into the charity shop and explained how I had loads of loose Lego at home from when the guys were younger and would that be something they could sell? The nice lady there (dark hair, glasses) had said she could certainly sell it. If she got it, she would sell it.

So I dropped it in.

And, now, here she was telling me that she had indeed got the Lego and sold the Lego.

I was very pleased to hear it.

I’ve brought her in some more Lego since.

Hopefully she got that and sold it too.

Ah, Lego. Can you believe a) that Lego’s still around? (I mean, when do you see Meccano these days?) and b) that it’s become so HUGE and in ways who could’ve predicted or even imagined fifty or sixty years ago? I loved both of them and got a great deal of pleasure out of both. The problem with Meccano, of course, if that you couldn’t really improvise with it—you had to build things—whereas with Lego it didn’t matter and I couldn’t tell you the number of ray guns I devised. I’m not really that crazy with the way it’s gone with SO MANY specialised pieces but it seems to be working for them.

As for your foreign lady I was just thinking how few foreigners I’ve encountered in the flesh over the years. I’ve had, for example, two conversations with black people in my whole life: one was a young man someone brought to our house—he was English and let me pat his afro (I was only a kid at the time)—and the other an African American shop assistant I met in a supermarket in Hayward where she was cleaning up a broken bottle (lovely she was and so cheery). I’ve never talked to anyone from the Continent or Scandinavia, the Baltics, Russia, Africa or East Asia and the handful of people of Indian and Chinese descent I’ve run across were all British born. Lis Hanscombe and her husband are the only two Ausssies I’ve met in the real world although in my last job we did hire a bubbly Kiwi temp for a while who insisted on cramming as many vowels as she could into every word she spoke. (Scots, Glaswegians notoriously, tend to avoid them where possible.) I did have an IT trainer from South America called Santiago Santiago. I forget which country or what the hell he was doing teaching IT in Glasgow. And I do think that’s it apart from my wife and her family. Shocking when you think about it. Mind you the fact I never go on holiday doesn’t help. Actually I don’t think I’ve ever had a face-to-face conversation with an Irishman or a Welshman. How weird is that? What a sheltered life I’ve led.