I Like the Two Seat Option on the Train 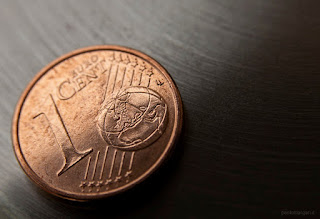 I like the two-seat option on the train. I always try to book one of those seats which just has one other seat beside it and none across a little table from it. That’ll do me, thank you very much.

I had one on the train to Dublin on Thursday morning. I was right in beside the window and I spent nearly all of the journey listening to some podcasts and watching the landscape slide past. There was lots to see. Thousands and thousands of lambs, jumping and running and suckling at their mothers, their tails going nineteen to the dozen.

The two-seat option provides a defensible space. Someone may come and sit beside you but it is only one person on one side and that can be managed. The four-seat option (with table) is probably great fun when you’re part of an actual party of four or perhaps even three. When you’re on your own, the four-seat option (with table) so often leaves you feeling like the odd one out. That or you get a nun. I used to get a nun across from me a lot and she could smile all she wanted; it was still a bit freaky.

On the journey home on Thursday, I was in a four-seater. At Athlone, the one quiet person who had been sitting across from me hurried off the train. Ever since I had offered her one of my Rolos she seemed to be of the impression that I was some kind of weirdo. Heavens knows why, it wasn’t like it was the last one or anything.

As she got off, a mother and her two sons got on. They took the other three seats of my foursome. I was clearly the 25% of the equation now so I buried deeper into my book and plugged my earphones in a little tighter.

The two boys were… what ages were they? Maybe twelve and eight, something like that. They were a bit loud and lively. They sat across from each other and engaged each other in various forms of banter and taunting. Mum looked like she hadn’t slept since they were born, she kept a gentle but firm maternal paw on both of them, easing them back if they went too far.

I smiled and nodded and left it at that. Again I watched the landscape as it passed. I recognised animals and other things I had seen this morning on the outward journey. They would still be there tomorrow.

I suppose I was slightly uncomfortable with the tight little family unit at my four-seat enclave although, of course, I had no right to be. I wished I’d booked my two-seater, as I thought I had.

With about half an hour left in the journey, a general lethargy sets in to the train population. The two boys had burned up various entertainment options including noughts and crosses, mobile phone video inspection, and some messy little game where you name things from a particular letter of the alphabet and write them down.

The younger of the boys was sitting diagonally across from me. I think he was a bit intrigued that I was so silent and unengaged. I think I was probably a bit surprised myself. I usually engage too much and that’s one of the reasons why I prefer the two-seaters.

I had my inevitable penny to mark the page in my book. It sat on the table between us. I pushed the penny towards the young fella and pointed towards it with my index finger. He looked at me and looked at it and then looked at me once more. Then I passed my open hand over the coin and vanished it. It’s a pretty simple manoeuvre when you know it but the effect is still a bit startling when you don’t expect it. The boy looked stunned. I put the coin back and then vanished it again. The boy gave it a try. He couldn’t do it. Then I showed him how it was done – a very basic thing.

He spent the rest of the trip trying to master the simple trick and by the time he arrived he had it pretty much perfect. I let him keep the penny.

As we got off the train, he kept looking back at me. The two boys had reminded me of my own boys, the age gap being almost the same.

We hadn’t exchanged a single word in the whole transaction, that little family and me. I had smiled after showing the trick, mostly to reassure Mum that I wasn’t a threat to anyone. She has smiled back, an entire little world of fatigue in her eyes.

Perhaps, for a while, I would be the magic man on the train for that wee fella.

The idea of being stuck on a long train journey sat opposite a nun sounds like the beginning of a great story.

I miss trains. Buses are so much more convenient these days. I have to go out of my way to catch a train and that kinda defeats the purpose.

A couple of years back my daughter relocated to Cumbernauld, a fact I reveal now only because she's moving again in a couple of weeks, but I used that as an excuse, an expensive excuse, to get the train back to Glasgow. I say "expensive" because the train station is nowhere near where she lives and I had to physically walk past the bus stop to get to the taxi rank but I was in the mood and as I'm rarely in the mood to spend money I don't need to on myself (I'm always happy to fritter away my fortune on others) I happily tossed away a fiver on the short trip. (Had I known the area better I might've walked there--on the map it doesn't look far--but I didn't want to take forever getting home. It was the afternoon and so the train was practically empty. Had someone chosen to sit beside or even across from me I would've been irked but I was left in peace. It's like when you're at the urinal and some bloke unnecessarity opts to pee shoulder to shoulder with you or, even worse, pass the time of day with you. But I digress. It wasn't a long trip but it was cool and bright and I didn't even try to read. I simply enjoyed being pretty much alone. You so rarely get that on buses unless you head upstairs; that definitely increases the odds.

I'm not a huge fan of modern trains. Cars still have some character but not so many trains these days. And I dislike the open-plan carriages too. I much preferred the ones split into compartments with room for six, the kind you get in so many comedy sketches. I don't recall ever engaging anyone in conversation there but they were great for slyly watching people trying not to be watched or to be caught watching anyone else.

I'll leave you with Marty Feldman and John Cleese.

Trains Journeys Memories Fears, of never seeing that face again
Or hearing the same old story.
Of late night planning when hope was alive, of life.. after, of trips ..after, of meals...after

Trains Journeys Remembering..Knowing, that now there will be No After...