Give me a Clue 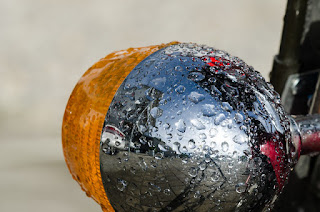 People who drive have largely given up on using their indicators and it’s driving me mad.

On every street in every city there's a nobody who won't tell us about their next manoeuvre.

I’ve learned to enunciate my swear words very clearly so that these drivers can clearly lip read my displeasure as they swing across in front of me without any prior hint of their intentions. For sure, they know a lot more about my emotional state then I know about where they intend to go next.

Even worse than the hoards of cretins who never use their indicators are those who switch on their flashing light when they are already half-way around the corner. What earthly use is that to anyone? I’ve already had to stomp on my brakes to avoid you. What’s the point of telling my you’re going to turn after you’ve already gone and done it?

Neither does this ill behaviour break down usefully in terms age or wealth or gender or anything else easy like that. Old and young, male and female, rich and poor, all are making their right hand turns with no regard for anyone but themselves.

Ironically enough, it’s indicative of something, this lack of indication.

We have all become increasingly self-interested and inward looking. If it doesn’t directly help us, we don’t bother doing it. Occasionally, we are guilted into some communal action by the news or by some little girl on the news. Then we flick those metaphorical flashers for a moment and feel great about how thoughtful and community-driven we all are.

The unused indicator is all the indication we need. We have become a world of crude metaphorical cartoon ostriches, our heads either up our own asses or up the ass of the ostrich in front of us. We rarely think of anybody else and if we do, it’s invariably too late when it finally occurs.

The use of the indicator on your car is an outward-thinking gesture. It shows some awareness of the people who share the world around you, who are only trying to make their way safely home.

The use of the indicator doesn’t mean you have to stop and bring these people home and feed them and show them something on Netflix. None of that. It just means you care a little that they get there safely. That you are willing to do a tiny bit to make their existence a little more navigable, a little more bearable.

The use of your indicator shows that you still care a tiny bit about somebody or something other than your own ridiculous self.

So put your indicator on.

I'd say that post came directly from the heart! Some people do seem to be in their own person shaped bubble. They bumble through life without any thought to their impact on others. Could I also introduce my own bugbear - foglights with no fog. Happy motoring!

This is my absolute highest complaint too! We have a lot of roundabouts here and it drives me bloody spare!

My attitude is to use it all the time, even on quiet roads with no traffic. If anyone queries this behaviour I tell them this: Why should I feel foolish indicating to no-one when there's no-one here to see me? And should a car suddenly appear around a corner, well then I'm indicating as I should be. To me it's all about good habits. If you do it all the time, it becomes second nature. GRRRR! Okay I'm fine now.

Since I no longer drive—and haven’t owned any kind of vehicle in some twenty-five years—I can’t say I’ve noticed any recent decline in politeness on our roads but I’m sure you’re right just as I’m sure it’s indicative of something deeper and more troubling. I’m a rules man myself. It’s why I enjoy writing and composing, well one of the reasons. I discovered recently that there’s a correct order for adjectives. In English this is: quantity or number, quality or opinion, size, age, shape, colour, proper adjective (often nationality, other place of origin, or material) and purpose or qualifier. I’ve no idea if I was ever taught that at school but I’ve always known—instinctively I’d guess—what sounded right. The same goes for chords in music; there’re acceptable sequences and there are those that’re obviously off-key. When I learned to drive æons ago I have to say I did get a kick from memorising the correct sequences for things like the MSM/PSL routine: Mirror Signal Manoeuvre Position Speed Look. I was never much of a dancer but I can imagine the thrill one might get executing the steps fluidly and without stomping on your partner’s toes. That said looking back at my driving over the years I did notice a certain lackadaisicalness creeping in, a, for want of a better word, sloppiness. And I find I’m embarrassed to admit that even here. My own personal take on the whole indicator thing is a little different to yours now I’ve had time to think about it. I think we Brits are trying (and maybe a little too hard) to shuck off our reputation as sticklers. Americans have always been far more relaxed about things like etiquette. Not indicating is a small act (unconscious I’m sure) of rebellion. Yes, I’m supposed to flick this little lever with my pinky but it’s not really all that important; the car behind will intuit from my actions what my intentions are. I’m not discounting your self-centredness theory because I’m sure there’s a lot of truth in that too.