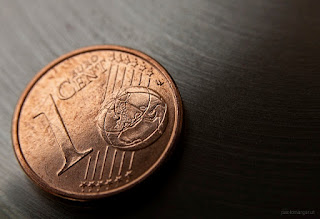 So now there’s this lady who rings the doorbell of my office every time she walks past. She doesn’t stop or anything. She just keeps going.

My office is on the second floor, four flights of stairs up. There’s no intercom and you can’t see down to the door from out of any of the windows. When the doorbell goes, it’s a matter of galloping down to see who’s there. Lately, I’ve been doing some galloping to find that there’s nobody there at all. It’s little or no fun.

I hadn’t known what was going on for a long time. The doorbell would go, often quite late in the day, and I would tear down the stairs in my usual state of nervous enthusiasm and, voila, ‘nobody there. There would be nobody in sight up and down the alleyway either, the mysterious ding-donger would have evidently taken off at a considerable pace because I am by no means tardy in descending those stairs.

One day, I figured it out. The doorbell went and it was late in the day and I was suspicious so I looked out of the main window, the one that looks out over the car park, and there she was. A lumpy middle-aged woman in sweat pants and toting a small rucksack. She was progressing across the middle of the car park at a fair old clip. I could see at once that she was an eccentric (it takes one to know one) and I immediately reckoned that this was my Doorbell Lady.

It only took a couple of more occurrences for me to be sure. A late-in-the-day doorbell and a quick glance out of the window to see the now-familiar broad back receding across the tarmac. Not running or sneaking away, just moving forward through the world at her bright and pacy pace, ringing the doorbells as she went.

Even though I am now fully aware of the Doorbell Lady and her habit of giving me a tinkle every time she passes, she still catches me out sometimes. Sometimes she might be walking the other way and I can’t see her out of my window. Then I’d have to assume it was a genuine ringer and clatter down the stairs to see who it was. When I find that there's nobody there, I swear softly but pretty fucking fluently under my breath, slam the door unnecessarily, and storm back up the stairs.

The most recent time I was caught out was just yesterday evening. A distracted dash down the stairs to an empty laneway. Well, not quite empty. The Romanian Lady who often sits at the top of the steps was there, shaking her head in a silent denial of any possible forthcoming accusation that it was her who had rung the bell. After the head shake she performed a subtle but effective mime of the swaying rear end of the Doorbell Lady, simultaneously conveying both her own innocence as well as her witnessing of the actual guilty party.

In some obvious respects, she annoys my arse. This Doorbell Lady. Of course she would. She frequently disturbs my work flow and my tenuous concentration. She often sends me on a fool’s errand, up and down the stairs like some decrepit over-keen gobshite. I know she isn’t on any errand of mischief or anything like that.

I actually think it is just a routine for her, an element of her eccentricity. We all have them, myself included. Only yesterday, during my lunch break, I stopped dead in the middle of the street to pick up and keep a dull penny that lay there. I stowed it carefully in the tiny pocket that sits above the bigger pocket in my jeans. I didn’t think this coin would bring me luck, or money, or fortune, or benefit of any kind. I just thought it was a thing that had known considerable care in its design and manufacture, a thing of purpose. I just thought it deserved one more shot at usefulness. It’s marking the page of my book now and will continue to do so until I lose it (which will be quite soon). Then I’ll find another and use that.

I’m just an odd fecker, exactly like my Doorbell Lady is. I might breathe a swear word at her receding arse now and again but I’ll forgive her too.

After all she, and people like her, they sort of bring the colour to our day.

If you ever spent a day with me in my office, you most likely wouldn’t remember the phone calls or the hours of computer work, or the emails that were sent or the tea that was drunk. You would, however, most likely remember the odd dumpy lady who rang the doorbell with some urgency and then waddled off on her way to God Knows Where, possibly ringing a multitude of other bells along the way.

So roll on, Dear Doorbell Lady. May fate and fair weather look upon you kindly. You and I and others like us are the very salt of the earth. The flavour in that bland daily sandwich.

We may annoy your hole now and again but don’t forget that you need us around too.

Because we bring the memorable bits.

So not quite Alan Bennett’s lady in the van then? I’m trying to think if I’ve known any eccentrics but I’m not sure I have. There used to be an old man who sat on his wall and we’d see him on the way to and from school so we’re talking eight in the morning. I remember thinking that odd but I expect he was simply lonely. He never cat-called anyone or flirted or seemed to want anything other than to be acknowledged. Esse est percipi as Bishop Berkeley famously put it: To be is to be perceived. I get that. I don’t need to necessarily be seen physically—you and I have never seen each other—but our respective existences have not gone unnoticed. Mostly I seek to be noticed through meaningful acts. Like this. On the surface your bell ringer’s actions seem quite the opposite but maybe all she’s looking to do is exert power in a world where I expect she feels increasingly powerless. What puzzles me is that she wanders off afterward and doesn’t look back to see the effect of her actions. Maybe that’s not important. If no one was at home then no one would come. I guess it’s like tossing a coin. Sometimes it’ll be heads. I could flip a coin in the air a dozen times and never look at it when it lands but I’d know some of those times—maybe even six times—it’d come down heads.

I also pick pennies up off the ground. They end up in a piggy bank—a wooden pig Carrie tells me she bought me but I can’t remember—and eventually make their way into plastic bags and, when I can be bothered, find their way to the bank. The same with 2p coins. Everything else gets spent. I’m still very much a cash person. I used credit cards online and for major purchases and even there most of them are made online these days.

I loved the Romanian lady who did an 'arse waddle' impression and you knew what she meant.

My first instinct was 'get yourself a wee camera on the door' or 'set up a little mirror thing that you can look out of the window at and see who's at the door'.

But, no. You shouldn't do any of that. You should keep playing the game, just as she does. Besides tearing down the stairs, swearing softly, then climbing the stairs again, is probably good for you. Consider it a screenbreak.

I pick up pennies and any money but because I am skint not because of any perceived luck. Any joy I have from finding any cash is always ruined by my pessimistic self who tells me that I probably dropped a tenner last time I opened my purse and I will need a lot of pennies to make up for that!