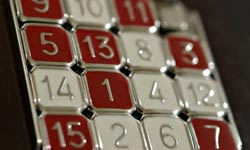 I was at a thing recently where four very good writers were reading and talking about their process a bit. They touched briefly on what things are like when they are not actively writing. They mentioned stuff like walks in the woods and Douglas-Adams-style long baths and some of them even subtly alluded to some vague sense of guilt and unease that accompanies the non writing times.

I tried to make a point in the Q & A at the end. The point was about how the periods of not writing are important to a writer. I just don’t think I did it terribly well. I wanted to give it another quick bash, if that’s all right. So that’s what this is.

What I was trying to say is that I often find the times when I’m not physically writing to be very valuable and important to the writing process. Of course, I can only speak for myself and I may not be the best advert for any process I may have adopted over the years but there you are. You take these things as helpful or you leave them. You throw them at the wall and keep whatever sticks, for interior decoration.

Let me rattle on for a moment and see where I get to. I think that’s best.

The things I am planning to write about are like planes arriving at an airport. They are stacked up back over the cloudy horizon. Some are clearly planes, with sunlight glinting off the wings and all that shit. Others, further back, are a mere dot in the sky with perhaps just an occasional flashing light. The closest one is right there, it’s about to touch down and it’s huge and you can see little faces looking out of the windows and it’s slightly off course and one wheel may touch the grass as it lands and Oh Shit!

Sorry, that nearest one is a terror.

The point is more about those dots back there in the sky. The arrivals board may have a clear indication of when they will all land and when their baggage will be delivered onto the carousel (unless it’s hand luggage) (enough, already, get on with it). It’s just that they may get diverted, they may get sent around the skies again. Perhaps the undercarriage didn’t come down quite as expected. Perhaps it has to burn off a bit more excess fuel before it’s ready to land.

Those planes up in the sky may just be dots but we have a good idea of what they are. They are full sized planes and someday (maybe not today, maybe not tomorrow etc.) they will be there on the apron all glittery and huge.

But here’s the point. At least I think it is. They can’t come down until they're ready. If you bring them down before they’re ready, the passengers will be all shaken up and uncooperative. The pilot will be a mess. You have to send them around again. One more time, maybe two.

Let me ‘for instance’. About this time last year, I promised someone a play. It was a reasonably large dot on the horizon. I could see it had a red tail wing but then most planes do. I thought it was coming in clear and that the pilot would be on the shuttle to the Holiday Inn before tea time. Nuh huh. It went around. Then it went around again. One time, the damn wheels nearly touched the tarmac but, no, it wasn’t correctly aligned. Off it went again.

All the while, other planes were coming in and landing. Some of them were only little single engine things, some of them with people only learning how to fly. Others were a bit bigger. Some older planes came back from abroad too and they had to be serviced and fuelled and sent off again on their way.

But that one, the one on the timetable… it still wasn’t ready to come in.

This is where the airport analogy goes out the window. I’ll try another one if I may. Suddenly the thing is ready to land. Something remarkable happens. It’s like… it’s like one of those puzzles, you know the ones. A frame of little plastic squares and one square is missing and you push all the little squares to try and make a coherent picture (minus one square). Yes, I knew you knew them. The plane still in the sky is now like one of those puzzles. You slide the pieces around in your head and it doesn’t  fit and it doesn’t even make sense and then… And then, all of a sudden, a sense seems to arise out of the pieces and an end seems in sight. There is a rapid (very rapid) series of ‘click click click’s and, finally, there it is. The picture is complete. No real system got me here, no real logic. The pieces were just slid and shuffled and the effects of each shuffle briefly (sometimes subconsciously) considered until, wow, there it bloody is.

This plane will come down now. There will be a mad flurry of baggage handlers and men driving trucks with stairs on the back and ladies with over-large ping pong bats waving me to my stand. It will be bat shit crazy for a while but it will land.

To try to explain it without silly metaphors for one sentence. A story that I previously struggled to summarise in two tightly typed pages can suddenly be summarised in one word. One little word. No, I won’t tell you what that word is. When the thing is finished and if something comes of it, I’ll happily tell you then. But, for now, it’s my mantra, my secret.

All that time of not writing about the plane that went around and around in the sky. All that time, the squares in the puzzle were being slid around in the back of my head. Sometimes almost subconciously, sometimes with complete absorption and obsession. I could have written something at any time along the way but the plane that would have landed would have been badly dented, with birds stuck in the engines, and perhaps even a wing broken off.

This time, with this one, I’m going to bring it down all in one piece. The passengers might even give a ripple of applause as the seat belt lights finally click off.

I get this. No, I really do. I’ve read hundreds of articles about how to write and they’ve all been fascinating. And they’ve all been (mostly) unhelpful. I read my last one only a few hours ago here and I’ll keep reading them because they’re fun to read and then I’ll go away and do my own thing because that’s all I know how to do and, as I’ve said before, I’m not much in control of that. That’s what a large chunk of The More Things Change was about, the “other” I have to work with. It frustrates the hell out of me that I can’t sit down and just write because I can, I can sit down and without thinking hardly, like just now, write. Writing’s easy. Writing what I want isn’t.

I agree with you totally about non-writing times, the times when you’re not physically engaged in rattling away at a keyboard. A few years back I wrote a long blog about boredom. Did a lot of research for that one too but it only underlined what I’d already worked out for myself: boredom is an essential part of the—my—creative process. It’s like sex. I could have sex right now. It’s not especially complex and it’s not like I’ve not done it before. I don’t feel like it but if my life depended on it I could rise to the challenge. But it wouldn’t be much fun. Okay, I might get into it once I’d started or it might simply be something to get out the road so I could go back to doing (or not doing) whatever it was I was doing (or not doing) beforehand. I know a lot of writers force it. They sit down at the same time every day and write (or try to write) for the same number of minutes or hours and sometimes they get into it whereas other times it hardly seems worth the effort: they throw out more than they keep. I can see how some people can work like that. But that’s not me. That seems every bit as much as waste of time as sitting doing “nothing” so-called. Only we’re not doing nothing are we? I wrote a poem a couple of days ago. Came completely out of the blue and almost as you got to read it on Carrie’s Facebook page. (Goodness knows why she wanted to post it but I’m not complaining.) WHO wrote that poem? I transcribed it (took about two minutes) and tidied it up but that was about it. It was pretty much handed to me on a plate. And I’m grateful. It was a poem that clearly needed to be written and it came as a great surprise because I really am getting to the stage where I can’t think of anything I need to write about that I’ve not already worked out and put to bed.

I really object deep down to people telling me there is a way to write. I could suggest that you can’t have sex unless you’re dressed from head to toe in latex and with a ball gag in your mouth and I do suppose that would work for some people but… well, you know where I’m coming from. There is no right way to have sex and there is no right way to write. Whatever works for you and what worked last night probably won’t work tonight.

This is one of the things that I find depressing about the Internet. There are always people going on about what they’re doing. It’s like that girl I mentioned to you before whose doing a hundred days of writing. Good for her and if having to report in every day to the world helps here get done what she needs to get done then fine but that’s not me. Some people need to go to Weight Watchers to lose weight; others just cut down and/or out and lose the damn weight. For me writing is a private thing. I don’t particularly want to share the process with you. I don’t want to share my sex life with you but I’d be happy for you to meet my daughter.

Love the plane metaphor by the way. Very good way of putting it.