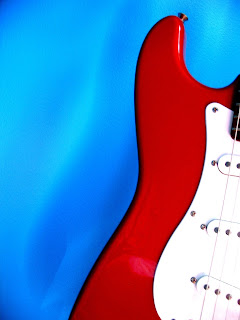 I love being involved in making theatre. Most of all, I love writing for it. It has its limitations, of course. Unless you’re (insert somebody famous here), the reach of what you do will remain quite limited. The theatre space can only hold so many people and the number of nights it can be lit remains small. Also any recording of the event tends to dilute or even lose the magic beyond repair. So it's usually quite a small thing.

All of that, yes, but still I love it.

And, as with most things in my life, I have been lucky in theatre. I have been lucky to wash up in a town with the brilliant Linenhall Arts Centre who warm me and encourage me and who give me space and time to do my theatre stuff. A town peopled with folk who can do the theatrical things that I cannot do. People who are okay with doing them with me.

So, yes, incredibly lucky in theatre. Here in my town, I get to grow my little plays and then watch them venture out tentatively into other places, with other people, in other productions.

Gosh, it sounds fabulous, doesn’t it?

And this week, the adventure begins again.

On Tuesday afternoon, me and Donna Ruane the Director and about twenty powerhouse teenagers will meet up in the Linenhall Theatre for the first read-through of my new play ‘Deb’s Night’. I think of this as my third full length YA play. The previous two ‘The Moon Cut Like a Sickle’ and ‘Midnight in the Theatre of Blood’ had brought me much fun and journeying and excitement. I hope this one might do more of the same.

More than the other two, I think this play offers a ‘blueprint’ for a strong innovative YA group to stamp their authority on. It’s a portmanteau story centring around a group of young people as they approach their graduation night. There is a central theme concerning families without one or other (or both) parents and there is a ‘loose’ feel to it that might either baffle of intrigue the audience. Time will tell.

I’ve worked long and hard on this one and it will be a bit nervy, now, to see how it gels. The last few productions I’ve been directly involved in, have all been of plays that had been done before. No matter how original the production, there was always the safety net of knowing that it had played to an audience before, that it had hit its mark. Here, we have completely untrodden ground. Who knows whether we will all be stepping along a solid path or wading in a bog.

These last few weeks, knowing that the reading day was fast approaching, have been busy too. The play was written last year but these final weeks, with the energy of the upcoming production looming, sees the text being interrogated pretty intensely. Are there too many words there? Would anyone ever say that? Why is she doing that, why? There is no other moment when I feel more like the ‘wright’ that is included in the word ‘playwright’. This part is always more like a physical job of building than a pensive job of creating. There is cutting and paring and slipping things in and easing things out and moving around the room and talking aloud to oneself. The sheer excitement of knowing that, for better or for worse, the words you are currently ‘wrighting’ will find an audience and will have to connect to them in order to succeed.

This play would not have been written if it weren’t for the energy and joy of Donna’s Acting For Fun Company. Last year, in performing ‘Midnight at the Theatre of Blood’ and ‘Fine’ at the Linenhall, they forged such bonds of friendship, creativity and performance and they won the audience each time they did it. It would have been a crying shame if I could not have written myself into a place where I might be allowed to witness it all again this year. In the way a force can sometimes be, the force of this group has become a sort of a muse for me, giving me a reason and a motive to get my wrighting work done.

On top of that, my quirky little play ‘Conception, Pregnancy and Bert’ is currently being rehearsed by Wild Swan Theatre Company in Gort. I’ll be driving down to see that in a couple of weeks. Also there is another new, adult, play in production, to be seen in March , but I can’t really say too much about that because it’s not all out in the open yet.

It’s fun though. It’s all the best of fun.

Today, I’m continuing to print scripts. Twenty two of them. At eighty three pages per script. The machine will be running hot. Then, on Tuesday, we’ll all meet in the theatre, turn the first page, and read it aloud.

I wonder how it will be?

I’m hoping it will be pretty good.

Always pleased to hear you’re doing well, Ken. One of these days I might even see one of your plays (I’m discounting the film and the wee video you posted a while back). I’m not sure how I feel about plays not being filmed though. Just think about all the incredible performances on stage that only a few hundred people saw. I think it’s criminal that there’s no recording of Ian McKellen and Patrick Stewart’s take on Didi and Gogo. It doesn’t matter that something is lost in the translation. We accept that with translated novels. Something is better than nothing. I saved a copy of Harold Pinter playing Krapp and it’s wonderful (albeit far from definitive) and it would’ve been horrible if that’d been lost.
YA I don’t get. When I were a lad there were kids books and adult books and there were it. I’m really not sure when YA crept up on us. I’m not saying it’s a bad thing but it is something I missed out on. When my daughter came to live with me—she was seventeen at the time—she was interested in theatre and so, as you do, I sat down and wrote her a play, Living Will. It’s actually a monologue. Imagine Krapp’s First Tape if Krapp was a thirteen-year-old girl dictating her living will into a video camera and you’ve got it. Well, that was more than enough to put my daughter off acting for life. I’ve not looked at the thing in twenty years. Hard to imagine any young actress being capable of memorising the thing but one never knows. Anyway that’s the only thing I’ve ever written that might be classified as YA but I don’t think of it as a YA play. It’s just a play and, in my head at least, its intended audience was always an adult one.

Thanks Jim. You've got your novels and poetry collections and I've got my plays. As my Mum used to say, "Every pair of ye is a couple".