If Ever I Would Leave You 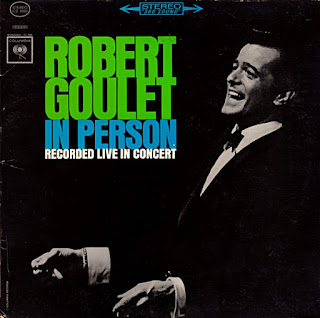 The title of this post refers to that song from ‘Camelot’ by Lerner and Loewe. If memory serves, it’s Lancelot thinking about which season of the year he might best leave his true love.

“If ever I would leave you,"  he muses, "it wouldn't be in springtime.”

I’ve been doing this blog thing for quite a number of years now and, if ever I were to leave it, it would definitely be at this time of year.

The start of the New Year.

The very easiest time to go.

Christmas time creates a small hiatus in the whole blogging game.  At Least it does for me. Maybe there’s a post missed. Maybe that’s doubled up with a rather lazy post that is nothing more than a summary of posts from the year past. Whatever the reason, some natural momentum is lost. New Year then lands and it stretches ahead, momentum-less and long.

A post a week comes to about 48 posts a year, given the inevitable couple of weeks which will be lost along the way. At this moment, and same as always, I have not one single solitary clue as to what any of these posts will be about. Not one.

“Why bother?” It simply says.

This time of year it’s a little louder than at any other time of the year.

“Why bother? Who gives a shit anyway? Wouldn’t you be better using this valuable time to progress that ‘thing’. You know, that ‘thing’ that might actually lead somewhere if you could get it wrapped up tight. Come on, dude. Give it up. Just slip away. Let it go.”

I suppose people who stack up posts have an easier time of it. When there’s a lull, an instance of self-doubt, that little nest egg of thoughts and dreams could carry you through. That wouldn’t be my way, though. If the blog has any value at all, it is that it is fresh and ‘of its moment’. Every week, I try to identify some single thing that is sitting up prominently in my mind and I give it eight hundred words, or so, to see where it might lead. It’s often a useful exercise, for me at least.

As for the posts themselves, I find they tend to circle around a smallish hillock of recurring concerns and themes. Out of a year’s worth of posts, I might look back and see four or five that might be of some limited value. If I’m lucky, there might be one or two with lasting interest. Last year, there was one.

There’s also the consideration that I don’t really care all that much about it. I really don’t. I used to care if people came and read it. I used to watch the numbers and the statistics to see if the trends were up or down. These days, what was a stream is now a trickle. But I don’t care. Perversely, if someone is coming every week to read this stuff, I tend to think they’re not doing themselves any favours. There will be repetition, of subject matter and certainly of tone. There won’t often be anything earth-shattering or new. Don’t get me wrong, I like it when people come by. A comment or a tick is still a warming thing. But it would be foolish to hang around wishing for them and I certainly don’t.

That’s the thought that has gotten me started in practically every New Year that I’ve been doing this, at that moment when I could so easily leave you. I may very well stop, I tell myself. The reasons for doing so are all sound. Just not today. Today I will spit some half-arsed piece out and get it done. Perhaps it will be unusually self-pitying and indulgent. Never mind that, it will be done.

And then I will plough on and I will start once again to see the benefits of my little regime. How much pleasure I get from assembling a single thought into a coherent piece. How much the collective years of posts build up a mosaic of my mind and my preoccupations like no other thing that exists.

How very good it is for me to be writing.

So, there, week one is done, practically in the can.

And as for next week and all the weeks after that. Well, they will take care of themselves… or they won’t… we’ll just see how it goes. It’s like the man in the song finally concluded:

If ever I would leave you, how could it be in springtime
Knowing how in spring I'm bewitched by you so
Oh, no, not in springtime, summer, winter, or fall
No never could I leave you at all.

There aren’t many of us left, Ken, who haven’t fallen by the way. I’m just like you. I wonder why I’m still at it. What is the point? The point is the point has changed. The point was never the point, the point we were told was the point. Not everything has to have a point. Not at first. Sometimes the point comes along in the process and sometimes it doesn’t. That’s writing and there’s no point in me preaching to the choir. I don’t gamble, at least I don’t think of myself as a gambler or even someone who takes risks. That’s not me and yet as I’m writing these words I’m wondering, Where the hell are you going with this, Jim? and I didn’t really know when I wrote those opening sentences but then all that stuff about points appeared and it looked like I might’ve something clever brewing so I kept going but it seems to have gone. Oh well. Damn! Coffee cup’s empty and too late to think about making another. Better keep going and see where we end up.

You and I are writers. We do other stuff, yes, but when all’s said and done, when we’re alone in the bathroom looking in the mirror it’s a writer we see looking back at us. I thought when I quit work I’d write constantly, hours and hours every day. The prospect made me dizzy with excitement. Looking back on the last ten years the only substantial body of work I’ve actually created is my blog. The half a novel, the two novellas and the few dozen poems pale in significance when compared to the hundreds of thousands of words I’ve written and some of it was actually all right. It wasn’t great literature or anything but, as you say, it was me writing and I like writing. It really doesn’t matter what I’m writing about I do love the physical sensation of my fingers clattering across this keyboard.

At times like this I think of the old Greek philosophers most of whose names I can’t remember but every now and then I’d run across some quotes by them and one day it dawned on me that these blokes lived sixty or seventy years and all anyone remembers of them after a lifetime’s scribbling in the margins is a dozen, maybe a couple of dozen words. Was that the point of writing?

My dad told me once that the point to life was life itself and I didn’t get it. I imagined being kept alive in a cell for seventy years and that sounded like hell to me. The thing is most of us never even manage the quote that will survive us for several hundred years. So what? You more than anyone should get this. You’re primarily a playwright. Your words are ephemeral. Most people, as with your blogs, hear them only once, enjoy them for what they are and move on. They don’t buy copies of the plays; they don’t sit down after their dinners to underline the good bits. That’s not what it’s about. Every week I read your blog and every week I come away with one thought: Damn it. I can’t pack it in as long as Armstrong’s still at it. You’re my spotter. I suppose I’m yours. Just one more rep. Feel the burn. You can do it.

This made me smile. IT's a thought that I have too, "I can't give up and let Jim carry on...". We're like neighbours who hang up our best Christmas lights every year although nobody else cares. :)

You're right, too, that I feel like a writer but I still don't feel I deserve to call myself one. I guess I haven't ever met my own elusive criteria for doing that.

On we go, I guess. Happy New Year to you and Carrie. I can call you a writer easily. There's no problem there at all.

Well I read 'em every week Ken so there's that at least. I see it as your 'Rocky work-out montage'. You see him, toiling and sweating then he goes out and fights.

This is your gym.