A King for an Hour and a Half 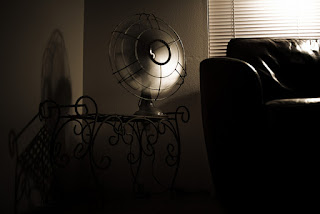 On Wednesday evening, I finished work at five thirty. As I was packing up my bag, an alien thought occurred to me.

Patricia is away for a few nights, working. Sam is on a school trip to Dublin. There is nobody at home. For at least the next two hours, I am on my own and nobody needs anything from me. I could… I could do whatever I want.

I got on the phone and ordered a chicken curry and rice from the local Chinese restaurant. It would be ready to collect as I drove past the door. I picked it up and then I high-tailed it home. With the dinner cooling pleasantly in the kitchen, I laid the quickest fire I ever put on, punched the couch into reluctant shape, poured a long soft-drink, unleashed the curry and settled in.

There was a film on Netflix I’d wanted to see. One that nobody else in the house would ever care about. I fired up the telly and put the movie on then I sat back and tucked into the curry as the fire blazed to life.

I have to tell you, I felt like an Absolute King.

That sounds silly, I know. I’m on my slightly tatty couch with a cheap curry watching a second rate streamed movie and that makes me feel like a king? Get real, Ken. Get yourself to a posh holiday resort or, bugger that, just get yourself up to the top of some windswept hill. There are times and places to feel like a king and they are not slouched on your couch on a rainy Wednesday evening.

I hear you. I know what you mean. But I reckon that peace and contentment tend to lie where we find them and not where we think they will be.

Plus I never really do this kind of thing. Something just for me. Even when there’s an opportunity, I never really think about doing it. I’m not sure what was different on Wednesday last. Maybe my soul was telling me I needed it. I don’t know.

This is not to say that I don’t have ‘Me’ time to work with. I do. I actually manage to find my share of ‘Me’ time. The trouble is that I tend to use it in familiar, well-worn, ways. In my ‘Me’ time, I read, I go for walks, I try to write, I peruse Social Media or, if I stop doing anything at all, I tend to quickly fall asleep.

So the fault doesn’t lie at the feet of Time or Opportunity. None of that. It solely lies within my imagination and my willingness to step out of my flowerpot and just, really, be especially nice to myself now and again.

I must try and do it a little more of that kind of thing but, truth be told, I probably won’t.

I’ve never been the most important thing in my life and I don’t think I ever will be. As a matter of fact, I hope I never will be. Family comes first and, as long as they need anything, I won’t really need anything myself. On Wednesday evening, it seemed like they were all taken care of so I guess I became momentarily important.

It was a nice feeling, being a king for an hour and a half. Whenever I get another chance, I’m going to try to do it again.

But I won’t be sitting around mournfully pining for my regal moment to come around again. I’ve got lots of things to get done, people to take care of.

And that’s quite all right too.

There’s me time and there’s me time. Most of my time these days is me time. Carrie’s far from demanding. If anything I’m the one who puts the kibosh on things. There’s a reason for this and as a fellow writer you’ll get this. It’s so easy to get lost in your own wee world and in the past, twice in fact, I allowed that to happen. I swore it would never happen again. As you say, family comes first. I’ve read about selfish artists and although you could talk about their “selfless devotion to their art” I don’t buy that. There are enough books and paintings and other works of art. The world really doesn’t need many more. Would it have been such a tragedy if Ulysses or Moby Dick had never been written? We only ever experience a tiny fraction of what’s out there. It seems like every day I’m running across a new writer or composer who I’ve never heard of and who’s produced a whole lifetime’s work that I’ll never read or hear and a part of me aches because I want to try everything but I can’t.

Carrie’s been going to the States a lot over the last few years and so I’ve had some enforced me time, weeks at a time, and I cope but I’m not sure I prefer it. There are advantages—I can eat when I’m hungry and sleep when I’m tired; I don’t have to stick to anything resembling a strict routine—and I do like that up to a point but there’re so many things I don’t do when she’s not here and I’ve never quite figured out why not. I’ve lived on my own twice before and I was obviously younger than and enjoyed the freedom and I suspect that’s a part of the problem; the novelty’s worn off. Who knows?